Com Truise gets a little nostalgic at Wrongbar

Com Truise brought his Ghostly International approved tunes to Toronto this weekend. Taking to the Wrongbar stage well into the witching hour, Seth Haley delivered an atmospheric but highly danceable set, proving that his music sounds as good in the club as on a late night home stereo.

To furnish his flimsy, chillwave genre, Com Truise takes the ambiance of electronic icons like Aphex Twin and Boards of Canada and tethers it to some crunked-out drum-sounds in an effort to keep contemporary club feet moving. 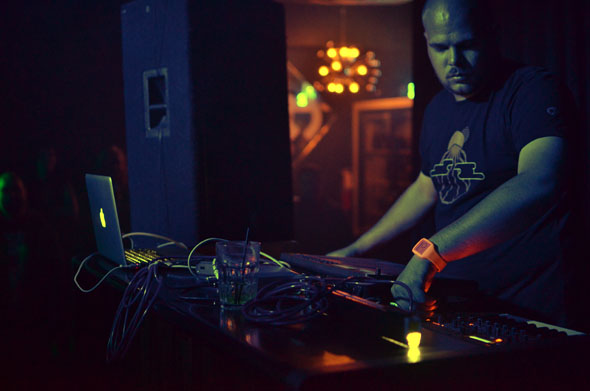 Upon closer inspection, New Order bass lines and hints of shoegaze reveal themselves amongst a lush bed of synths, haunting enough to be a soundtrack to a David Lynch nightmare. In referencing half-remembered touchstones, Com Truise scratches the twenty-something crowd's nostalgia receptors where they itch. However, whenever things were getting too mellow and sentimental, an onslaught of gut-rumbling bass would come and shake things up. 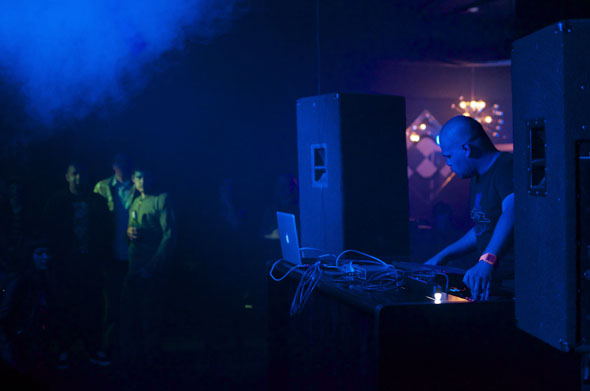 Haley stepped up to the mic towards the end of the set to ask if we would like a "dancey song," shattering his tough New Jersey bruiser image with a friendly, unassuming tone. After an enthusiastic response, the downtempo rhythms were cast aside for a banging 4/4 beat that powered the night home in style.

Disappearing into a haze of dry ice, Com Truise's work was done, with Wrongbar satiated and hotly anticipating the arrival of his upcoming "Galactic Melt" album in July. 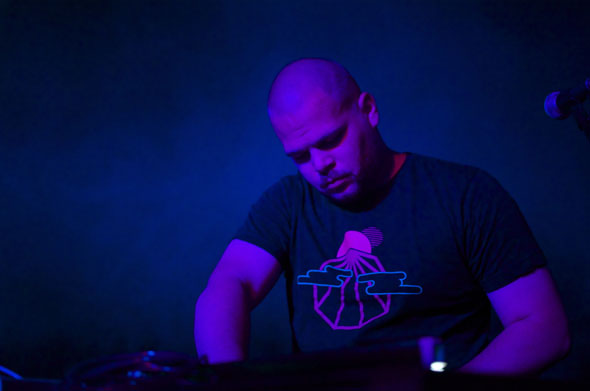 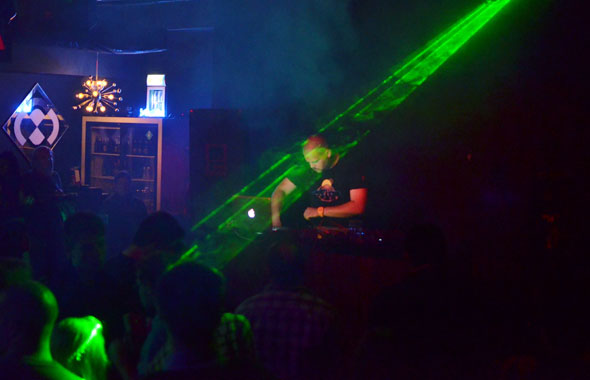