The Rural Alberta Advantage -- in the midst of an extensive tour taking them across the world -- made a stop at the Phoenix on Friday night. A sold out Phoenix helped celebrate the band's homecoming, and Hooded Fang and Modern Superstitions were also present to provide support. 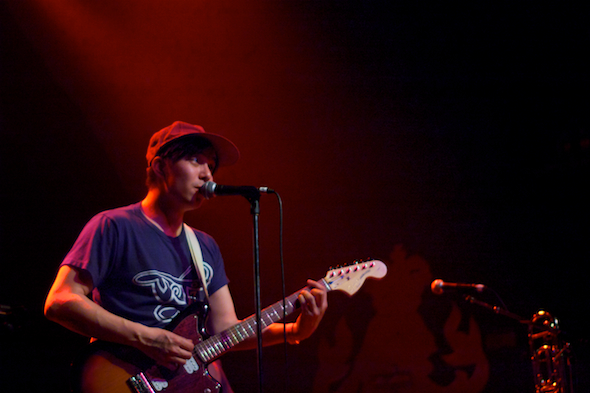 After missing a bunch of opportunities to see Hooded Fang live, I finally saw the band perform for the first time on Friday night, and they certainly did not disappoint. The band played a variety of songs from their most recent album, Album. They also previewed some new material, which they will release as part of a new full-length this summer. One of the new songs they previewed was titled "Den of Love," it was a slower song which the band encouraged the audience to dance to -- though not many did. Even despite an audience that wasn't necessarily into their music, the band made the best of the situation and played a great set. What made the set so successful was that I got the sense that the band was made up of seven people who are genuinely friends and love to play music with one another.

Before moving on, I thought that I would mention that I found it strange that most of the audience wasn't familiar with or that into Hooded Fang; after all, one would think that there's a big intersection of fans that like both bands, but I suppose that just reinforces the fact that the Rural Alberta Advantage is beginning to find mainstream success. 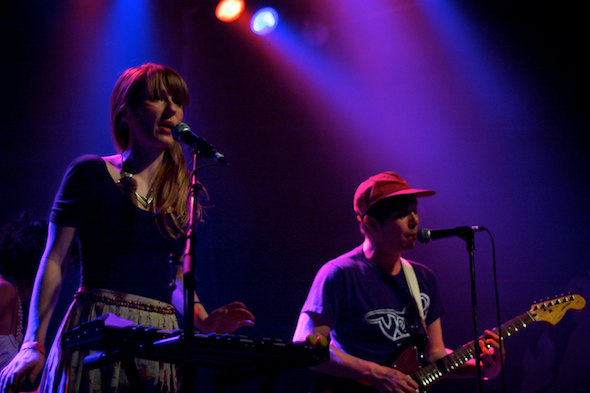 Most of the songs that the RAA played on Friday night were taken from their debut album, Hometowns -- though, of course, they also played songs from their newest album, Departures. I definitely appreciated the band's song selection since not only is their debut one of my favourite albums of the past few years, but the album's themes had particular resonance on Friday night. My personal highlights were when the band played "Tornado '87," "In the Summertime" and "The Ballad of the RAA."

One of the more different and interesting moments from the concert came when lead-singer Nils Edenloff decided to honor UFC 129 coming to Toronto by playing an acoustic cover of Survivor's "Eye of the Tiger." It was certainly an odd choice of song to cover, but nonetheless he did an awesome job -- Nils said that he had initially planned to cover some other song but then changed his mind at the last moment. 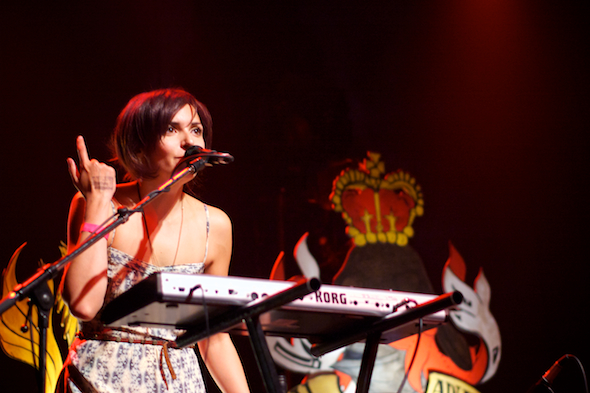 Throughout the night, Nils, Paul and Amy proved to be excellent musicians. I was particularly impressed with Paul's drumming. It's been a while since I've seen a drummer that was such a flurry of activity behind his kit and who also seems to be having the time of his life playing the instrument of his choice. Indeed, the whole band seemed to just enjoy being on stage with one another. And their enthusiasm certainly rubbed off on the audience, the front of which moshed and crowd-surfed throughout the night. 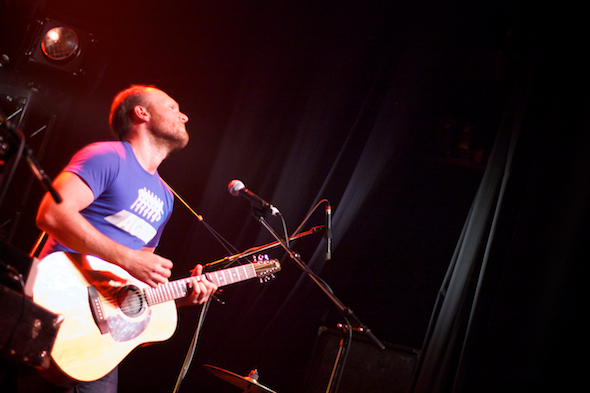 After the band thanked the audience numerous times for coming to the show, they invited fans to come to the back bar at the Phoenix and chat with them. In a way, this final gesture is a perfect encapsulation of the humbleness they showed throughout the night. Despite the enormous amount of success the band has experienced this past year, they still took the time to thank the audience at every possible opportunity. I imagine it's an attitude will serve them well in the the future as they find even more success.

Photos and words by Igor Bonifacic