DPT are human after all at Lee's

Sometimes you stumble upon an idea that is so different and fresh that you can't help but want to cheer for the people who thought of it. On Friday night, one of those ideas took the form of the Daft Punk Tribute band (DPT for short). But before getting too far ahead of myself, I must admit that -- despite being a fan of Daft Punk -- I had never heard of DPT before, nor did I have any idea what one of their live performances would entail -- shame on me, I know. And when I was asked if I had wanted to cover the band, I thought I was going to see two people dressed up in homemade robot costumes deejaying behind a homemade pyramid. Thankfully, I was totally wrong and, instead, I got to see something much more interesting and fun. 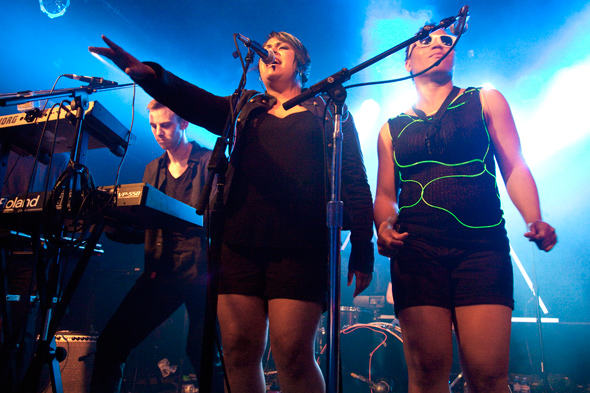 To put in perspective just how interesting DPT's approach to covering Daft Punk's music is I should give some context. DPT is actually a nine-piece band made up of graduates from Humber College's Jazz program -- this fact alone should be an early indication of the kind of musical chops everyone in the band possess. The band consists of a three piece brass section, a drummer, bassist, two keyboardists, a guitarist and a lead-vocalist. Thus, the band's musical means are somewhat different to that of their favourite French duo, and the resulting interpretations of Daft Punk's music were both different and familiar in equal measure. 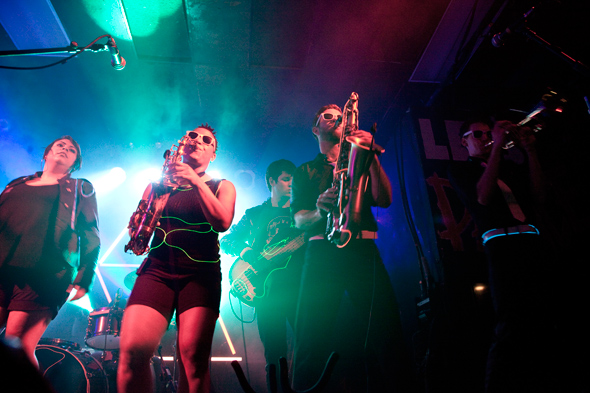 The band covered a lot of ground by playing songs from each of Daft Punk's three previous studio albums; their set also included two songs from the duo's most recent work on the Tron soundtrack. That being said, most of the songs DPT played came from Discovery, and, with good reason, since that album's heavy focus on vocals allowed the band to take advantage of the talents of their excellent vocalists. I have to imagine that the genesis for the idea of DPT came when the band sat down and watched Interstella 5555 and decided that making a real world Crescendolls would be a damn good idea. 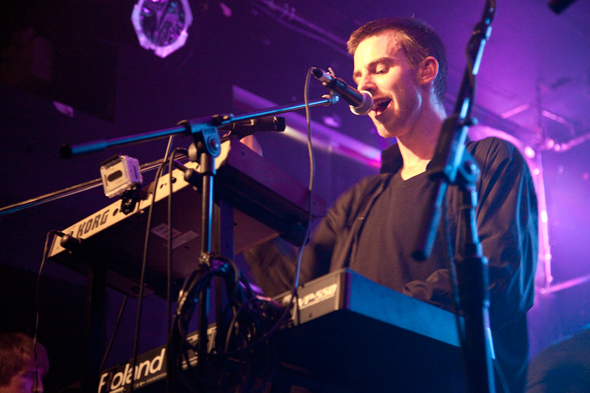 That being said, some songs were definitely served better by having a full band more than others. For instance, Homework era "Da Funk" was definitely one of the songs where I did not care much for DPT's interpretation of the song. Their version of the song has their brass section playing the signature synth riff and breakdown that is the heart and soul of that particular song. And while brass section did a commendable job with the riff, the breakdown was pretty lackluster. I definitely got the sense that having that many instruments onstage was overwhelming some of the songs; after all, many of Daft Punk's songs are built on simple but effective repetition and build-up.

However, that's not to say that most of their interpretations were busts. In fact, a lot of the covers they played were really fun takes on old classics. In particular, Michael Eckert, the band's guitarist, melted faces with his rendition of the tapping solo on "Aerodynamic;" coincidentally, this was also one of the highlights of the night as the band briefly broke into a chant of "Thunder" -- much to the confusion and delight of the audience. Moreover, haunting and beautiful songs such as "Too Long" were made all that more memorable by a great vocal performance by the band's lead-singer, Joanna Mohammed. 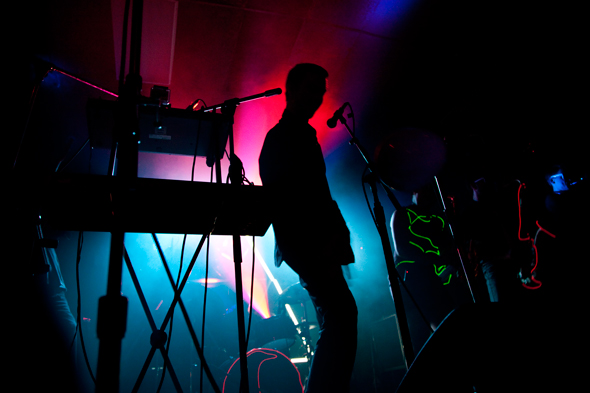 After playing a lengthy set, the band started their encore with "One More Time" before going into the aforementioned "Aerodynamic." And while starting an encore with "One More Time" was totally expected, it was nonetheless appreciated and served to remind me of something. Some of the songs DPT covered are now fairly old -- "Da Funk," for instance, was released as a single in 1995 -- but it's thanks to both Daft Punk's original songwriting and the ingenuity of people like those in DPT that manage to keep this songs fresh and timeless.