One of the big purveyors of Chillwave, Toro Y Moi, descended on Toronto Thursday Night. They captivated the sold-out audience gathered at Wrongbar with their funky grooves. The South Carolina band lead by Chazwick Bundick brought with them Montreal-via-Calgary Braids and Baltimore's Adventure. 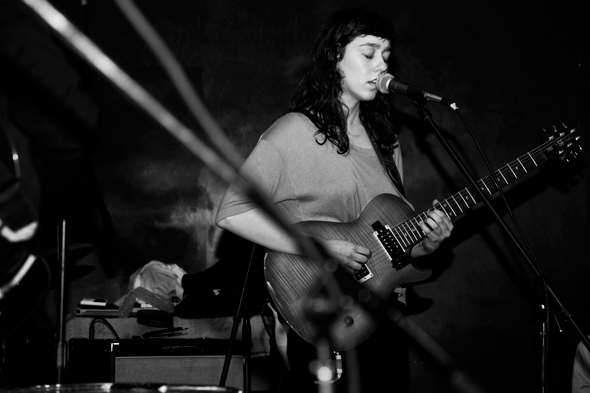 Unfortunately, I missed the chance to see Adventure play but managed to catch Braids. I had already seen Braids open for Baths at the El Mocambo earlier in the year, and I had liked their set enough then to warrant the purchase of their debut album, Native Speaker. However, one of the issues I had with the band's performance at the El Mo was that it was difficult to discern exactly what lead-singer Raphaelle Standell-Preston was singing; this might have been due to an unfavourable vocal-mix, or, more likely, my then unfamiliarity with the band's music. In either case, it was unfortunate because the band definitely has one of the more interesting and unique vocalists in Indie Rock right now.

Thankfully, on Thursday night, despite a ridiculously long soundcheck (or perhaps because of it) the whole band ended up sounding pitch-perfect. Initially, the audience wasn't quite sure what to make of Braids' music, but the band eventually won the audience over and it was great to see. I can definitely see a situation in which Braids starts to headline its own shows, and this is nothing but a good thing. 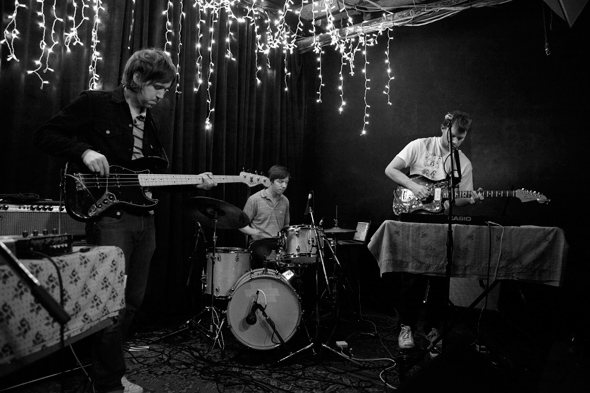 When Chazwick Bundick released his second album under the Toro Y Moi moniker, Underneath The Pine, his music underwent a similar evolution to that of Samuel Beam's music under Iron and Wine. That is, both artists were immensely talented and successful as solo artists, but the addition of a supporting cast of characters, and not to mention a greatly expanded musical palette, has given both acts a creative life way beyond what their initial and sparse sounds might have done so. Indeed, almost immediately the potential of adding a full band to a live show was realized. 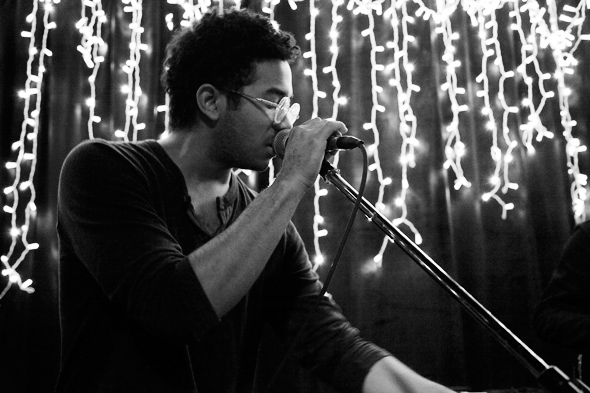 After all, there's something about having an actual drummer or bassist provide the rhythm to a track that can't be replicated by even the most immaculately produced drum beat or bass loop. The songs that benefited the most from this were actually those from Toro's previous album, Causers of This. Songs such as "Low Shoulder" were given new weight and strength with the addition of a drummer, bassist and guitarist, but the band didn't go overboard altering the arrangements of older songs too much.

If there was one downside to the whole affair, it was that the night ended almost too quickly. Toro established such a great vibe as soon as they took the stage that I didn't want them to leave. Beside that minor issue -- if you can even call it that -- it was a great night enjoyed by almost everyone in attendance at Wrongbar. 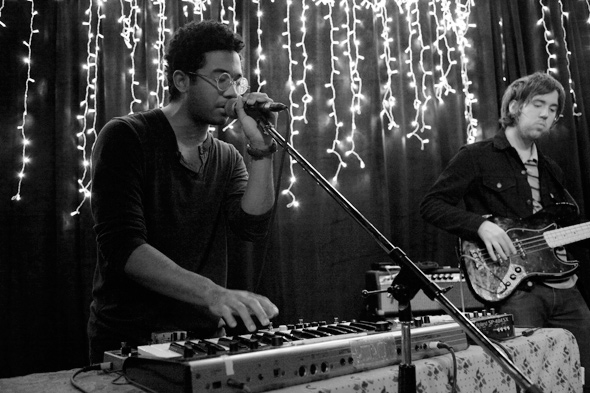 I should mention in closing that in contrast to the overlong affair that was Braids' soundcheck, Toro Y Moi's soundcheck was much shorter. I mention this because long and unsuccessful soundchecks seem to be a reoccurring theme at Wrongbar lately; hopefully someone at Wrongbar takes note and takes steps to resolve this issue for future shows.