Rod Stewart and Stevie Nicks give heart, soul to Toronto

Rod Stewart and Stevie Nicks "Heart and Soul" tour at the ACC in Toronto is an intimidating prospect for a long time arena-phobe such as myself. Stepping into this cavernous cathedral of corporate dreams, I was unsure if the queasy feeling in my stomach was vertigo or guilt for parting with $14 for a pint of beer. My unease was short lived, however, as the two seasoned sexagenarians provided some resoundingly entertaining performances, and made me forget about my hang ups.

Stevie was up first, and while she attempted to bury some lovely tunes in 80s bombast and leather panted guitar shredding, she never quite succeeded. "Dreams" is a classic that still resonates through ages, as glossy as a coke-mirror but full of dead-eyed soul. 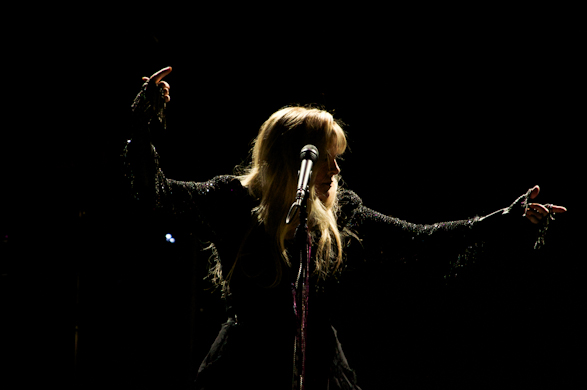 The crowd were still warming up for much of her set, but the closing double-whammy of "Landslide" and "Edge of Seventeen" got people in the mood. "Landslide"- set against a montage of family photos marking the bittersweet passage of time- had even the middle aged ball cap wearing dudes in the crowd sniffling. It was refreshing in the age of American Idol showboating to hear Nicks' plain, husky tones deliver her songs simply and effectively.

Rod Stewart took to the stage as the heart to Stevie Nicks' soul. While Nicks carries a haunted air, Rod is simply happy to be here, exhibiting an energy level to match his still-excellent voice. Stepping up the production values a notch with an illuminated stage, dapper musicians, and sexy singing girls this was a Vegas-worthy big show and Rod didn't waste any time getting the party started with the O'Jays granny-rousing anthem "Love Train". Soon after, Nicks returned to the stage for a few well received duets. 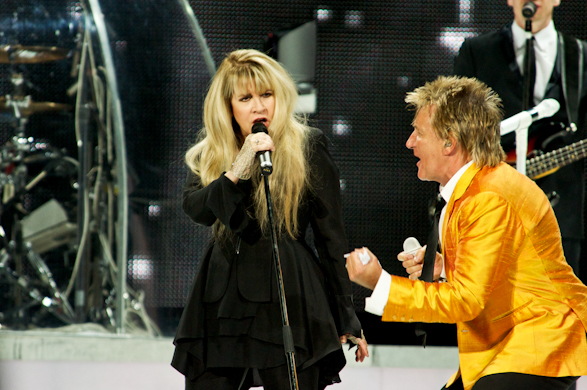 Letting his whole ensemble demonstrate their considerable chops throughout the performance, Rod played all the cards at his disposal: nostalgic rock and roll, yacht-oriented disco and Celtic stadium anthems. He never passed up a chance to demonstrate his love of soccer, dedicating a track to Glasgow Celtic F.C. and booting balls high into the stands.

Stewart saved the biggest kicks until last though, rounding off the set with the classic "Maggie May" before coming back for an encore with "Da Ya Think I'm Sexy". From the rapturous reaction in the A.C.C. it was not just the retirees in the audience that would answer in the affirmative.

It was this transgenerational aspect that gave the night its undeniable appeal. Like embarrassing but beloved old aunties and uncles, Steward and Nicks brought together their whole Southern Ontarian family for one night only. The Air Canada Centre was the only place big enough to house all the love. 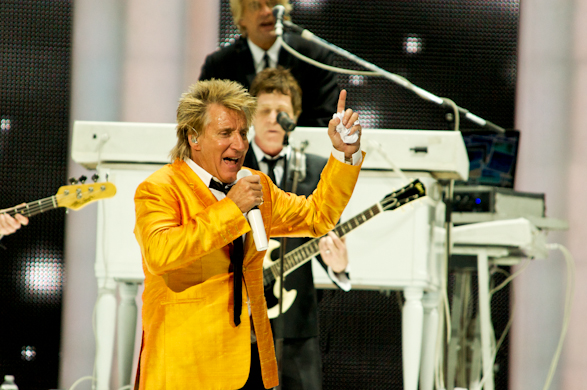 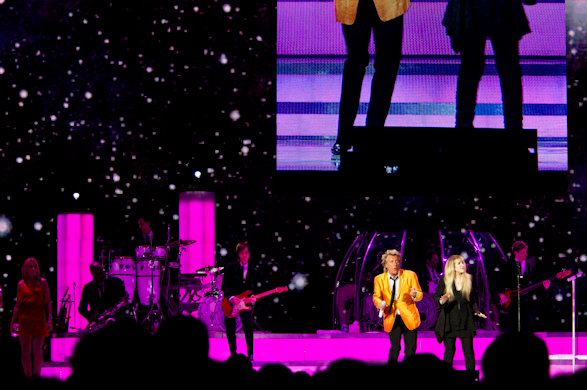