The Horseshoe Tavern was the perfect venue for the mysterious boy-girl look-a-like duo of Brian Oblivion and Madeline Follin, better known across the Internet as Cults. 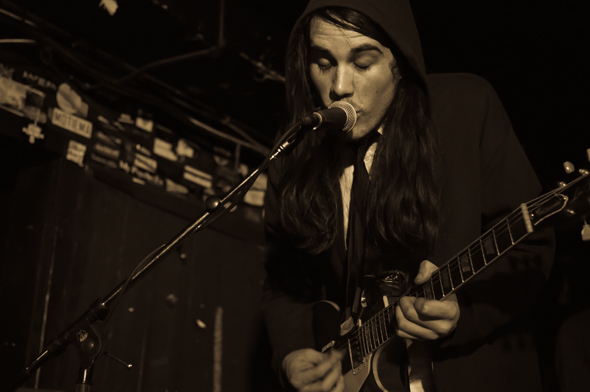 Though the group is promoted as a twosome online, Cults is flushed out greatly live as Oblivion and Follin tour with four other band members who lend a hand on guitar, bass, drums, keys and xylophone. Looking like an actual cult themselves on stage (four of the group's six band members sport long black hair), Cults treated Toronto fans to nearly every song from their yet-to-be-released debut album. 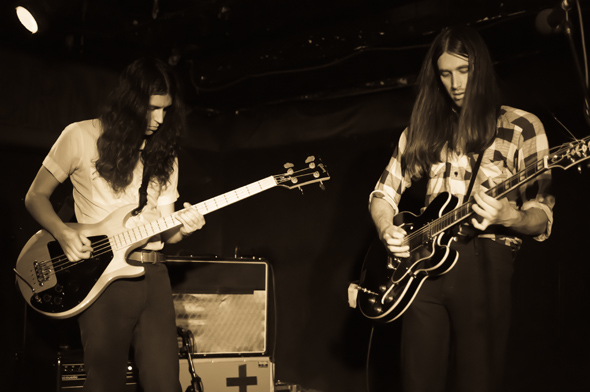 While most of their songs are sugary pop gems, "The Curse" emerged as the outlier of the night. The song's dark and bluesy guitar chords acted as the perfect backdrop for Madeline's youthful voice and Oblivion's smartly timed shouts. The band's signature use of cult leader speech samples appeared during "Most Wanted", a song fueled by doo-wop style and springy piano lines. 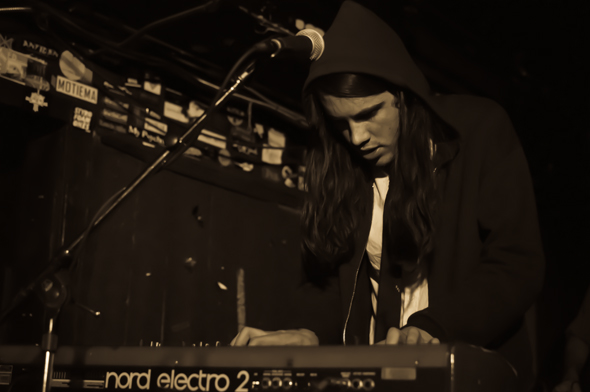 Oblivion introduced the soon to be single "You Know What I Mean" as a slow song, and it really was the only down-tempo tune of the night. It's also Madeline's showstopper and the only song that truly lets her sound like a woman rather than a little girl. "You Know What I Mean" is an exceptionally mature song for a group this young. 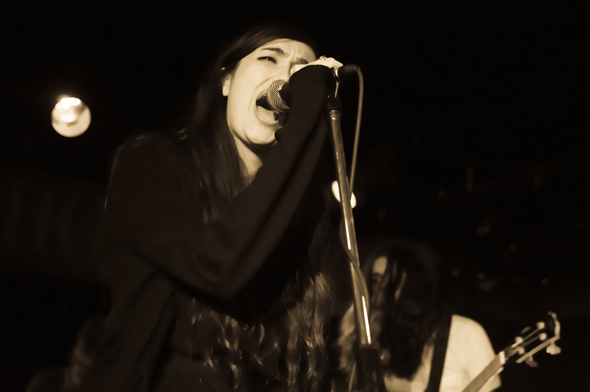 30 minutes into their set, and Cults were already ready to close up shop. They saved their two Bandcamp songs "Go Outside" and "Oh My God" for very last; a wise decision considering Oblivion ensured us that there would be no encore. So, just like that, thirty-five minutes after they took the stage, Cults were finished. Despite how short the set was, they owned the performance and proved the surrounding hype is more than justified. 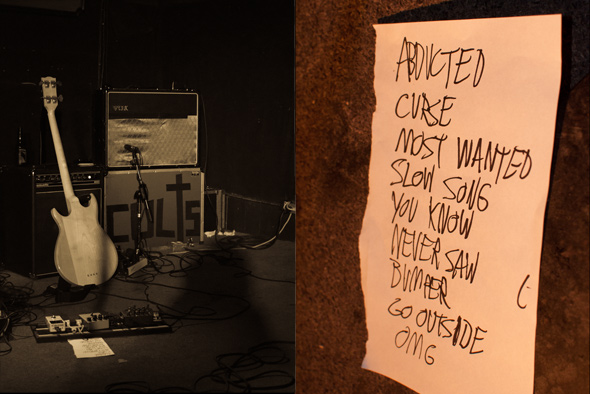