Hooded Fang invaded our hearts with their pop-driven self-titled debut, their album cover (illustrated by Honest Ed's sign-painter Dougie Kerr) shone through the large window panes of Sonic Boom throughout the winter months. Now the band tours with The Rural Alberta Advantage, bringing their little landmark of rapturous orchestration across Canada.

With Hooded Fang's show at the Phoenix only a week away, co-lead vocalist Daniel Lee and bass-guitarist April Aliermo were both kind enough to talk about touring, life, their new album, and the brightness behind their record.

What advice would you give to somebody who wanted to start an indie-rock, multi-instrumental collective?

Daniel: Make it sound good, I guess. Enjoy and destroy yourselves.

April: Yea totally. And try not to fight over maps and seats in the van. Instead brawl it out in the Prairies.

How did you guys recruit Dougie Kerr to create your cover art (see bottom of post)?

Daniel: We were always curious who did the signs at Honest Ed's, and had a lot of respect for the art form, so we asked to talk to the sign shop there. Dougie was really into the idea of working with us and it turns out he is an awesome guy.

April: We still get together with him for beers. He's the crazy and sweet Scottish uncle that we always wanted.

To what do you attribute the "happy" nature of your songs? What do you think makes "happy" songs?

April: The songs are musically happy for sure. Lyrically they definitely aren't. Unless you think loneliness and longing are happy.

Daniel: I don't think the songs are happy, but I understand how they might sound that way. We enjoy the juxtaposition of uplifting pop melodies against sadder lyrical themes. A lot of pop songs ride that line. I'd say a lot of the reason people write music or do art is to overcome the darkness of life.

You've borrowed your band's name from a children's book character, how would describe the musical story of your new record?

Daniel: We recorded it in our house at the time. It is a collection of songs from the past couple years.

April: And collection of tears and love and hate for sure.

There is a sense of wanting to be free or a yearning to be free - in a childlike sense - especially in songs like "Almost Done" and "Green River". What are some of the themes in this record?

Daniel: I wouldn't say it's a childlike sense. Don't most people yearn to be free and do what they want in life? The themes are about people, disenchantment, memories, regrets, love, made-up shit, and hopefulness.

You sing of fields, rivers and railroad tracks - what is the significance of these places?

Daniel: I went to boarding school for a year in a small town, where there were fields, railroad tracks, and rivers. I think it's just mentioned in "Almost Done", which is about that year.

Daniel: There's definitely an urgency. Life isn't that long. You never know when people are gonna go, things are gonna change. I've always been really impatient and concerned about time running away, which can lead to massive procrastination, but also to some of the best urgent and immediate recordings and ideas.

April: Yeah, an urgency that kind of stuns you into a deep dark place. That place strangely inspires you. Or at least allows you to express some of your best writing. 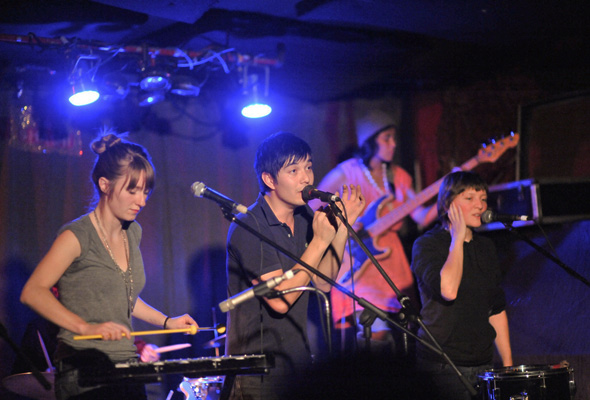 How do you guys feel touring with The Rural Alberta Advantage? Are there particular stops across Canada you guys are looking forward to?

Daniel: We're pretty excited to be playing these shows with them, to those crowds. We have friends throughout the country whom we don't get to see too often, so it'll be a pleasure to see them. The best part about touring is the people you know and the people you meet. And playing shows, of course.

April: Yeah and Paul, Amy and Nils are all very sweet.

Are you guys writing any new songs?

Daniel: We have a new album almost finished, various videos in the works, and more music always on the go.

April: Tosta Mista! Coming to a summer boom-box near you.

Daniel: We are also involved in side projects, including Phèdre, which is dropping summer dance jams this year, Tonkapuma, a two-piece punk band, and Hut, garagey-pop goodness. They're all awesome, check them out.

April: Yeah, we're super stoked about them. Phèdre is us two and our boy Airick Woodhead (Doldrums, Spiral Beach). We got together for a few days around this time last year and made interstellar love. We also have Arowbe (Robert Bolton) of Times Neue Roman and Solomon Slowburn from New York busting out rhymes on a couple of tracks. So excited to finally put out our Phèdre record this summer.

We're gonna do it on our own label, Daps Records. We have all these projects so we figure we might as well have a little record label for ourselves. Tonkapuma is explosive too! That's where me and Daniel get to really wile out. He plays drums and sings like a mad man while I slay the bass and shout sometimes. And Hut is solid. Daniel writes all the songs but he doesn't play an instrument in this band. He makes wild love to his mic instead. It's super exciting to watch.

Catch Hooded Fang with Modern Superstitions and The Rural Alberta Advantage at the Phoenix on Friday, April 29th.

You can purchase Hooded Fang's self-titled debut as well as their EP on their Bandcamp page. Download their single "Laughing" for free below courtesy The Dadada. 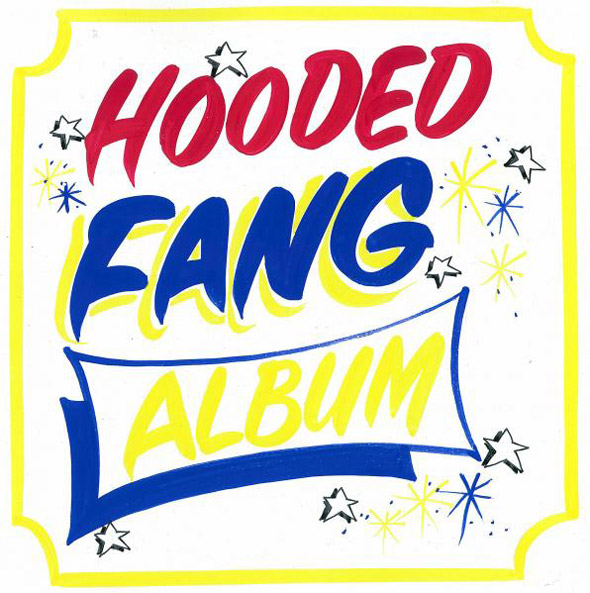 Photos of Hooded Fang by Mike Ghenu / Video by HeartstringsTV.