Mother Mother light up The Phoenix

I had only started listening to Mother Mother a week before their show but seeing them live made me wish I had for longer.

When making my list of bands to cover for Canadian Music Week I chose to cover Mother Mother purely based on the hype I've been hearing. I got ahold of their latest album Eureka and did some research - said research ended up being played through my speakers all week. I loved it and seeing them live only added to their appeal. 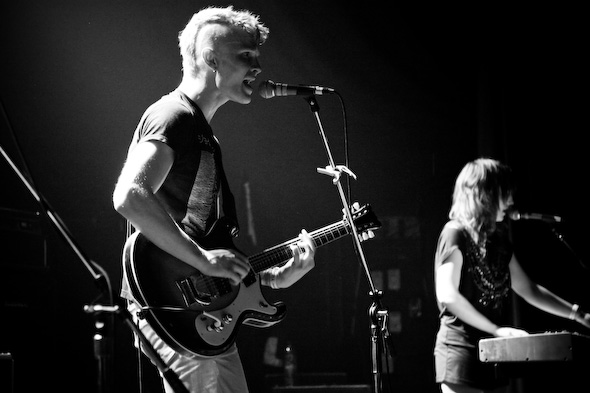 Mother Mother's quirky, upbeat music is even further escalated when performed live like they did at The Phoenix on Wednesday. Front man/guitarist Ryan Guldemond and his keyboardist/sibling Molly Guldemond both brought a lot of energy with their vocals complimenting each other naturally. Keyboardist Jasmin Parkin also added a nice touch to their harmonies while bassist Jeremy Page busted out some well played saxophone and clarinet. Drummer Ali Siadat played his role well maintaining the bands ranging rhythm. 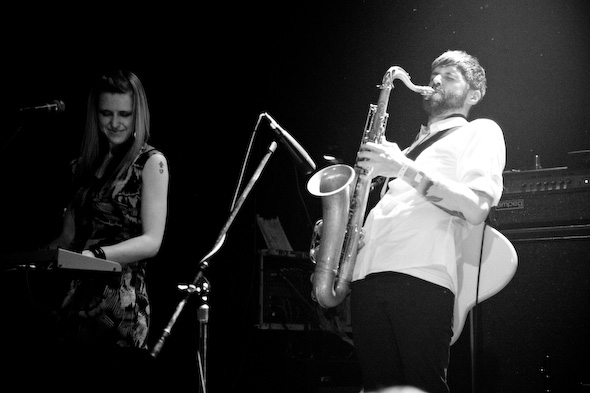 Having only previously heard Eureka, I was happy that they decided to perform a good amount of songs off the album including their latest single "The Stand". In addition to these songs they performed a fair amount of older songs that the crowd seemed to love singing along with every word. 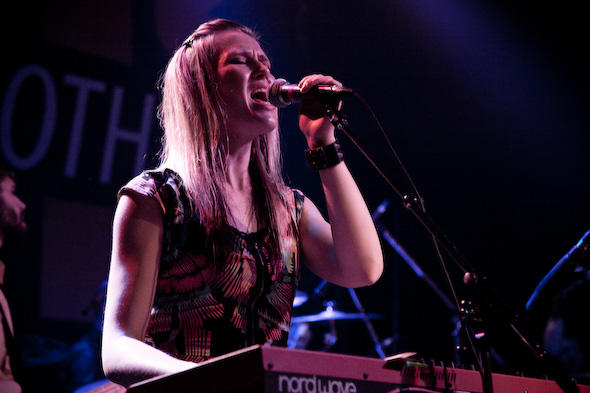 The tempo of their set was well planned playing some slower songs such as 'Simply Simple' and 'Born in a Flash' and some of their upbeat, dance songs including 'Baby Don't Dance'. 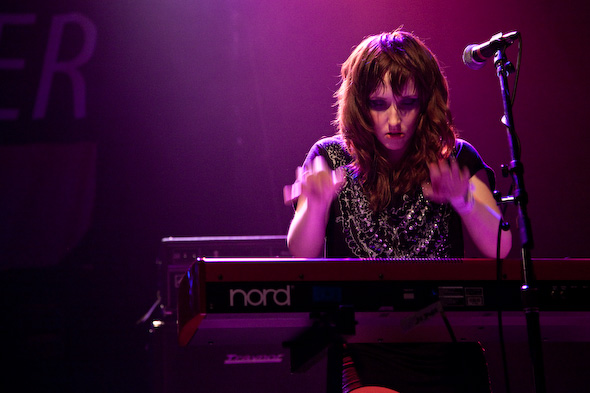 The band seemed to be enjoying themselves and took the time to genuinely thank everyone that worked on making the show happen. The band exited the stage to a encore craving crowd and quickly returned to perform three more songs including what seemed to be a rap inspired tune called 'Verbatim'.

The only thing I can complain about is the amount of red lights they used in their light show. Red light is a photographer's nightmare.