Levon Helm lives up to legendary status at Massey Hall

Simply put, Levon Helm is a music legend. So, when I heard he was coming to Toronto, I couldn't resist the urge to witness one of rock and roll's most prolific artists in action at Massey Hall. 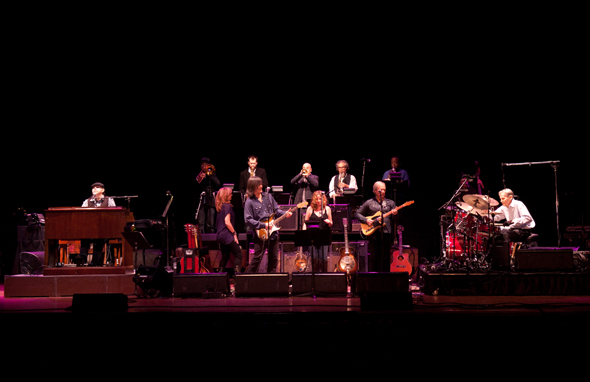 Helm made his name playing in one of music's greatest and most influential groups of all time, The Band. And while he may not be making music with Garth Hudson and Robbie Robertson any longer, Helm still surrounds himself with some of the finest musicians in the business. 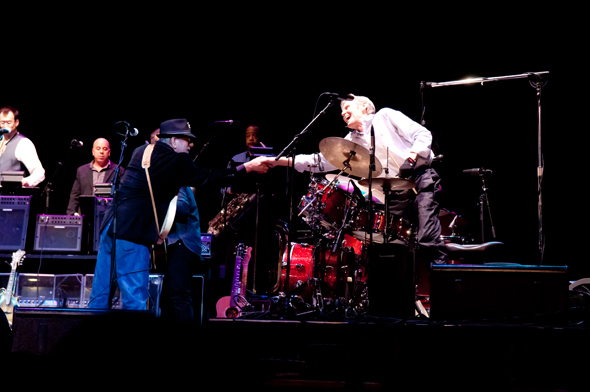 The stage was completely packed with a full horn section, as well as famed guitarist Larry Campbell, Levon's daughter Amy Helm and Teresa Williams who shared vocal duties and Brian Mitchell on organ and keys. The group opened up the show with a spirited take on The Band's classic "Shape I'm In" with Mitchell showcasing his Dr. John-like vocals. While Helm may no longer be a young man, he plays with the same spirit and vigor as he did in the '70s. Taking lead vocals for the first time in the show, Helm belted out the lyrics to "Ophelia," handling both drum and vocal duties with natural ease. 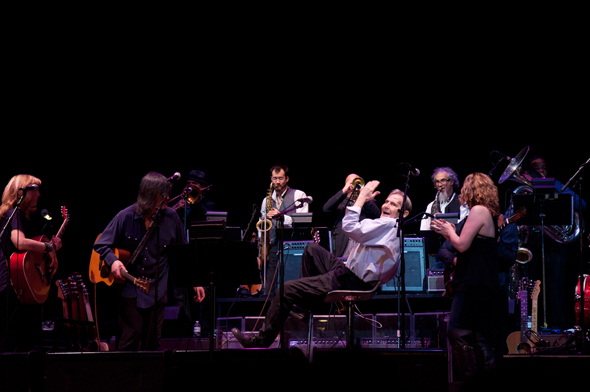 The band's love for the sounds of New Orleans shined brightly during "Bourgeois Blues," which featured some unexpected but welcomed bluesy violin playing from Larry Campbell, who proved his virtuosity extends beyond the guitar. Most of the band, including Levon cleared the stage for a stripped down version of the Grateful Dead's "Attics of My Life," during which Amy Helm and Teresa Williams harmonized beautifully. The night wouldn't have been complete without a take on "The Weight," which is easily one of the most iconic rock songs of all time. 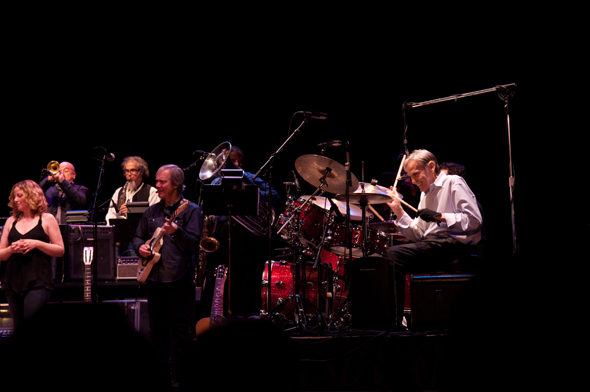 The show ended appropriately enough with "I Shall Be Released." Back when The Band was together, pianist Richard Manuel would cover vocal duties on this tune, singing in his seldom heard but sweet and soaring falsetto. On this night, Levon sang in place of his departed band mate, paying his respect to the fallen pianist who passed away 25 years ago to the day of the show. Levon Helm still knows how to captivate a crowd with music that his stood the test of time, and as long as he keeps drumming, it's clear the fans will keep coming. 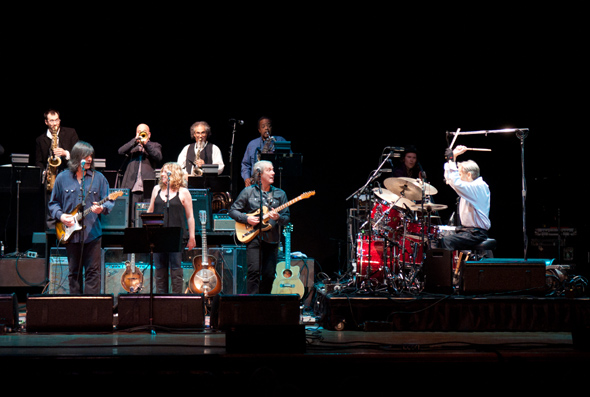