The Runaway Catholics are a seven-piece band led by Brodie Dakin and Shawna Sormin. A couple of weeks ago, Dakin sent me the band's LP Charmed Life, and since the weather's been mild this week, I got the chance to take the album for a stroll. Some listeners compare the band's sound to Belle & Sebastian, The Kinks and I find there is some Yo La Tengo and a little bit of Pixies in there too. But the enigma in the light-hearted song-structure may be due to the interchange of vocalists: Dakin, Sormin and Erin Munroe take turns on lead vocals for different songs. I had a chance to chat with Dakin about Charmed Life and here's what he had to say.

What does the idea of a "charmed life" mean to you? You state that part of your musical style draws from the "charm of Belle & Sebastian," how does "charm" sound in musical form?

I've always been fond of words with double meanings: charmed being both lucky and being a charmful soul. The Charmed Life protagonist in the song is someone who lives life with an effervescent ease but is also realistic to life's troubles. A charmed life in my eyes is someone who has no fear but they aren't reckless. I find the first two Belle & Sebastian albums to be very charming in that the band brought a whimsical grace to Stuart Murdoch's songs. They we're similar to The Velvets, but not as harsh.

I suppose I had that sort of idea when forming the band, in that I was hoping to find musicians that would add their own personal charm to the songs I wrote (to which they most certainly did). I guess charm, in a musical sense is all about the subtleties. Not trying to force people to hear what you're doing and just letting them find what they may enjoy most out of a song. Does that make sense?

Each track on the album comes off lighthearted and delicate-sounding even through the interchange of lead vocals between you, Shawna and Erin. What was your method of song-writing in terms of sharing the lead vocal role with one another?

That seems to be the general consensus I guess, but personally I don't get that as much as others. There are some songs such as "Calliope & Me," "France" and "Heart Melts" that have a gentle air to them but the lyrical intonation in most of the songs is pretty heavy. Somewhat in the vein of Blood on the Tracks or Ladies & Gentleman by Spiritualized. Not that I'm comparing our album to those classics of course, just in the sense of emotional levity. We could rock with the best of them live, something I was quite proud of.

Shawna was originally the only other vocalist singing with me so we just worked out arrangements together in a naive fashion. She's very gifted in coming up with melody lines, as is Erin who joined the band later on. With Erin it ended up being more about working on melody lines with Shawna to which we noticed they had a nice blend as well and seeing which songs she could fit in with me. It was all trial and error for vocal melodies really as I'm sure it is for most people. I was lucky to have found two gifted harmony singers, so to be honest it ended up being pretty easy. 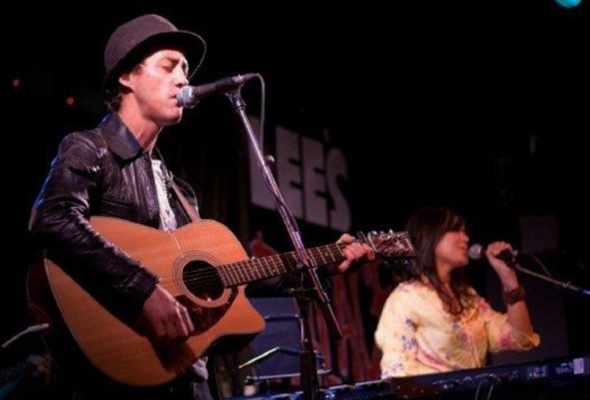 How has the composition of songs like "Charmed Life", "Ghosts in Memories", "Melody of June", "Crazy Sorrows" and "France" compare with their EP versions? Did you rework these songs for the LP?

Well, "Charmed Life" on the EP was a live track so that needed studio treatment. "Ghosts in Memories" didn't get a reworking as we felt the EP version was good on its own. "Crazy Sorrows", "Melody of June" and "France" were reworked because it was a different band by that point. Erin and Dan (Hickey) had just joined the band and soon after Evan (Levy), Jamie (Thompson) and Craig (Reid). Erin's viola playing alone was a good enough reason to redo the songs. That coupled with everyone else's musical contributions made redoing those songs a no-brainer really.

I did have some reservations about redoing those songs for the first album as I had plenty more songs written and was dying to try them out. But listening to the songs now I'm happy we did redo them. "Melody of June" and "France" particularly have more of an epic sound to them now. When new members join the fold and bring genuine enthusiasm to old songs, they become that much more vibrant. Also, having a producer who brings a love to the project will give the songs a richness they may have lacked before.

You have given Bob Dylan, Belle & Sebastian, The Kinks, Wilco and Neil Young as some of your influences on your music. What did you learn from them?

Integrity, mystery, honesty. They all had incredible sense of melody as well. The Kinks have always been a big influence on me. None of those bands/artists compromised their art for popularity. They all reached their level of fame while remaining true to their muse. The romanticism they brought to their songs is very important to me too.

Born to Run was also a huge influence on me when starting the band. Shawna and I both were very enamoured with the mystery that The Velvets and The Smiths maintained in image and song. Giving just enough information, but not too much. What it came down to essentially was that it's all about the quality of the song. Everything else is secondary, but still effective. 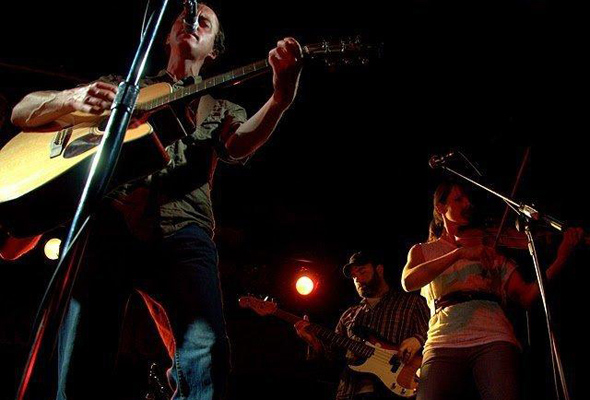 Is there a particular venue in Toronto local bands like you guys, who are just starting out, aim to play at? Where was your first gig and how would you describe that experience of playing in front of a crowd for the first time?

I had experience booking shows with my prior band to The Catholics so I kind of knew how we should jump out of the gate. I guess for up and coming bands venues like The Boat, The Tranzac and The Cameron House are good places to get your bracings. They're good for bringing in new local talent without prejudice. But really, the same can be said with The Horseshoe and Lee's Palace as well.

If you're a new band and want to play but are finding it hard to book shows just find a way to play anyway, be it a parking lot or your back yard. People will come to shows regardless of the venue. As long as music is vibrant in this or any other city people will make an effort to see it. As for our first show as a full band, it was at Rancho Relaxo I believe. It was a disaster, but we got our feet wet which was the whole point. After that it was pretty smooth sailing.

What's next for The Runaway Catholics?

As it stands The Runaway Catholics are fini. We all need to concentrate on solo endeavours basically. Shawna & Erin are both busy with various projects and I'm playing solo shows and will be recording a solo album at some point. We're still working on the artwork for the CD and will be sending it out to unsuspecting ears in the near future.

The music we made is still alive, just not in a live sense. There's a lot of love that was put into the songs and I hope it shows. If there's one thing I've learned since starting this band it's that the future has many secrets. So getting back together sometime down the road may not be out of the realm of possibility. For the time being our little legacy is in the songs we recorded.

You can stream and purchase Charmed Life on The Runaway Catholics MySpace page. Also, check out The Neighbourhood Mixtape: Love is a Place to listen to their track "Heart Melts (On the Edge of this Sleeve). You can download "France" for free below: