Bruce McDonald was a natural, even inevitable choice to take on Yonge Street: Toronto Rock and Roll Stories, the 3-part chronicle of the music scene on the city's main drag in the '50s and '60s, which airs its first hour on Bravo tomorrow at 10 p.m. It might be the best documentary about a musical scene made in this country, and certainly sets the bar high for anyone who wants to tell any of the many musical stories dying to be documented in this country.

Music runs through McDonald's features - films like Roadkill, Highway 61 and especially Hard Core Logo and his most recent, Trigger. But he also directed This Movie Is Broken, Broken Social Scene's concert-film-with-a-film, participated in the City Sonic project and IFC's The Rawside Of... musical bio series, and has recently completed a documentary with blues musician Rita Chiarelli. He talked to blogTO this weekend about his experiences working on Yonge Street. 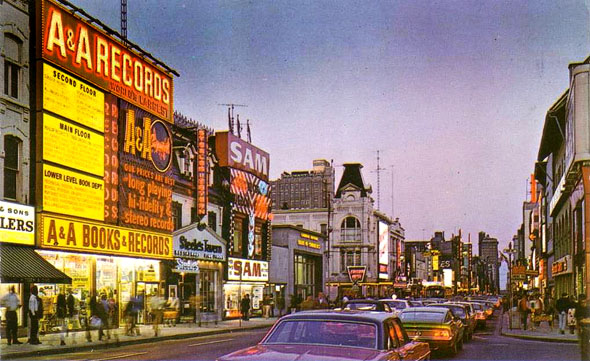 The building that was once the Edison Hotel at Yonge and Gould must have burned down around the time you were finishing up the film. Did you have to scramble to fit it into the story?

It actually happened about four or five days before we interviewed Daniel Lanois, and that was the last interview we shot, so it was kind of serendipitous, especially since he used to play there. So it was oddly a nice way to complete the film.

Being a music fan, you must have had some idea that Yonge Street had a history, but unless you lived through it, you weren't likely to have heard a lot of details. When did you realize that so much had happened on the street? 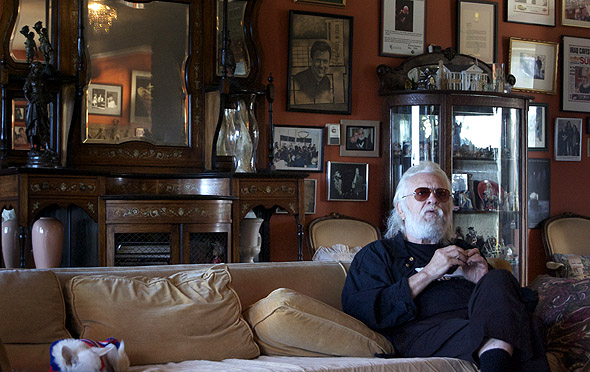 Working with Jan Haust was great because he had a deep knowledge of the recordings and personalities, so he was kind of my guide. I was quite surprised how much went on because my knowledge ended with the Yorkville days - most people know about Joni Mitchell and Neil Young and those people. Other than hearing that the Hawk (Ronnie Hawkins) started in Toronto, I didn't really know anything else until I started on this project. I was quite astonished at how R&B it was, and how stylish it was, with the awesome suits that people wore. It was very quickly that, through Jan Haust and Peter Moore, who had a lot of these recordings, and then some archival footage, to get a sense of the characters, I kind of learned as I went along, for the most part.

The real revelation for me, and I think it will be for a lot of people, is the Jackie Shane story, which runs so counter to this stereotypical image that we, as Torontonians, have done such a good job of selling ourselves - the pre-70s version of the city, as a dull, straightlaced, WASPy place, and left no room whatsoever for people like Jackie Shane.

Jackie Shane was a great discovery for me, and the music and the showmanship, and the strangeness of a guy like that in Toronto the Good, that I got the impression that the straightlaced Toronto the Good was around Yonge Street. Talking to guys like Duke Edwards, who was up from New Orleans managing the Checkmates, Mouse Johnson - the black American influence was very strong, and that surprised me, and I think a lot of the white R&B and soul groups - those were their teachers. 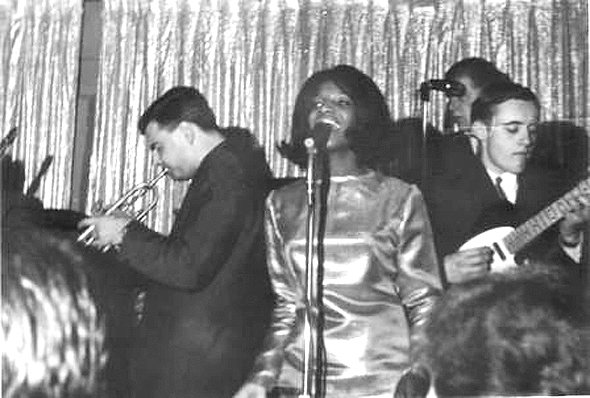 And Jackie Shane was one of the leading lights of that community. And there's a certain charm when you hear Robbie Robertson and other people talking about the crooked cops and the mafia and the rounders, and these Damon Runyon type characters. That's what you kind of dream and hope for, that that was there. It was nice to hear those guys talk fondly of that, and confirm that.

It's also one of the reasons why this succeeds so well, because we have sold ourselves short for so long in this town. The myth is that Montreal was the happening place.

That Montreal was the happening town until the '80s or something...

Exactly, at least until the separatist referendums drained all the talented people out, or something like that. But it obviously wasn't true, and what I liked about the film was it gave so much space to these stories that I hadn't heard told before, that we'd ignored because we were so invested in this myth of dullness. 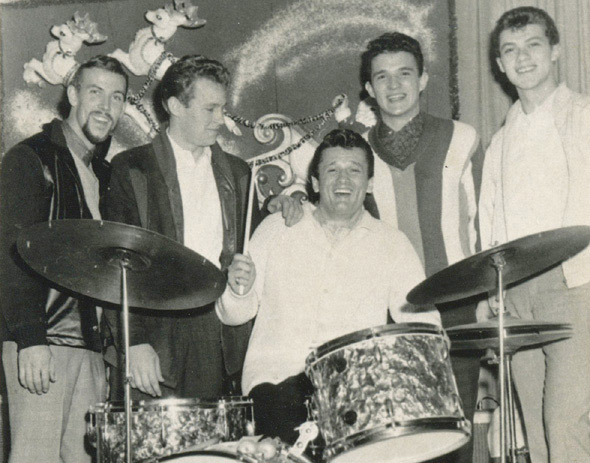 When you see the wild men on the street, Levon (Helm) and Ronnie and those guys, it was very exciting, it was very appealing. Jan and I talked about that going into it, to be the mythbusters rather than tell the same story that we knew, so part of the agenda was trying to include people like the vice squad guy, Donald Banks, some of the black artists that aren't part of the popular official history, and just go against what is traditionally known, saying 'it wasn't really like that, it was like this!'

Bobby Dean (Blackburn) was pretty clear, having been there, and was playing at the Zanzibar for all those years, was pretty definitive that that's what was the death knell of music on Yonge, and it's amazing how things can change that quickly, but it reminds us too of how ephemeral a scene is, and how in music or anything, has five fat years and then it moves somewhere else. 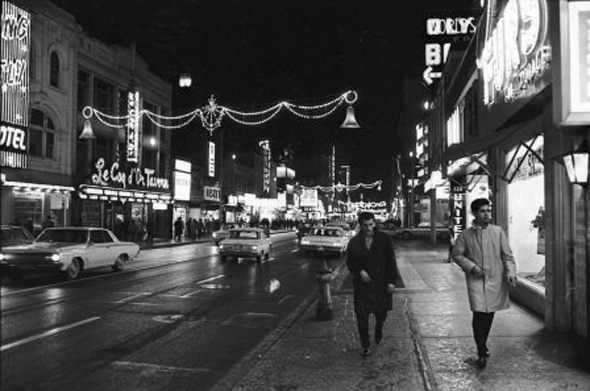 Speaking of scenes, it's sort of natural that, should you want to do a follow-up to this, there was another scene that happened almost exactly after this on another street. Have you ever given any thought to doing Queen Street next?

Absolutely. I was a little bit young to be hanging out at the Crash & Burn on Queen, but I did make it to the Edge and got to see Goddo and some of the mid-70s, late-70s bands, that's more of what I grew up in, or grew out of. Jan (Haust) has connections to those bands like the Demics and Johnny & the G-Rays and the Viletones and the Diodes. So that would be incredible. I know Colin Brunton has been working on The Last Pogo - isn't he doing some sort of follow-up to that?

He is. It's supposed to have been finished every year now for two or three years.

Well maybe this'll light a fire under his ass. Maybe he'll say all right, time to link up the trains. But there's that middle period too, as we make the move to Queen Street, where there's the Gasworks and the Piccadilly Tube and those kind of mid-70s clubs, before the super-cool punk thing, there's a pretty interesting and awesome scene once Cancon radio kicked in in '72. So those would be some interesting years to look at as well. The aftermath and how that piece of legislation changed things.

There's a whole bunch of bands from that scene, and while I think you could probably redeem Goddo as a pretty cool band, I'm not so sure about, say, Teaze.

The only other filmmaker I can think of who does as much work in music documentary work as feature films is Scorsese. What brings you to a music project? What, for instance, brought you to this?

I love talking to musicians. I love musicians and have great admiration and respect for what they do. To me they are the gods we walk among. Generally if something's coming up that has some kind of musical element, I get curious and I get seduced quite quickly. There's another film that's just coming out too, a music project about a blues singer from Hamilton who goes to Louisiana and puts on a show with the inmates at Angola Prison. And that just happened because Rita (Chiarelli) knew I loved music and we'd worked together before. She said 'Who do I call? Well I guess I call Bruce.' John Ford made westerns and I kind of like music. I can't quite figure it out but I know it's a fine place to travel to.