A rock and roll apology from Plants and Animals

Not too long ago, Plants and Animals was a trio with a tendency to pen left-of-center folk tunes. After witnessing Saturday night's performance at Lee's Palace, the band has quickly transformed themselves into a powerhouse rock trio, sounding little like their former folksy selves. 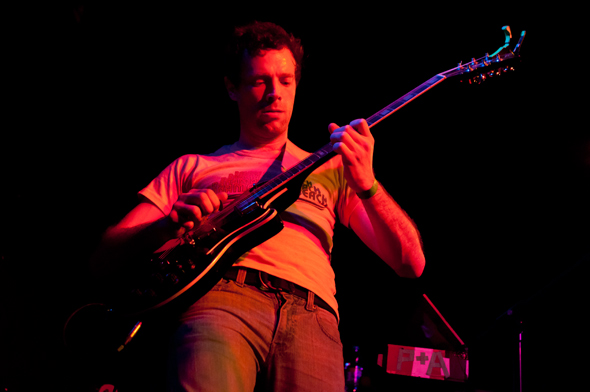 Recently, the band took some time off the road in their hometown of Montreal to refuel and, more importantly, to write new material. It came as no surprise that Plants and Animals used us as test bunnies for their new songs. The new tunes played off similar themes from the group's 2010 release, La La Land. Short and punchy rock songs with plenty of lightning fast licks from guitarist Nicolas Basque and vocal tremors from lead singer/guitarist Warren Spicer. While the new opening song was good, it was certainly overshadowed by the one-two punch of "Feedback in the Field" and "Good Friend," which sounded much more dynamic in the live setting than on Parc Avenue. 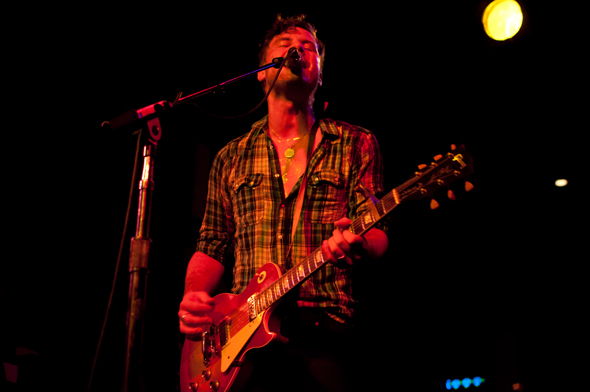 The middle of the set was dedicated to more new songs and several La La Land tunes including the spirited radio-hit "The Mama Papa," which Spicer dedicated to his brother Josh. I was pleased to hear "New Kind of Love," during which Basque climbed off the stage and onto the near by bar railing while Spicer retreated to the back-stage steps during the song's epic build. A true rock star moment indeed.

Fellow Montrealers (and opening act) Karkwa were brought out for a rousing rendition of "Bye Bye Bye," a song they sound-checked earlier in the night much to Spicer's amusement and flattery. 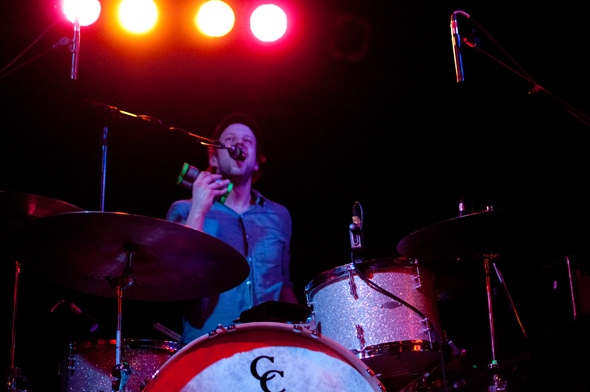 Plants and Animals encored with yet another new song called "Brokedown," a solemn tune that featured Spicer playing his acoustic for the first time all night. The boys brought the house down with the transformative "Faerie Dance," a sprawling three-part monster of a song that ended the set at well past 1 a.m. Warren mentioned that the last time Plants and Animals played Toronto they were "off their game." Saturday night's set was a rock and roll powerhouse of an apology, and it was certainly easy to accept. 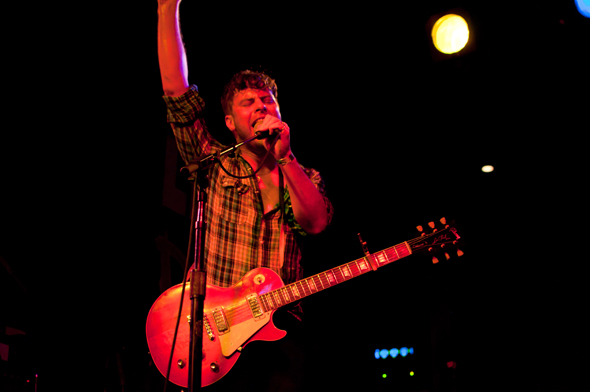