Friday night at Lee's Palace I joined an enthusiastic crowd of hip hop heads for the first round of AUX.TV's Ultimate MC freestyle battle rap competition. The tournament celebrates a brand of rap where the point is to embarrass your adversary through spontaneous wit, rhythm and rhyme. It's like verbal WWE, but with more personality. (Or, think Eminem's battles in the movie 8 Mile)

Every topic is fair game in a battle, though most verses threaten physical harm or describe in vivid detail the sexual acts a rapper would perform on his opponent's girlfriend, mother and/or sister.

If you can get past the homophobia, misogyny, racism and foul language, it's actually a whole lot of fun (though apparently one prominent Canadian telecom company didn't get the joke and pulled its corporate sponsorship).

Hosting the night is Scarborough battle rap vet Bishop Brigante. When I arrive, he's outside having a cigarette, telling stories about former tour-mates 50 Cent and Busta Rhymes. 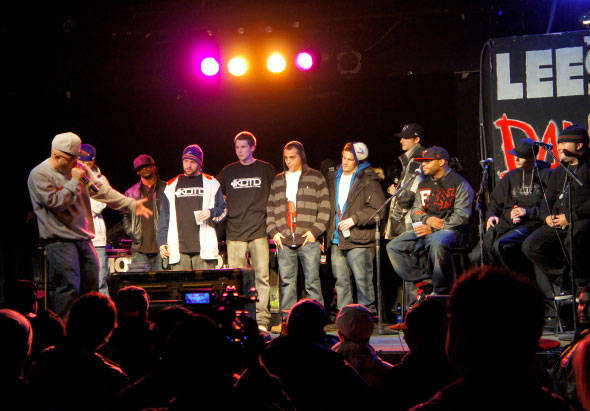 Brigante, along with Travis "Organik" Fleetwood, is at the heart of the King of the Dot battle league. KOTD is the fastest-growing hip hop movement Canada has ever seen, its YouTube channel logging a cool eight million views since 2008. Online shoutouts from Drake don't hurt in getting the word out either.

Before they square off, MCs Charron and Kaliente warmly tell me about how the battling community is like a family, but the platitudes fade once the beat drops. On stage they exchange death threats and insults that are unpublishable even by the internet's standards.

The MCs go back and forth, in three one-minute rounds. They're given random words and props to incorporate into their rhymes to make sure the raps stay spontaneous. 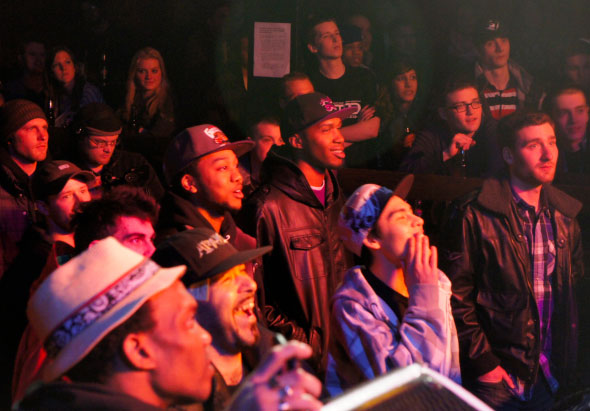 Charron takes the victory but he and Kaliente slap hands and hug after the battle is over. Celebrity judge and Eminem-collaborator Royce Da 5'9 gives the 19-year-old Orleans native kudos, going so far as to say he's "going with Charron to win the whole thing." 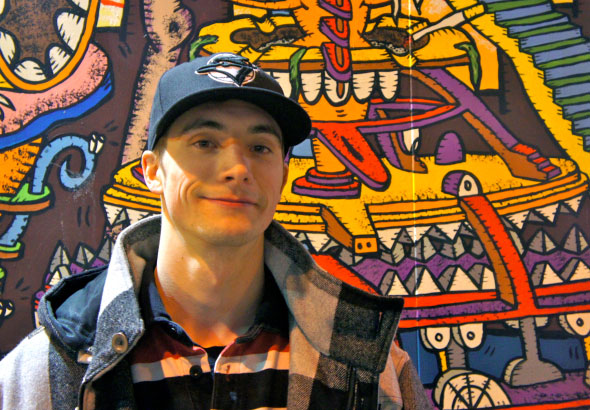 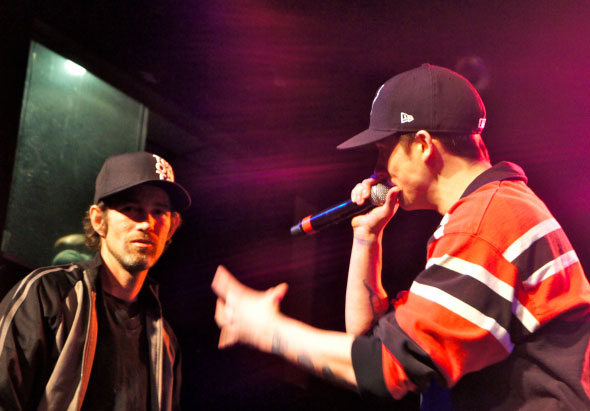 Enthusiastic Kingston rapper Q emerged as the second finalist at the competition, in a controversial win over crowd-favourite White Fang.

Charron and Q will be back for the Ultimate MC finals in September, taking on the as-of-yet-undetermined winners of the Calgary, Montreal, and Vancouver divisions. At stake are a $5,000 cash prize and a recording contract from CP Records.

So there you have it Toronto, your city's best freestyle battle rappers: two skinny white dudes from the suburbs. And they're amazing.

Chris Mitchell is a journalist, editor at The Mark News, and die-hard battle rap fan. Follow him here.