Tennis serve up some lush melodies at the Horseshoe

The Denver couple known as Tennis brought their music all the way from the open sea to The Horseshoe on Friday night. The group's latest album, Cape Dory, was primarily inspired by a dream sailing trip up and down the Eastern Seaboard, and somehow this nautical theme makes its way into their relaxing music. Each song brings a 60's feel to the table that somewhat reminiscent of scenes from Grease. 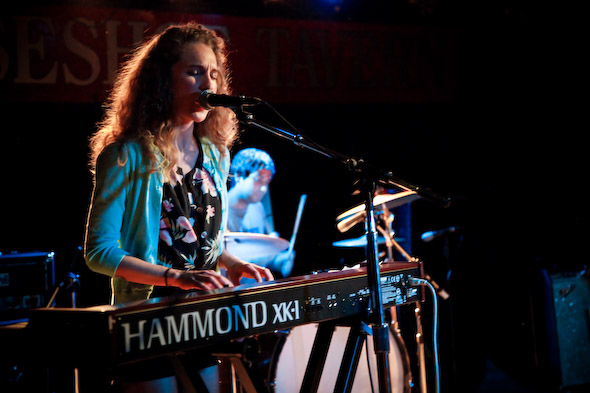 Part way into the set their songs were starting to sound quite similar but I don't know how much range you can expect with their style of music. And, hey, I was still tapping my foot along from the first song to the last. 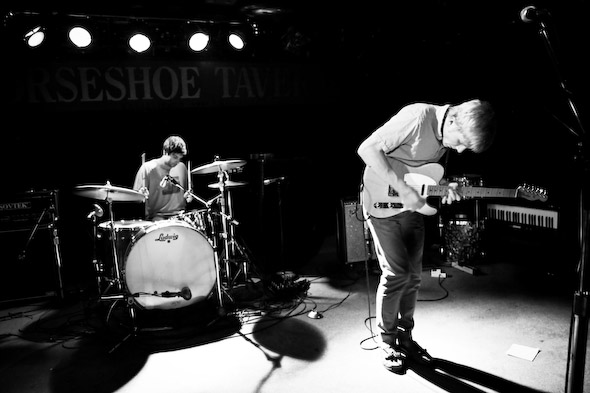 Vocalist Alaina Moore has the perfect voice for their music. She hit all the right oooohs and ohhhhs at all the right times and her voice accented wonderfully with husband, Patrick Riley's, clean upbeat guitar strums.

While watching them, I couldn't help but imagine how romantic and movie-like their sailing trip must have been. Alaina even said at one point that "everyone talks about how cute our songs are and... well... this one is too, but instead of telling you what it's actually about I'm going to say it's about drugs. Yes, this song is about drugs." And into their next classically adorable song they went. 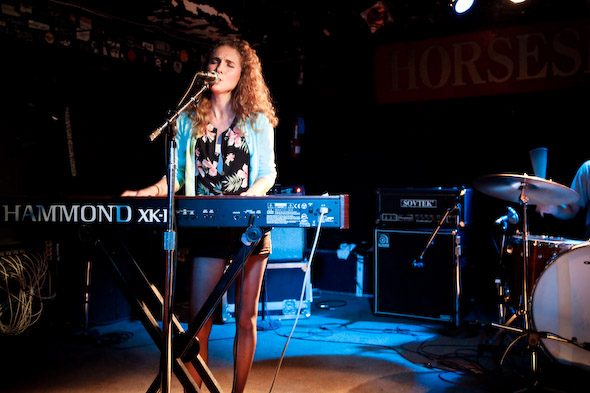 I had only heard a few of Tennis's songs before the show and by the end of their set I found myself regretting spending my cash on beer instead of their new album. I'd hate to miss having the appropriate music for my next romantic sailing trip.