On Thursday night, Hey Rosetta!, Newfoundland's pride and joy of the indie world took the stage at Lee's Palace for their final of two sold-out concerts. The seven-piece orchestral rock outfit lined up at the front of the stage amidst plenty of ambient noise and hazy blue lighting, suggesting early on that Hey Rosetta! is a band without hierarchy, and each band member is equally important to the group's rich sound. 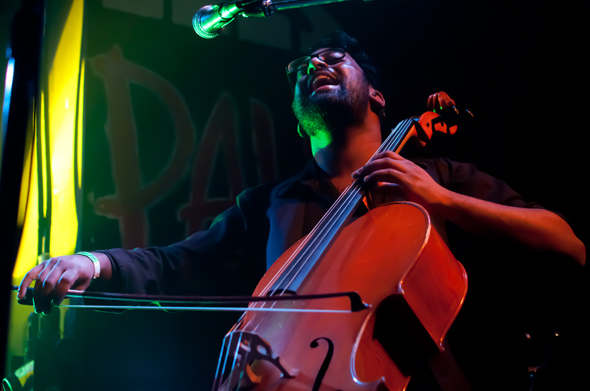 The impressive, string-laden sounds of "Downstairs" grew quietly out of the intro-ambience and appropriately led into "Welcome", one of the more bombastic songs from the group's brand new album Seeds. Not surprisingly, Hey Rosetta! relied heavily on newer songs, which most of the crowd seemed to know by heart, even though the record was released just over a week ago. Soon after came "Yer Spring", which is the perfect illustration of the band's growth, as they blended their earlier garage-rock sounds with nimble, finger-picked guitar lines and dramatic string breakdowns. 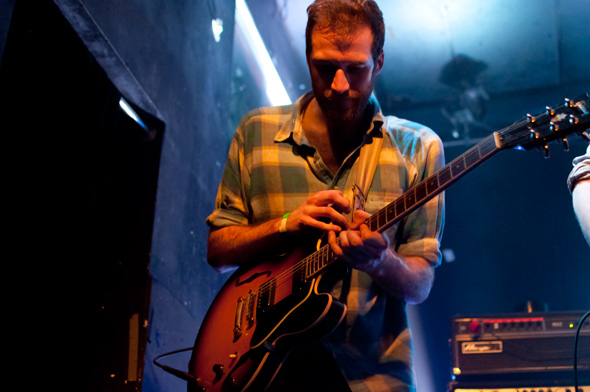 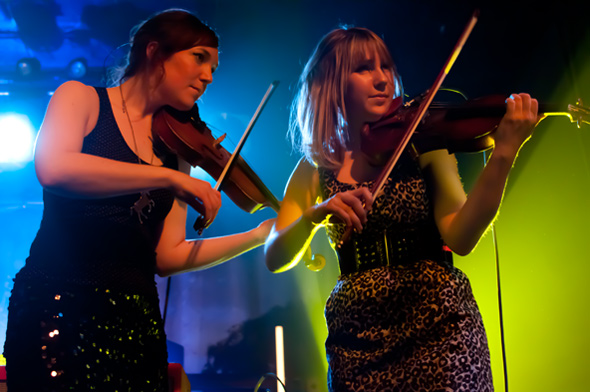 Later on in the set violinist Kinley Dowling and her viola playing sidekick Jessie Tesolin looked particularly shy playing wooden planks and other percussive devices during the breakdown on "Seeds." I'm sure their restrained smiles were largely due in part to having several friends in the audience. A particularly rocking cover of Cyndi Lauper's "Time After Time" saw Tim Baker share a vocal duet with Gramercy Riffs leading lady Mara Pellerin, and it was easily the highlight of the four-song encore. 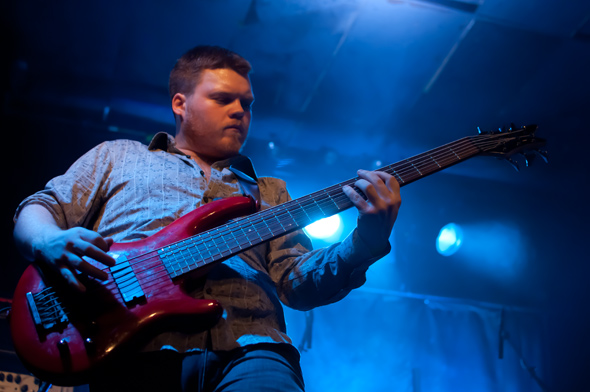 The Seeds-era version of Hey Rosetta! really seem to be thriving on this orchestral, grandiose sound and it has been gaining them comparisons to Arcade Fire, regardless of whether or not they actually sound like them. One thing is certain though, Hey Rosetta! is one album shy of being Canada's next best musical export. 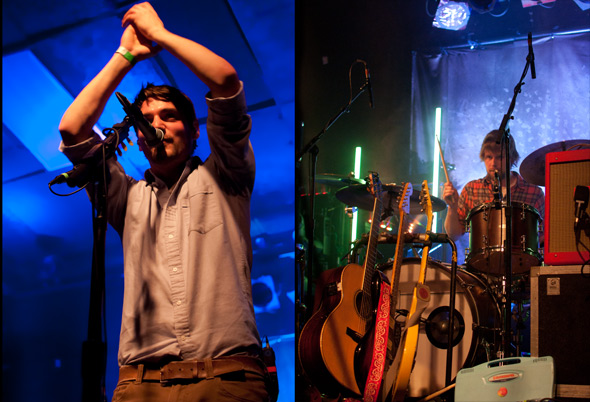