The Cameron House is reborn as a record label

The Cameron House has hosted well over a thousand bands since opening its doors in 1981, helping many artists launch successful careers, but last May saw the first management change in 15 years when the Sannella family bought out their partner to take full ownership over the bar. At the time, there was some skepticism and worry on behalf of the venue's regular patrons about whether or not the Cameron would maintain their support of Toronto's music scene, but with the announcement of their brand new record label -- Cameron House Records -- it appears that the now family run business is looking to help artists in more ways than before.

Son of owner Anne-Marie Ferraro and new bar manager, Cosmo Ferraro and business partner Michael McKeown are excited about their new venture, a fact which is clearly visible in their eyes when I sit down with them at the bar to discuss their label. The duo sees this as the next logical step in what the Cameron House wishes to represent and accomplish. "The idea came up because these artists come in all the time, and some of them are just so broke that they can't even afford to reprint records they've already made, let alone make a new record," McKeown explains. "So we thought, what can we do to help them out a little bit?"

The founders aim to make Cameron House Records into a full-scale music company, eventually handling everything from booking and management to merchandise and publishing (though each step will take place slowly as they build up their brand). The venue itself basically acts as the label's personal A&R department, seeing upwards of 15 acts a week take the stage, a process that allows Ferraro and McKeown a chance to pick their personal favourites. 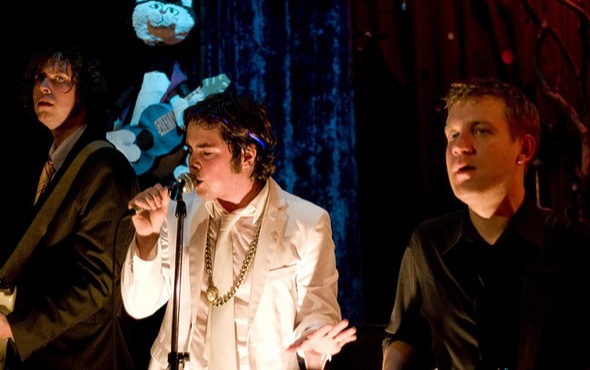 A lot of these bands, including the label's first potential signees, will be playing at the official launch party this Saturday, January 22 at The Great Hall (1087 Queen St W), headlined by David Baxter, Jack Marks, Jadea Kelly and Run With The Kittens. The shift in venue is due to an increased crowd capacity, though they do plan to host regular showcases at the Cameron House for their artists. For now, the label's attention is focused on throwing the best party they can on Saturday night and then, after the initial buzz dies down, Ferraro and McKeown will start ironing out some of the financial and legal details, working side by side with the aforementioned Baxter, an industry veteran and Cameron House regular, who has been mentoring them through this whole process.

When I asked if they had taken any notes or inspiration from other indie labels, McKeown replied, "We obviously looked at how a bunch of them operate, but at the same time we don't necessarily think other labels are doing it right, and we're going to have to do things differently to make an impact on anyone. So, yeah, we'll emulate them a bit but will hopefully just do it better."

"It'd be nice to get some of these unbelievably talented people who are playing in front of 30 or 40 out there on a grand scale, hopefully worldwide." added Ferraro. That's pretty ambitious in the long run, but they do acknowledge that they'll need to start slow.

Regardless of whether Cameron House Records becomes an international success or not, it'll no doubt be a welcome addition to the Toronto music scene. The venue itself has been hosting music for twenty years and supporting our city's vibrant arts scene, and will only continue to do so by branching out into the label business.

You can check out Cameron House Records on their Facebook page.

Photo of Run With The Kittens taken by ardenstreet.