On Sunday evening The Music Gallery, one of Toronto's finest venues, played host to The Wooden Sky's first Annual Holiday Revue. The hometown favourites sold out Lee's Palace only a month and a half ago, but decided to scale things back and provide their fans with a super intimate night of music. The band was truly in the holiday spirit as they arranged for the entire night's proceeds to be donated to the Daily Bread Food Bank, making the $25 tickets an added incentive to see such a great band. 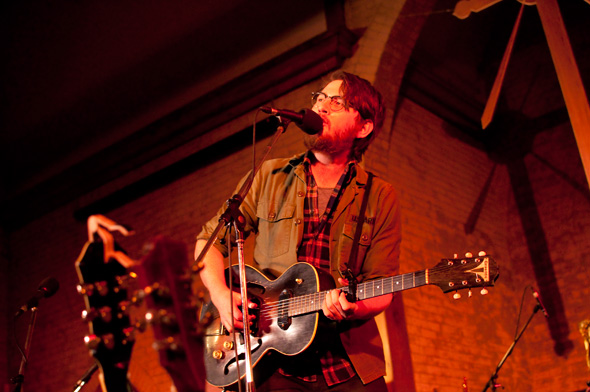 The warmth of The Music Gallery provided the perfect atmosphere for this very special gig. As if the tightly packed church wasn't intimate enough, lead singer Gavin Gardiner invited anyone in the crowd to sit on the floor right in front of the barely-elevated stage. Now with a virtually non-existent band-crowd separation, The Wooden Sky used the quiet and relaxed nature of the show to perform a few long-neglected tunes as well as some fan favourites. 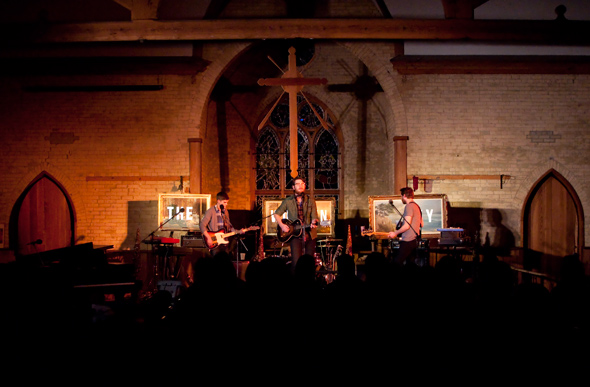 The band ran through most of If I Don't Come Home You'll Know I'm Gone, but with a tightness that was completely different from their performance at Lee's Palace. The sing-alongs at the end of "The Late King Henry" and "Oh My God (It Still Means A Lot To Me)" weren't just cut short, they were non-existent. Perhaps this was because the band was looking to pack as many songs as they could into their hour and forty-five minute set. 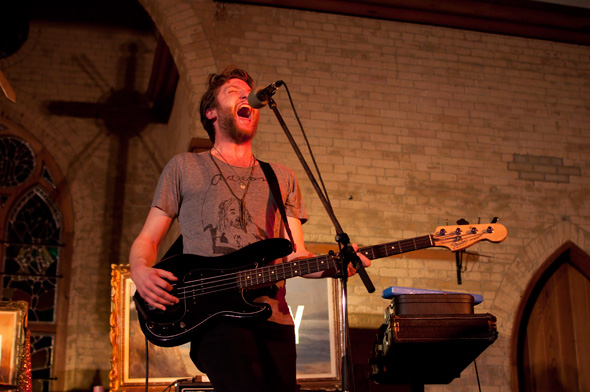 The group's newest song, "Angelina," was debuted back in November but was performed better this time around. It was also positioned nicely after "Poor Caroline," a song the band hasn't played in over two years. Soon after, Gavin performed a heavy song he had written over four years ago about a girl from northern Manitoba armed only with his acoustic guitar and bassist Andrew Wyatt on piano. 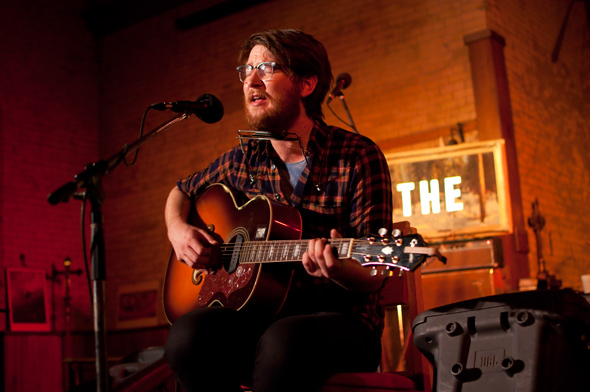 In the whisper-silent church, the dynamic and gothic "Angels" was simply chilling, and the subtle nuances of the haunting "Something Hiding For Us In The Night" were more apparent than ever. Gavin and multi-instrumentalist Simon Walker treated us to an unplugged version of "Oslo" during which I noticed many people in the audience holding back every urge to sing along. 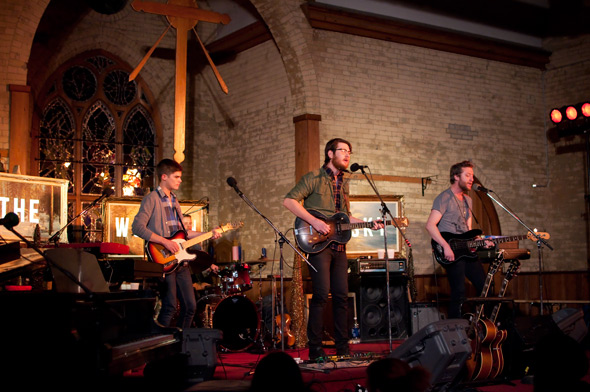 The Wooden Sky closed out the night by inviting opening act Strand of Oaks (Timothy Showalter) up to play a song which was quite reminiscent of Neil Young's live staple, "Cowgirl in the Sand." Having taken an eleven-hour bus ride just to open this one gig, Showalter looked like the happiest man in the world to be playing with a band that he truly loves. As Showalter left the stage, Wyatt strapped on his banjo, Walker set up his xylophone and the band proceeded to play a perfect version of the song bearing their very own name. "The Wooden Sky" was a fitting way to end a special night of music, which saw fans of the band raise over $3,000 for charity. 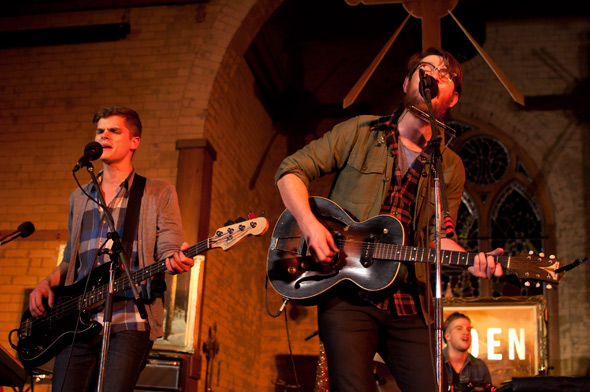