The top 10 songs from Toronto bands is a difficult list to carve out in 2010. This year's best of the best list features a wave of talented local musicians, each offering something unique and compelling. But perhaps the greatest strength of a group like this is the degree to which all of these songs speak to something greater: that Toronto has become a nesting ground for awesome musicians and music culture. 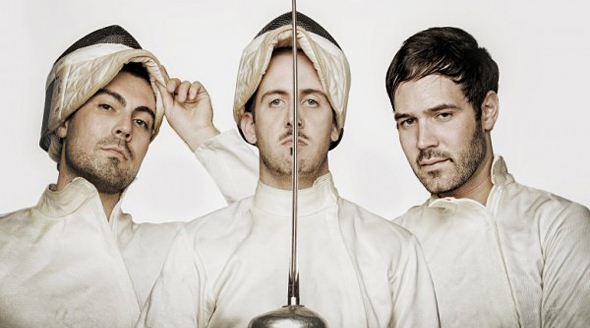 #10 - Young Empires - "White Doves (Demo)" / MP3 via We Are Pajamas
Young Empires' "White Doves" opens with veering synths and then percussions gallop, taking you "back home" wherever it may be. Majestic hooks and rhythms form thick shoe-gaze that sparks nostalgia of youth swagger and the feeling of invincibility. Watch for the turn in the song as the overture of synths ascend for a vertical push. 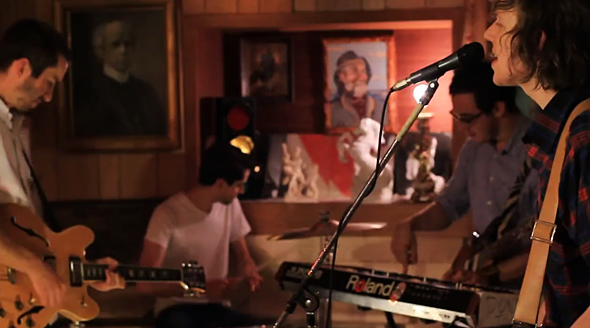 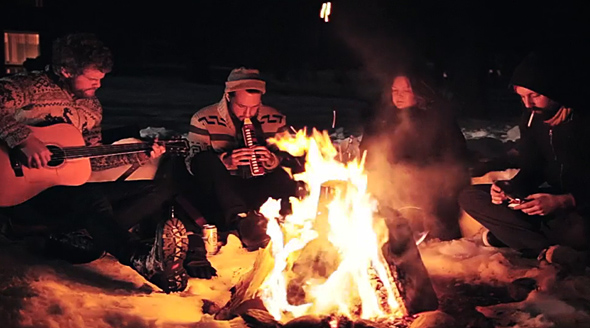 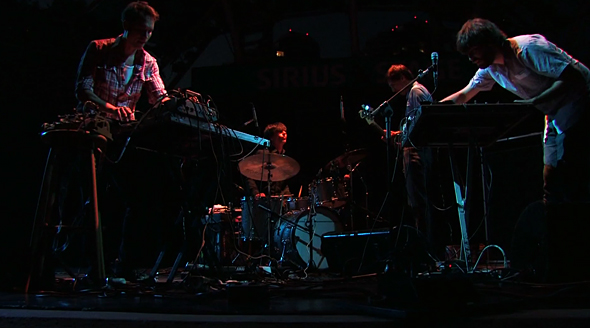 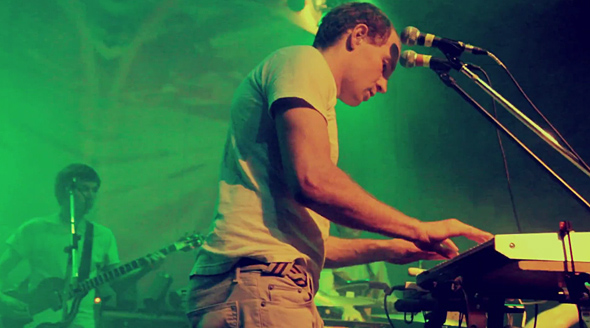 #6 - Caribou - "Found Out" / MP3 via Said the Gramophone / [Buy]
In "Found Out" Daniel Snaith adds and subtracts layers of sound, displaying his obsession with mathematical music creation. The sum: a dance floor-ready track that flows with emotion and fluid energy. 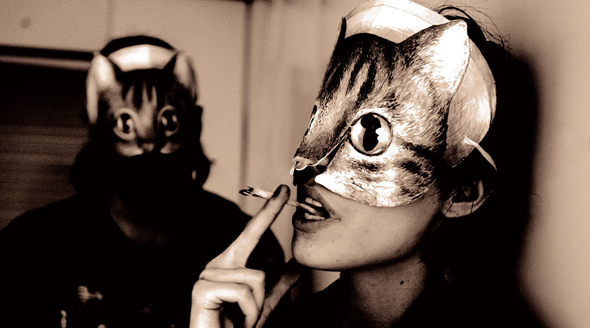 #5 - Crystal Castles feat. Robert Smith - "Not in Love (Remix)" / MP3 via I Guess I'm Floating / [Buy]
Music bloggers everywhere took note when Crystal Castles announced that they would remix their track "Not in Love" and feature The Cure's Robert Smith in vocals. The result is a screeching, catchy dance track that makes getting over someone something to celebrate. 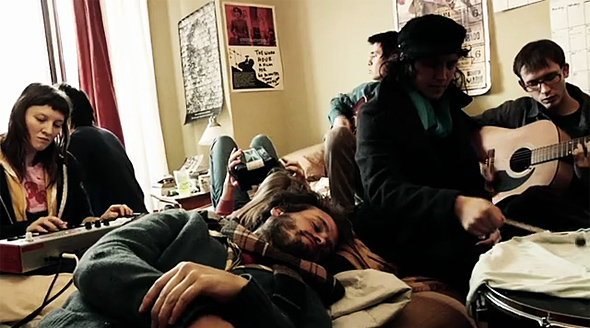 #4 - Hooded Fang - "Laughing" / MP3 via Quick Before it Melts / [Buy]
Hooded Fang transformed themselves quickly from Toronto's hidden treasure to the city's newest most cherished multi-instrumental collective. The triumphant arrangements on their pop gem "Laughing" fulfills wishes and spills happiness all around. 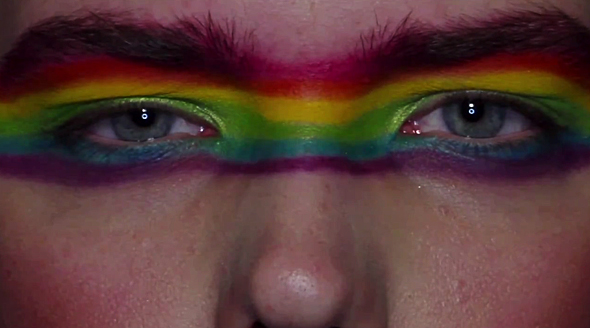 #3 - Diamond Rings - "Something Else" / MP3 via Quick Before it Melts / [Buy]
In early November, I recall musicians from Toronto tweeting their congratulations to John O'Regan when his album Special Affections received high marks on Pitchfork. John O's David Bowie-esque "Something Else" was intended to do one thing: turn whatever you set your foot on into a dance floor. 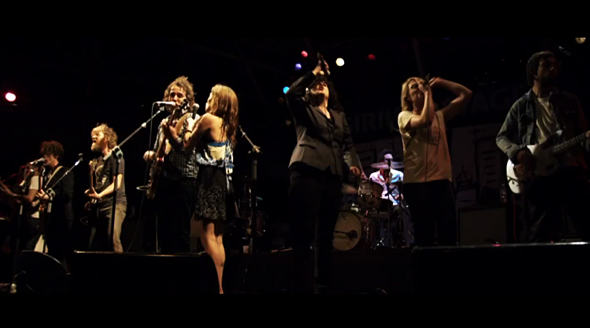 #2 - Broken Social Scene - "Meet Me in the Basement" / MP3 via Ca Va Cool / [Buy]
When the core members of BSS created "Meet Me in the Basement," the track instantly became the band's epic anthem. Hearts blew out when they played this song at their dream concert at the Harbourfront. Now, when we listen to the song, we all want to hear Kevin Drew shout "one more time!" again and again. 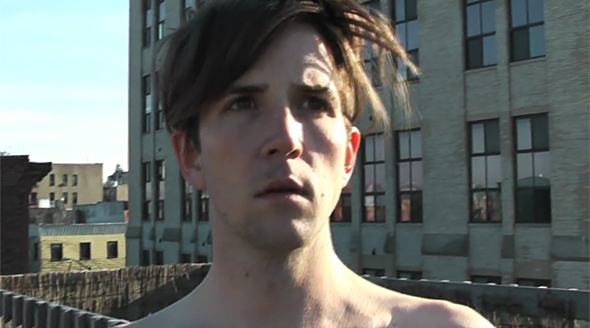 #1 - Owen Pallett - "Lewis Takes Off His Shirt" / MP3 via Said the Gramophone / [Buy]
Toronto's gifted fiddler gave us the warmest gift this year with his album Heartland, which included the magical track "Lewis Takes Off His Shirt." The track floats like a bubble through Pallett's ambitious musical storytelling and fluttering violin. We follow the bubble as it rises, rising to heights like a dream of flight.