On Friday night a tired but indomitable Wolf Parade took the stage at the Sound Academy. The concert marked the last stop of their recent tour, and fans of the band, most of whom braved a bitter cold night to trek to the remote venue, were rewarded with a performance by a band determined to give whatever they had left and then some for one last show. 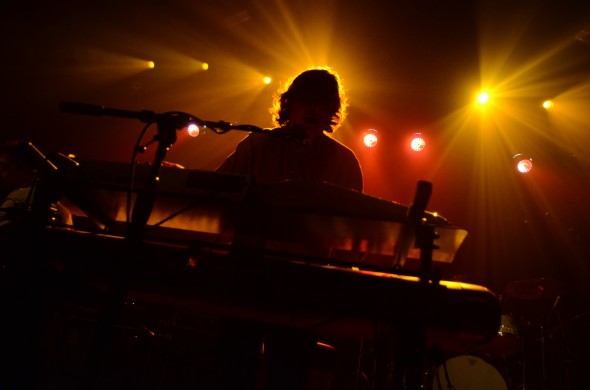 Despite its reputation, the Sound Academy's system probably won't find a better endorsement than Wolf Parade's performance. Throughout the night I moved around the place, but wherever I decided to stop and take in concert, I was consistently rewarded with clear, crisp and powerful sound; even songs like "Kissing The Beehive" and "Fine Young Cannibals," which due to their complexity might have come off muddled, I heard with all their nuance intact. 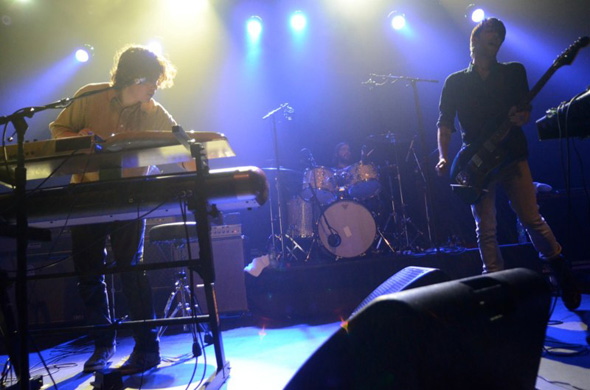 That the above should be the case probably owes a lot to not only Wolf Parade's simple but effective song writing, but also to the years of touring experience that each band member has had with their various side projects as well as with Wolf Parade itself. Last night it seemed like the greatest beneficiaries of this experience were Spencer Krug and Dan Boeckner. Their voices remain wiry and distinctive, but in contrast to the times I've seen each of them in the past, I got the impression that they've become much better technical singers. Boeckner was especially impressive -- and not only with his voice. His guitar work seemed much cleaner too. 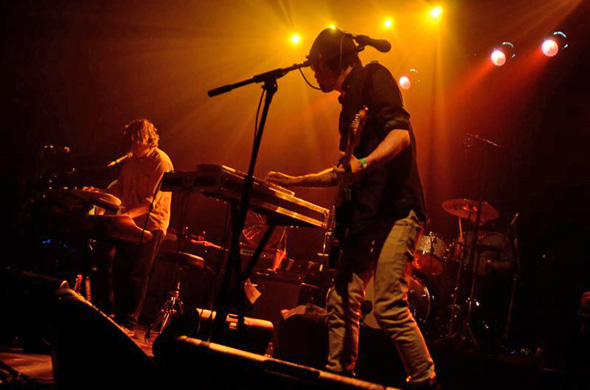 After an hour long set and a quick break the band came back on stage for an encore in which they played "Dear Sons and Daughters of Hungry Ghosts," "Shine A Light," and "Kissing The Beehive" -- three of my favourite Wolf Parade songs. After singing along at the top of my lungs -- and sorry to my photographer and anyone else I might have offended with my terrible singing -- I was left with the feeling I've had after each Wolf Parade concert. 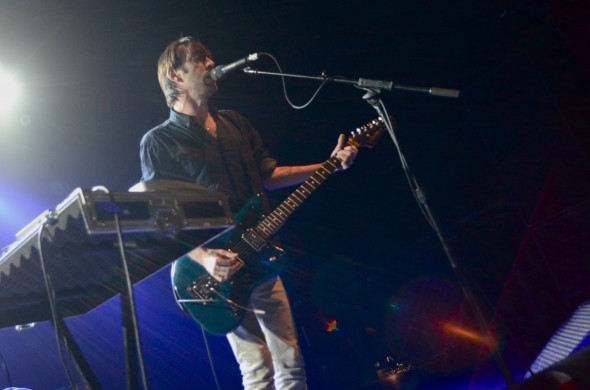 Whenever I see Wolf Parade I feel as if it might be the last time. After all, each of the band members is a prolific musician in their own right with several side projects to their name, and I often fear that they might just go and focus on those at the expense of their work together. Thankfully, each time I've been proven wrong, and it's a good thing too, because in my humble opinion they really are the best when they play together, so I hope that they keep proving me wrong. 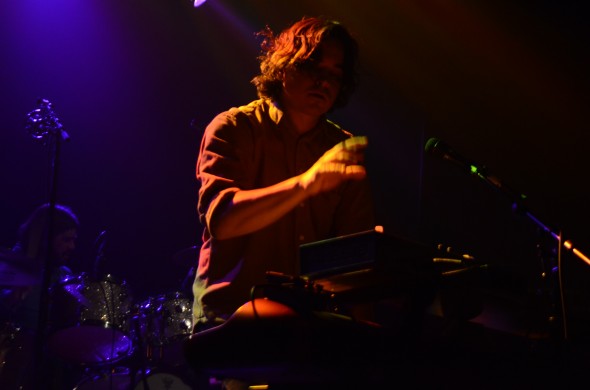