The XX and Warpaint seduce a full house at Massey Hall

Recent Mercury Prize winners The XX delivered a short but sweet set to a packed house at Massey Hall on Wednesday night, showcasing their debut album as the headlining act of the evening after a tantalizing opening performance from LA's Warpaint.

Both The XX and Warpaint have made Toronto a home-away-from-home of sorts, with the two bands having appeared here a combined total of seven times this year. While naysayers may have thought The XX's decision to play a venue as large as Massey Hall to be a gross overestimation of their popularity, the turnout on Wednesday night dictated otherwise. Lucky for The XX, Toronto concert-goers have an insatiable appetite for brooding, electro-infused Britpop. 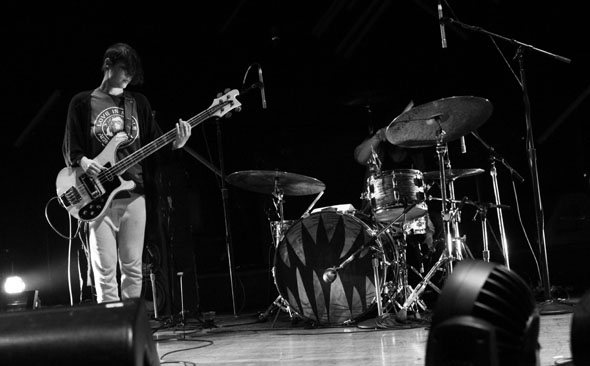 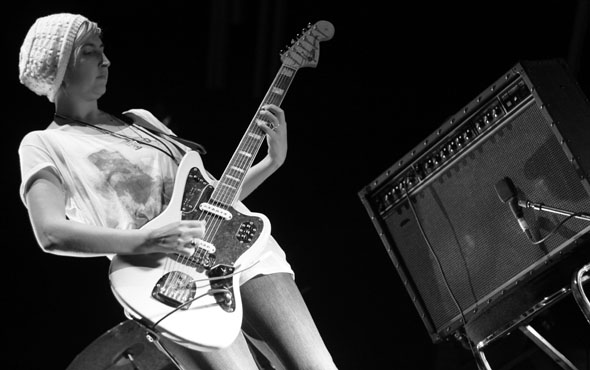 Taking the stage shortly before 9pm, Warpaint proved to be a fitting opener for the British headlining act. The soft, lush three-way vocal harmonies of bassist Jenny Lee Lindberg and guitarists Emily Kokal and Theresa Wayman were layered on top of hypnotic guitar melodies, groovy, repetitive basslines and simple yet effective percussion. 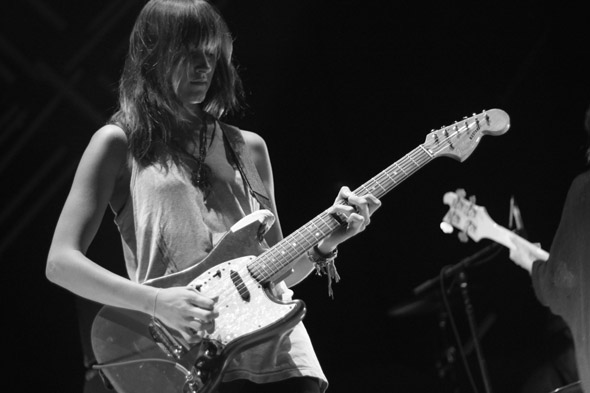 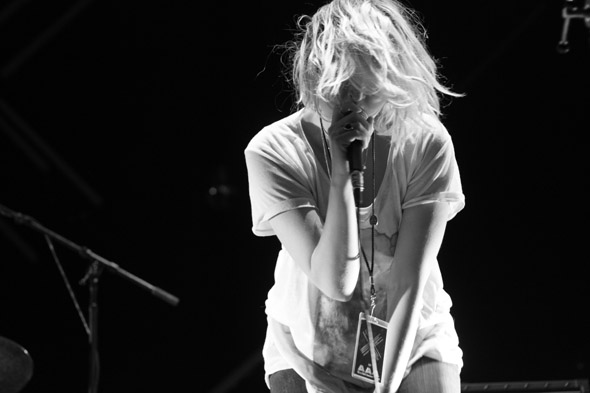 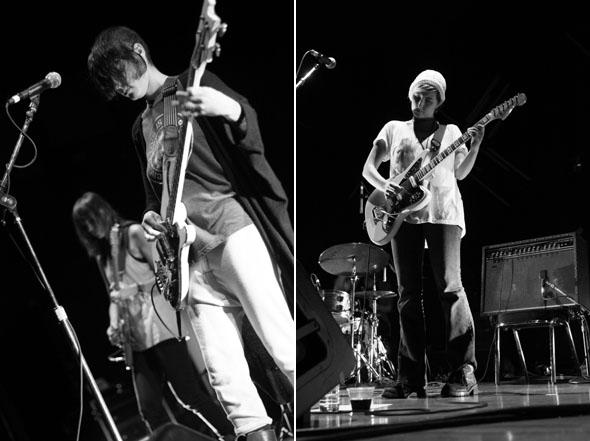 Subtle hints of shoegaze and post-rock influence were evident throughout their all-too-brief set - influences that were amplified by their disregard for conventional pop song structure and their love for jamming in a live setting. With their debut full-length set to drop on October 25, Warpaint are certainly an act to keep your eye on in 2011.

Hundreds of eager fans continued to meander through the aisles of Massey Hall as Warpaint packed up their gear to make way for the headlining act, and by the time the house lights dimmed at 9:15pm it became increasingly obvious that The XX had managed to fill the venue. For a trio with a combined age of 63, performing to a capacity crowd at Massey Hall is quite the accomplishment. 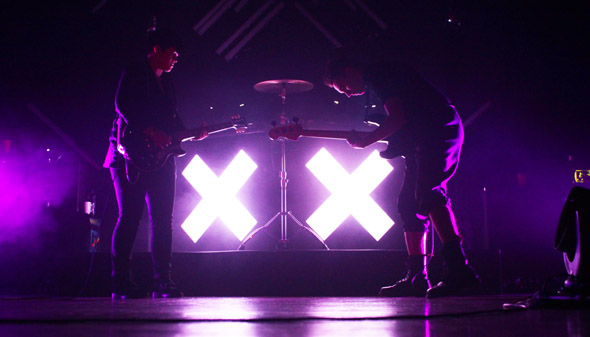 While the recent spike in success of the South London trio is owed in large part to their Mercury Prize win earlier this month, The XX were well on their way to domestic and international success long before the UK equivalent of the Polaris was awarded to them. Tours alongside renowned acts like Hot Chip, placement in dozens of movies and televisions shows, countless festival appearances and a headlining slot at the Matt Groening curated ATP in their home country last year solidified The XX as a venerable force to be reckoned with prior to their Mercury success.

Determination and relentless touring coupled with the release of a critically acclaimed debut album has proven to be a successful business model for The XX, and while many acts would let success of this level get to their head, The XX convey an attitude of humility and reverence where one might instead expect arrogance or conceit. 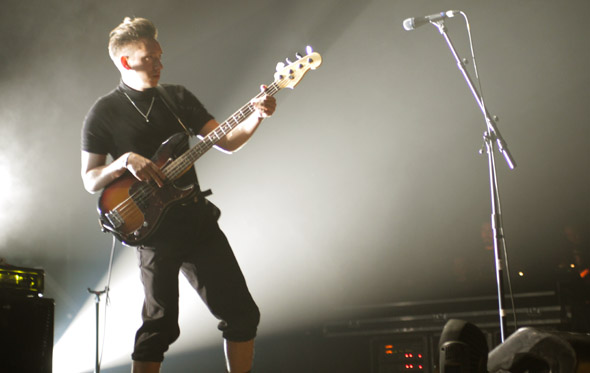 Despite steady growth in popularity throughout the last two years of touring, The XX's live presence still leaves a lot to be desired. With only one album under their belt, they have not yet developed the kind of extensive back catalogue that would allow them to mix up the setlist or surprise their audience in a way that a more experienced act could.

Guitarist/vocalist Romy Madley Croft and Bassist Oliver Sim did their best to change it up for the crowd, shuffling the order of songs and throwing a fantastic rendition of Womack & Womack's "Teardrops" into the middle of their set in an attempt to spice things up a bit. Croft's interaction with the crowd was minimal, while Sim's natural laid back charm was on full display on Wednesday night. 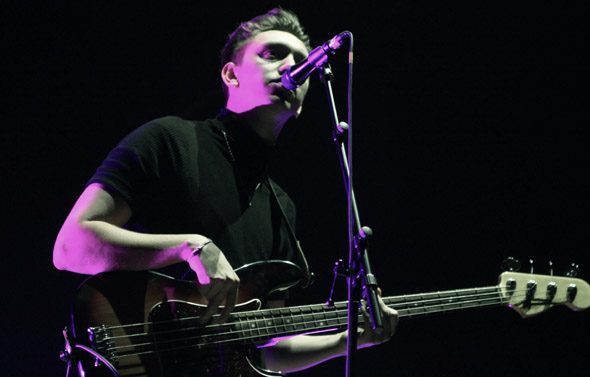 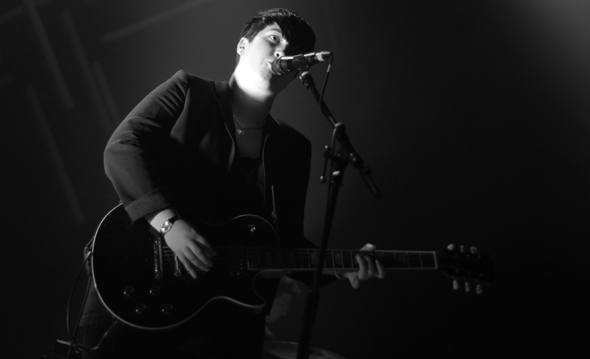 Sim and Croft remained fairly stagnant at the front of the stage throughout their performance, while beat programmer Jamie Smith, surrounded by a trio of Akai MPC samplers, a Kaoss MIDI controller pad and a single cymbal, lurked in the shadows behind the group's signature XX lights. After receiving his first MPC on his eighteenth birthday, Smith began using it as a live percussion instrument rather than a production tool - a decision which, though born from ignorance, soon evolved into one of defining characteristics of The XX's atmospheric and somewhat ambient sound. 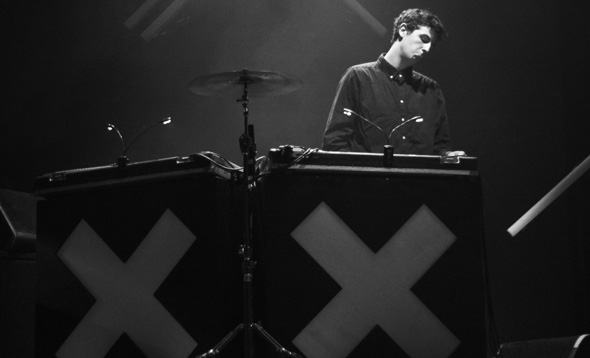 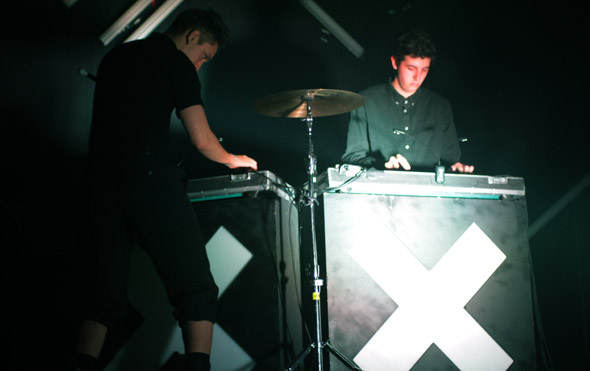 His fingers danced over top of his samplers and controller pad, tapping out rhythms in perfect time with bassist Oliver Sim. Aside from a few momentary lapses in cohesion and timing, their sound on Wednesday night was close to flawless. Their set built in intensity from start to finish, reaching a crescendo during "Islands" that prompted a good chunk of the floor-level audience members to leave their seats and flood the front of the stage, where they would remain through the end of the set and into the encore to the chagrin of the outnumbered security staff. 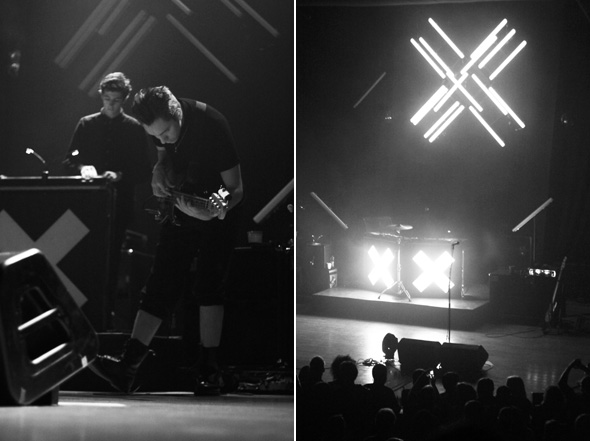 The XX returned to the stage to encore with "Stars", performing their final track of the evening face to face with the excitable Toronto crowd. Despite the fact that tickets were as much as $45 per head, and they only played for an hour or so, the Toronto crowd lapped up every second of their performance with ravenous enthusiasm and left Massey Hall elated with the short but sweet set from The XX.