Mayer Hawthorne gets nostalgic at the Opera House

The Opera House hosted an evening of vintage sound as Mayer Hawthorne & the County brought some Motown soul to the packed venue this past Friday. The night was filled with hints of nostalgic melodies and soulful rhythms as Toronto born Tanika Charles started the show off with her warm charisma and powerful voice. 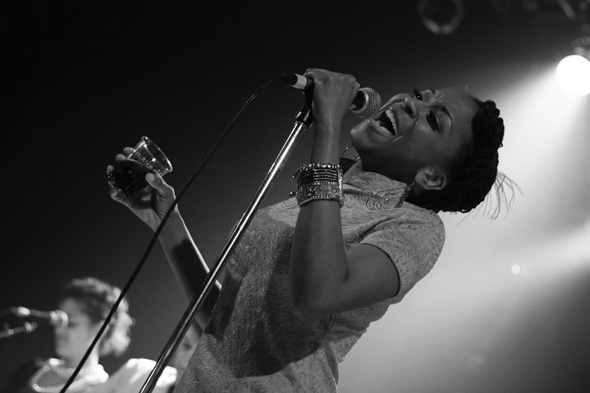 Backed by her band the Wonderfuls, Charles continued to make her music reminiscent of 60's R&B. Her intoxicating voice and eclectic sound is parallel to the likes of Etta James or Diana Ross, and the audience was undoubtedly pleased to receive her retro music. 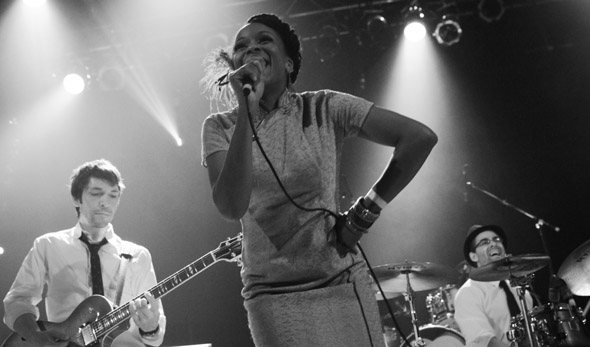 Donned with emerald dress and a peacock feather in her hair, she looked as if she was lifted off the cover of a dusty old Motown or Blue Note record and placed upon the Opera House stage. Her beautiful voice was teamed perfectly with her talented band, the Wonderfuls. 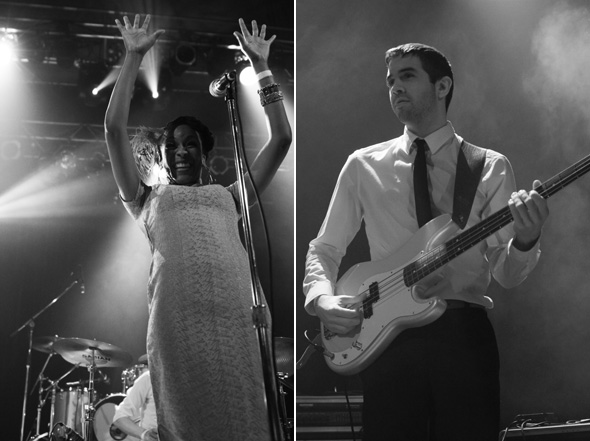 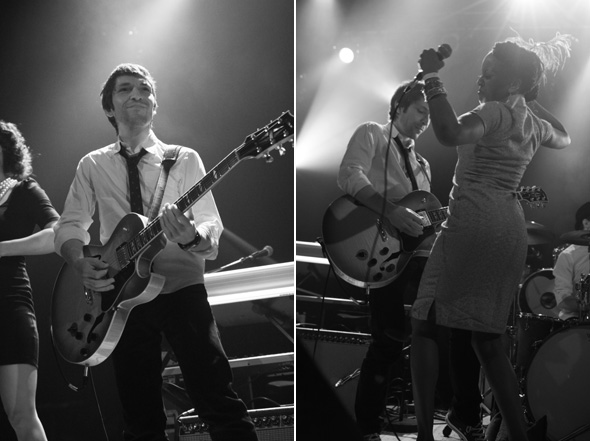 Tony Nesbitt-Larking, the band's skilled drummer, kept the pace during the entire set and presented his virtuosic drumming abilities. During her final song "Could I Be Your Love?" Charles introduced all the members of the Wonderfuls, who would display their talents one-by-one with short solos. Tanika Charles & the Wonderfuls was the perfect soulful prologue to the evening of vintage sound. 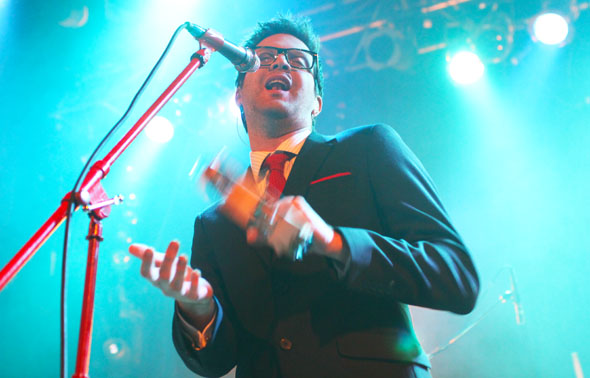 As the crowd milled around and talked with one-another, the stage transformed into a symmetrical presentation of drum kit and microphone stands. House lights dimmed just slightly as giant M and H became alight and pillared the musicians. Hawthorne's band, the County, marched on stage in matching red cardigans and almost looked like barrage of valet parking attendants armed with musical instruments. 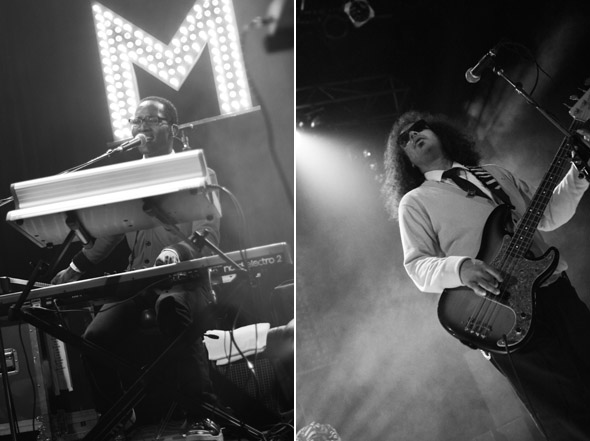 Mayer Hawthorne jogged on stage in three-piece suit and shiny red and black Nike dunks and instantly grasped the attention of the music hungry crowd. Hawthorne exploded into his set with danceable tunes and soulful melodies. The crowd delightfully moved to Hawthorne's precise voice and powerful tone and was more than willing to participate with him in singing and dancing. 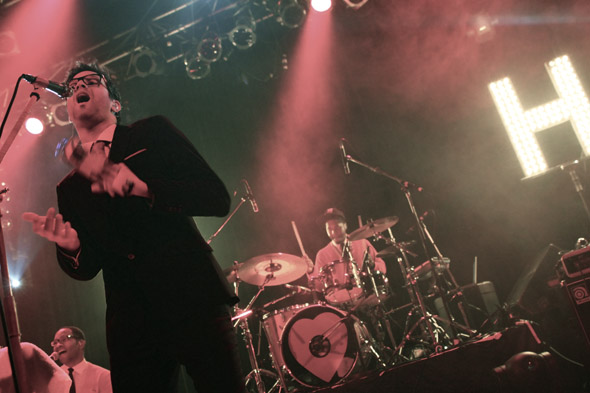 Along with performing his own songs, Mayer Hawthorne & the County kicked out some crowd favorites such as "Gangsta Luv" and "Beautiful" (Snoop Dogg originals) and "What a Fool Believes" by the Doobie Brothers. 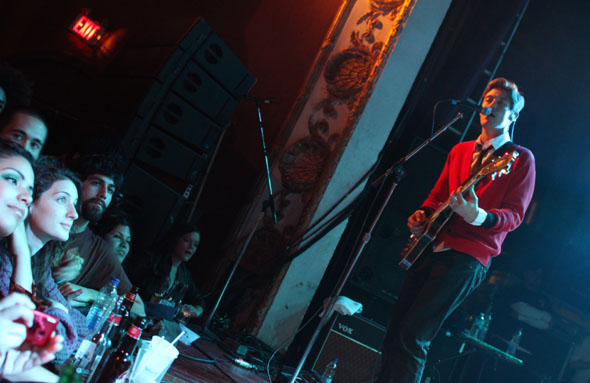 His faster tunes are definitely reminiscent of some Motown or Prince songs with up-tempo rhythms and catchy guitar licks, and his slower songs are nostalgic of 60's R&B bands such as the Delfonics. 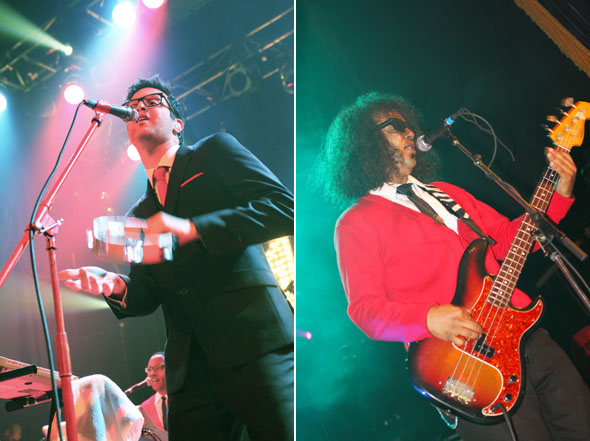 The real talents of the band were easily portrayed by the sheer versatility of their instrumentation and vigor, and displayed these talents within the breakdowns and transitions between songs. Hawthorne's voice echoed through the Queen street east venue as his set came to a close. 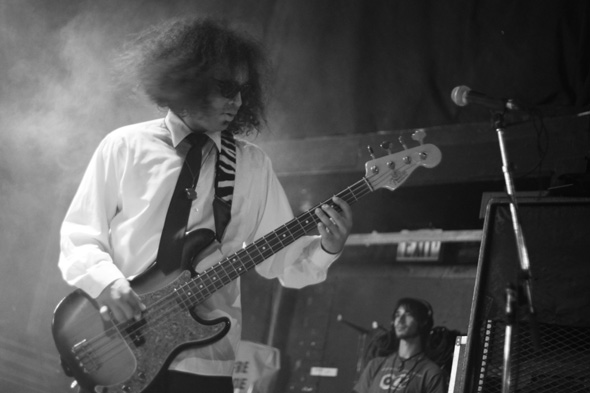 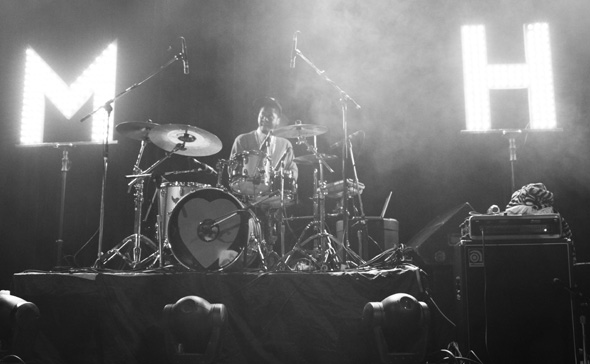 The audience still clinging to the imprints of sound and light, Mayer Hawthorne & the County came back out for a quick encore of Motown hits. As the crowd continued to dance uncontrollably, Hawthorne & the County joyfully tugged out final notes and quickly retreated to the shadow of backstage. The evening of sonic nostalgia casually came to decrescendo and the vintage sound hung fresh in the autumn air.

Words by Alex Kamino. Photos and Videos by Matthew McAndrew.