K'naan and Shad teamed up for a gig at the Kool Haus on Friday night, delivering back-to-back sets showcasing the optimistic and conscious side of hip hop to an eclectic Toronto crowd. Both Shad and K'naan have a universal appeal that has elevated their unique musical concoctions and heartfelt prose miles above the overpopulated realm of gangster rap and autotuned top-40 garbage. The family friendly affair was an arm-waving, chorus-chanting, crowd-pleasing and heart-warming experience from start to finish. 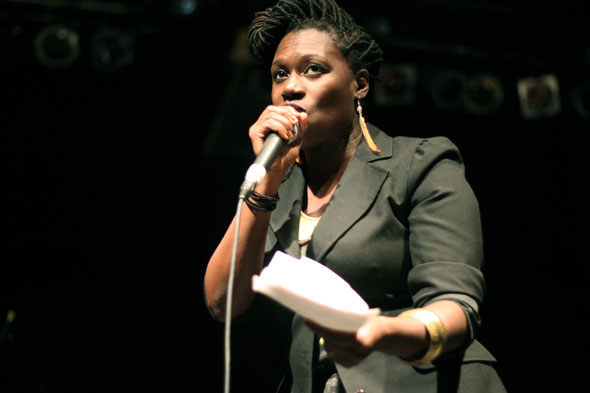 After an introduction from CBC radio personality Nana Aba Duncan, Shad K joined his DJ and bassist on stage and immediately won the affections of the crowd with a spectacular performance of his hit single "Rose Garden". He performed an all-too-brief thirty-minute set that saw him exclude some of his more popular songs (noticeably absent were "Yaa...I Get It" "We, Myself & I" and "I Don't Like To") in favour of some of his lesser known tracks like "Now a Daze" "A Good Name" and "Quest for Glory". 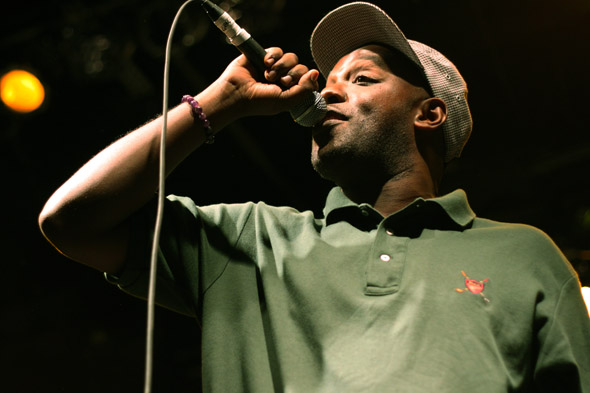 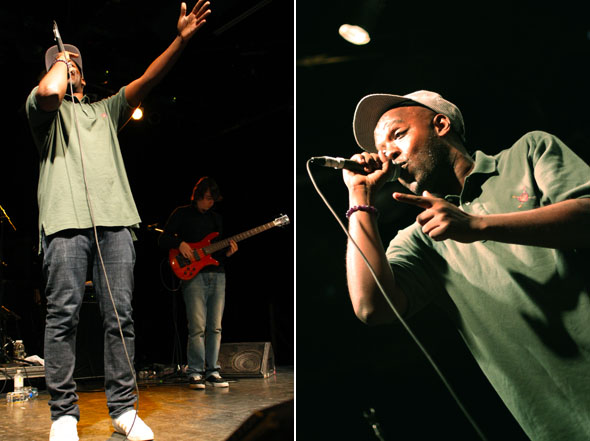 Shad bounced around the stage spreading his infectious playfulness and energy to the crowd one rhyme at a time, getting the strongest reaction from the audience anytime a track from his Polaris-shortlisted effort TSOL was played. He closed out his set with "Keep Shining" before retiring to make way for fellow African-Canadian hip hop sensation K'naan. 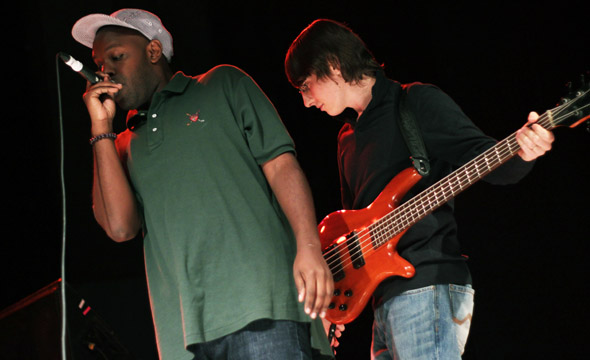 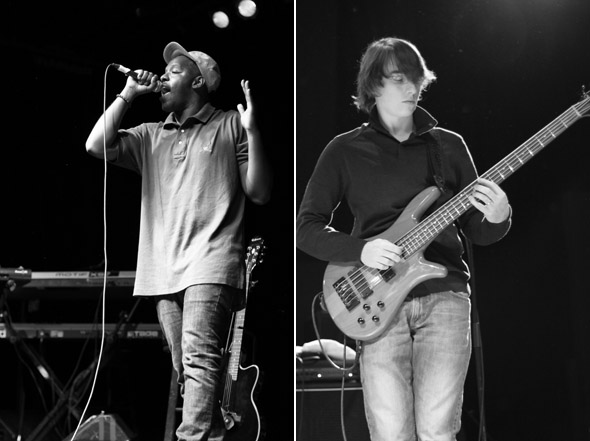 As I sat near the north bar between sets, a handful of kids wearing matching K'naan fedoras were running around, weaving in and out of the legs of audience members to peek their heads over the bar to check if K'naan was about to make his grand entrance. As soon as Nana Aba returned to the stage to introduce the headliner, they bolted around the corner to get closer to the action. 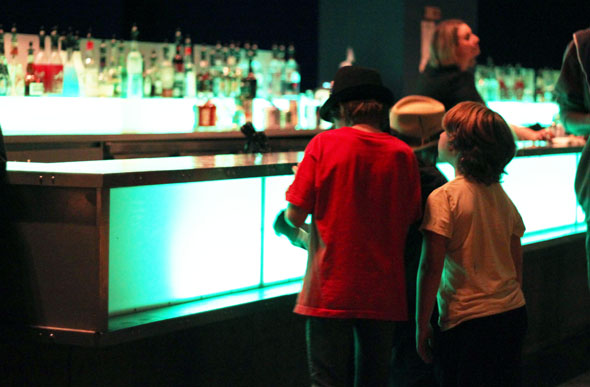 The audience reaction to Shad was immediately overshadowed by the deafening chants and cheers that erupted the moment K'naan emerged from backstage. He opened with "ABCs" and immediately the power of his live rhythm section reverberated through the Kool Haus. Looking out onto a sea of waving arms and singing fans, K'naan performed with a warmth and passion that intensified the already transcendental atmosphere of the evening. 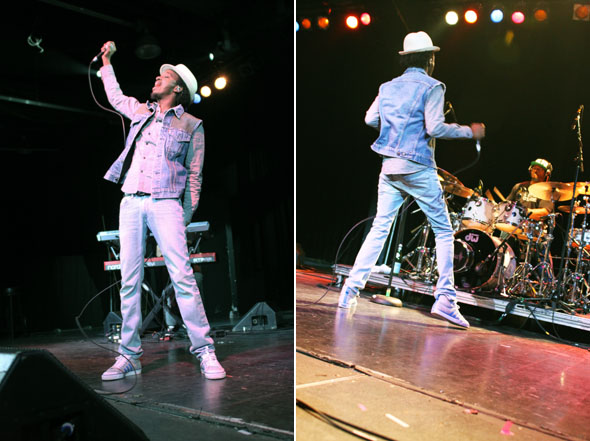 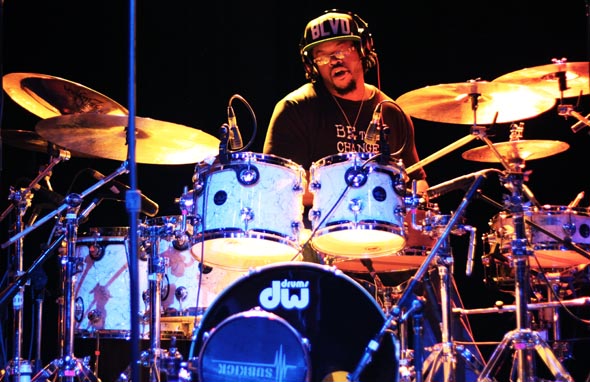 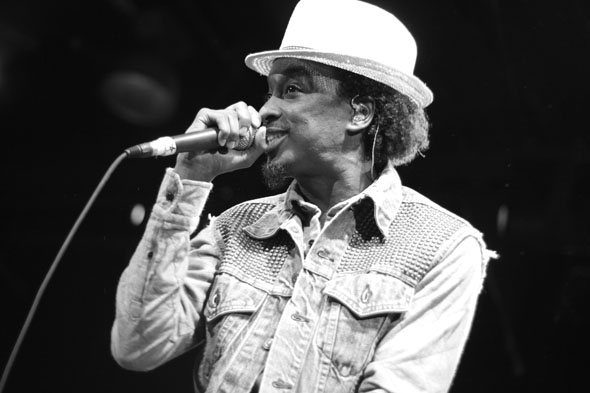 He rolled through songs from his latest album Troubadour - a fifteen track collection that was recorded in Kingston, Jamaica at Tuff Gong studios and Bob Marley's own home. The album features contributions from a number of renowned musicians, including Kirk Hammett (Metallica), Chubb Rock, Mos Def, Chali 2na, Adam Levine (Maroon 5) and Damian Marley who, along with his brother Stephen, granted K'naan unprecedented access to their father's studios. On Friday night he performed without the aid of any of these guests, breathing new life into his recorded songs with the help of a four-piece backing group.

K'naan stopped in the middle of an anthemic rendition of "Take a Minute" to reminisce about the recording sessions that produced Troubadour, prompting a voracious response from the crowd. As the outpouring of love for Bob began to die down, the "yeah, yeah, yeah" chants intensified, and once again the walls of the Kool Haus were filled with the harmonized voices of thousands of fans. 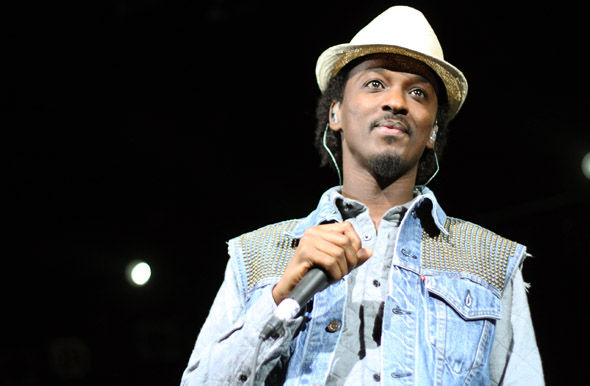 His set favoured his newer material, but a few songs from his debut album The Dusty Foot Philosopher were also played, including "In The Beginning" and "Hoobale". Save for "15 Minutes Away" and "People like Me," K'naan played every track off of Troubadour, holding out on fan favourite "Wavin' Flag" for the big finale. As Canadian flags danced and swayed underneath the swirling stage lights, each and every member of the crowd sang along with the track that, thanks in part to World Cup and Olympics endorsements, has become an international anthem for the masses.

He triumphantly re-emerged to the tribal beat of "T.I.A.," thanking the Toronto crowd profusely before transitioning into "Smile,"an a cappella rendition of "Somalia" and a cover of U2's "Stuck In A Moment". The Dusty Foot Philosopher closed the night out with a foot-stomping, arm-swinging performance of "Soobax", ending an incredible evening on an upbeat and inspirational note. 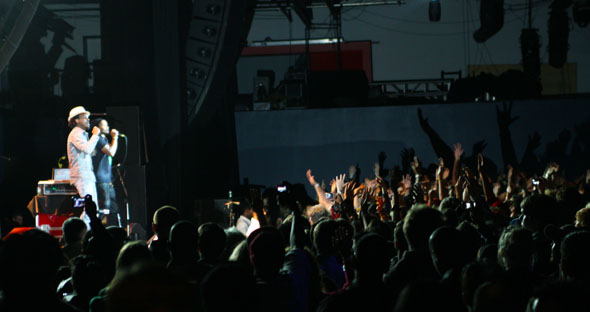 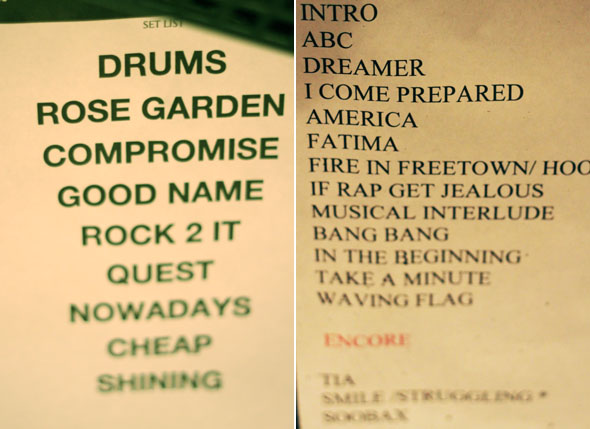 Note: K'naan did not stick to his setlist - though all of those tracks were played, the order was switched up.