James is one of my favourite bands of all time to see live. Singer Tim Booth has an extraordinary ability to feed off the energy of the audience, and this was no exception Thursday night at the Queen Elizabeth Theatre.

James last came to Toronto in September 2008 where they played a packed show at The Phoenix. What this venue lacked in intimacy, it made up for in sheer togetherness of the crowd, with everyone often singing along in unison. 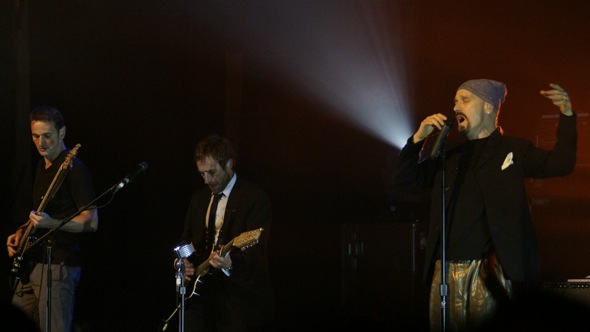 The seven-piece band was tight, yet played loose at key moments during the set, giving in to extended jams towards the end of some songs.

A handful of songs into their set, Booth addressed the audience, telling them he knows that Toronto has a reputation for being reserved. "But that's not our experience," he added, urging the crowd to lose their inhibitions.

I recall the time when -- back when the concert venue at Ontario Place was still called The Forum -- a renegade fan broke onto the rotating stage and embraced Booth and gave him a kiss, much to his surprise. 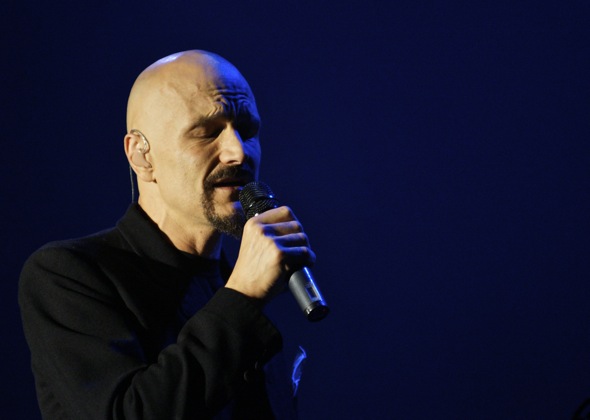 This show began with the band coming down the aisles, playing a stripped-down version of Sit Down, which was one of the hits that launched this Mancunian pop group many years ago.

James fostered a close relationship with their fans from the get go. And it only got better from there. Playing an extended version of Sound, also from their early back catalogue. Before we knew it, there were 20 fans invited up on stage, dancing along to Laid.

Most bands would maybe do this for their encore. But this was just over midway through their lively set. And I was amazed how orderly those fans dispersed from the stage, without any interference from security. 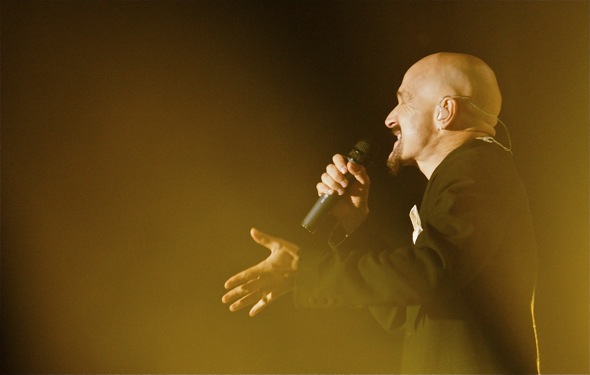 Indeed, James was in fine form. If there was any question after their break-up in 2001 whether they'd come back as strong, this show removed all doubt. 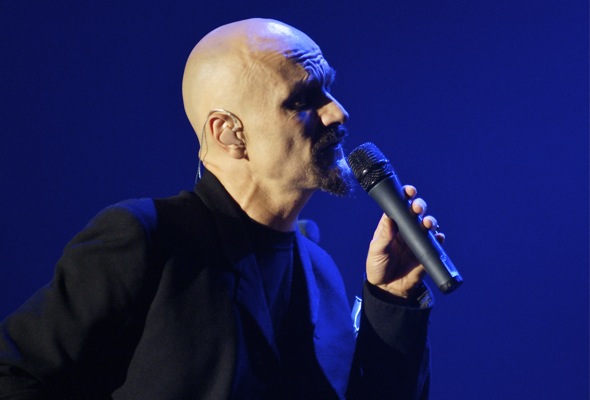 Their latest album, The Morning After The Night Before, the band's second album since they reunited in 2007, has many beautiful songs on it which translated really well live. During the song Tell Her I Said So, I spotted an elderly woman in the audience singing along the refrain "Here's to a long life, here's to a long life." Truly magical. 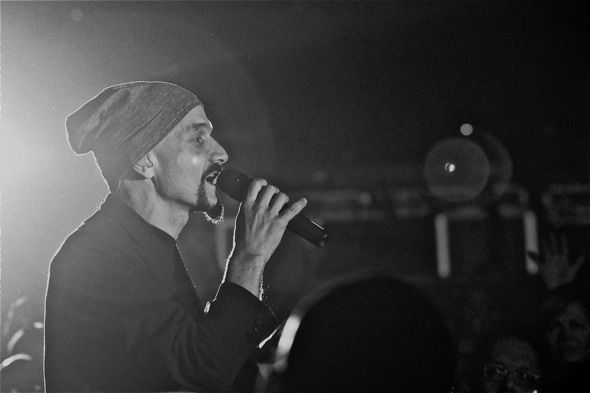 I was pleased to hear James play the uplifting Tomorrow, conspicuously absent from their last gig in Toronto. Towards the end of the show, we all shared in an extended singalong to Sometimes, which seemed to go on forever. If only it did.

Booth commented on his Twitter feed "The manager at the Toronto venue said he hadn't seen any audience make such a noise in 10 years of owning clubs."

How was it for you?