Liars play the soundtrack to the apocalypse at Lee's Palace

Say what you will about New York's Liars, but they're not just an art punk noise rock band. They're much more -- something different, something unhinged. Last night at Lee's Palace they created a sonic roller coaster from hell, with the band's bass heavy rhythms and stuttering guitar work set astutely against front man Angus Andrews otherworldly vocals. 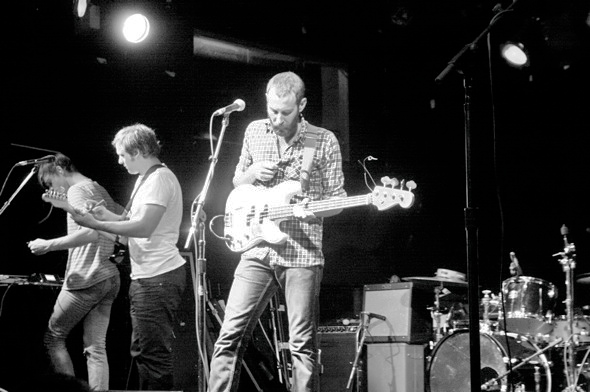 Calgary's Women opened up the show and really set the tone for how much of a mind-melt the rest of the night was going to be. At times they conjured up a Spaceman 3 like wall of sound, in between uber-catchy seven minute post rock songs. I wish I had seen their whole set, but from what I saw I was seriously impressed. 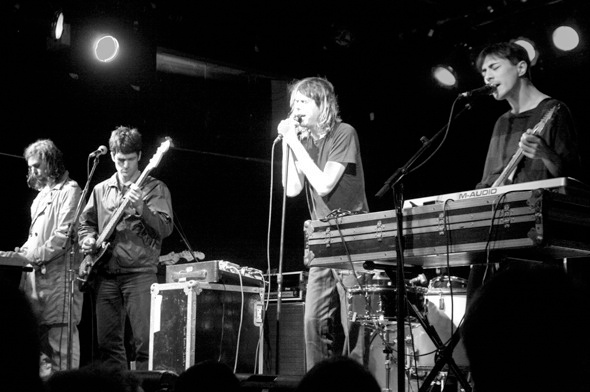 If ever you wondered what the sound of music's death would be like, Liars is the band to reference. 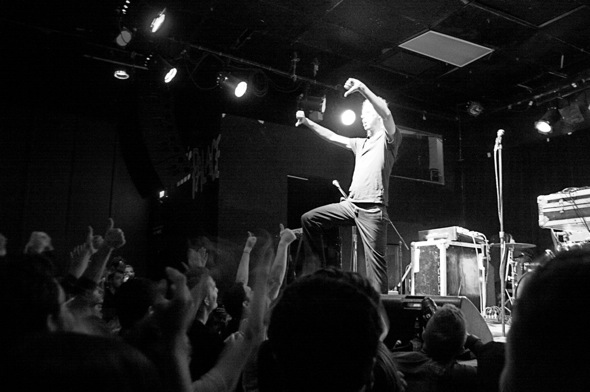 In the same way that people watch Dexter to see the romanticizing of murder, you can listen to Liars and have a similar experience. The effects pedals Andrews pounded every so often were so loud that my bones shook slightly. It was if the fabric of the universe had been ruffled. 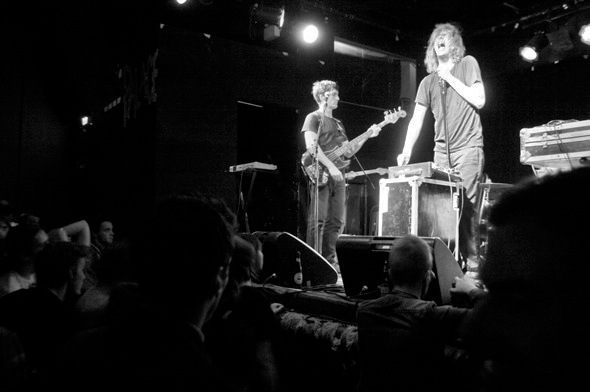 Playing a few of the most intriguing tracks off their latest album Sisterworld turned the spaced-out crowd into an all out brawl. "The Overachievers" and "Scarecrows on a Killer Slant" turned my blood into jelly. Responding to the crowds eager dancing, Andrews followed suit in his well known childlike spazz-out. 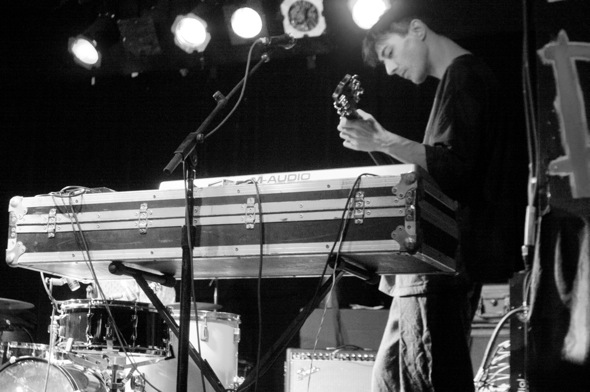 My first experience with them as a band was 2004's "They We're Wrong, So We Drowned," the "story album" as Andrews fervently calls it, written about the witch trials and folklore. That album, with it's kitchen utensil instruments and falsetto drawls can really give you an idea of just what kind of shit-storm boils in the mind of the Liars. But it's on their earlier work, like "Fins to Make us More Fish-Like" where you get a sense of the creative energy the band members have.

As a band that managed to escape the pigeonholing of the media in the mid 2000's, they continue to push the boundaries of what music in a traditional sense can mean. Liars are a force to be reckoned with.