Land of Talk chat with a packed house at Lee's Palace

Lee's Palace hosted Montreal's Land of Talk on Thursday night to promote their second album Cloak and Cipher. The crowd at Lee's was the first to witness live performances of select tracks from Cloak and Cipher, which was released at the end of August by Saddle Creek Records. Creating the album was no easy feat: lead singer/songwriter Elizabeth Powell wrote the album during a six-month recuperation from vocal chord surgery.

I first caught sight of Powell setting up guitar racks and pedals before the show. The Peavey amp stacks on stage were adorned with colourful tapestries, and the speakers blurted out muffled sounds of Patti Smith. The result was a very comfortable, almost living room vibe in Lee's. 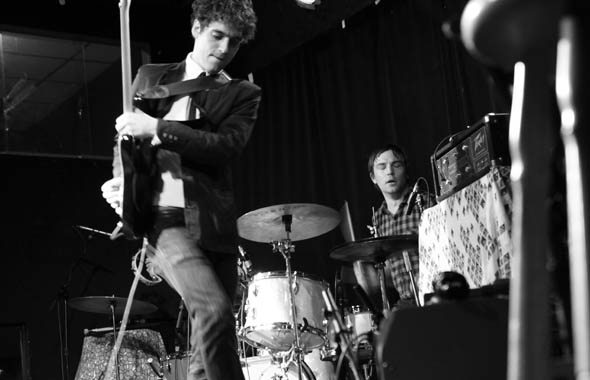 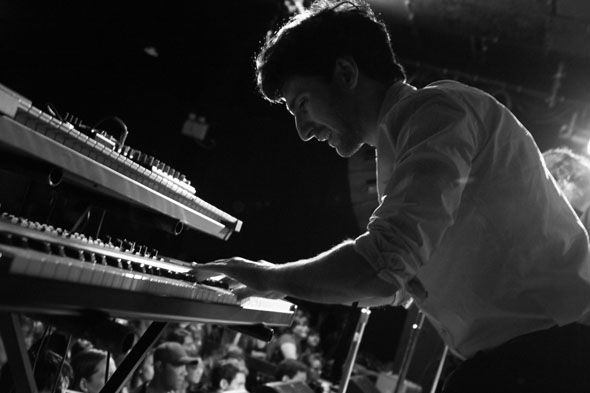 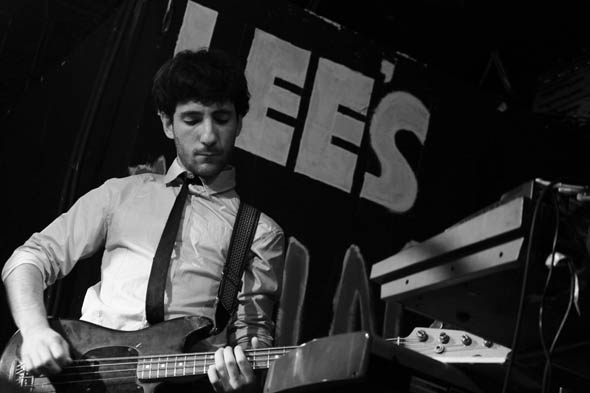 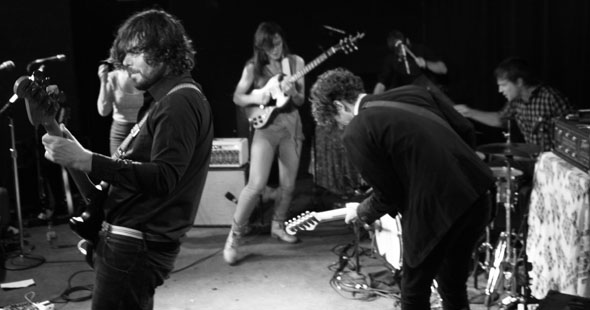 Three members of Suuns, who opened the show, joined their fellow Montrealers for the first couple of songs. The set list stretched the gambit, playing songs off previous albums such as: Some are Lakes, Fun and Laughter EP, and even their first EP, Applause Cheer Boo Hiss. 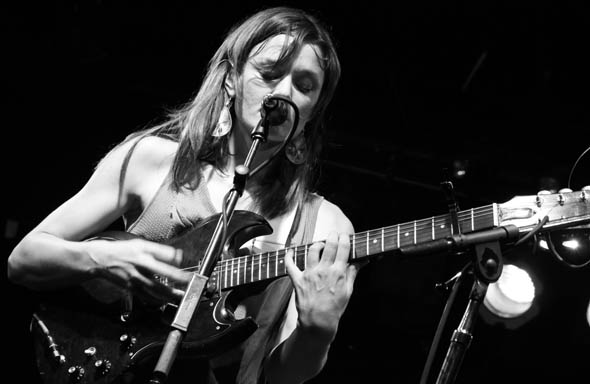 Armed with a maroon Gibson SG, Powell plucked up-tempo melodies on her steel strings, overlaying them with her fragile and beautiful voice. After a couple of songs, the three members of Suuns disappeared off stage and the Land of Talk stripped down to their three-piece core. 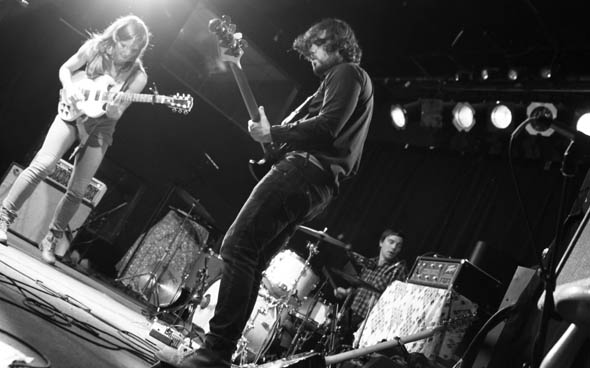 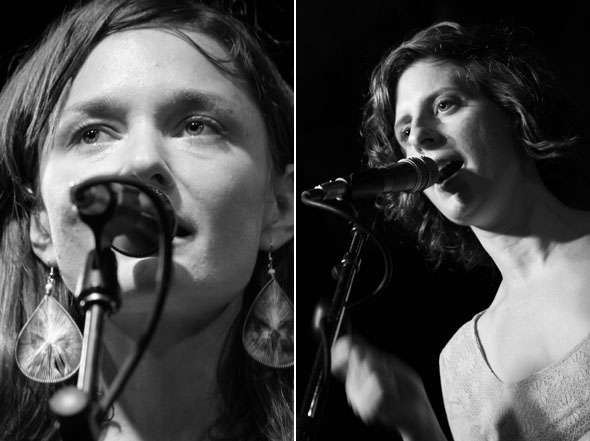 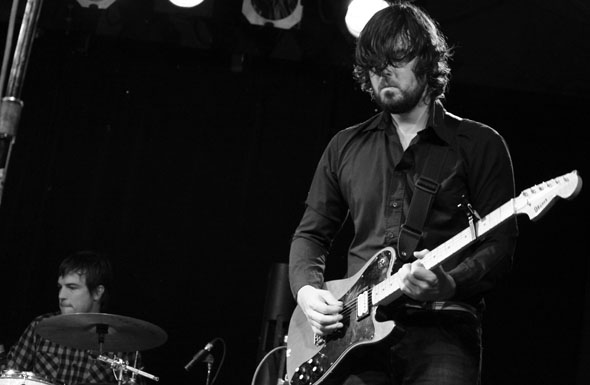 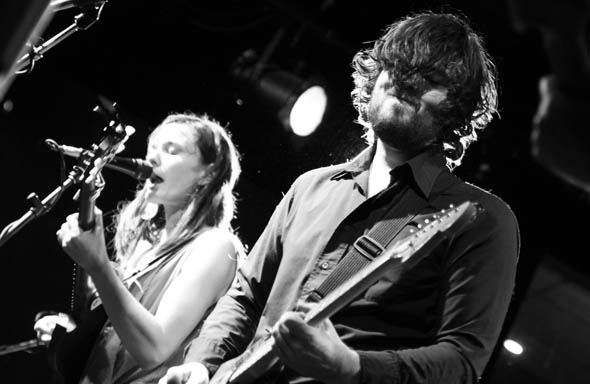 Now armed with an all white Gibson SG, Powell punched out catchy riffs while bassist Joe Yarmush and drummer Andrew Barr conjured up hearty rhythms. Their indie rock sound has undertones of country melodies that give the sense of small town music, perhaps owed to the fact that Powell was brought up in Guelph, Ontario.

Their set ended with the crowd favorite "The Hate I Won't Commit" and the band exited the stage briefly, only to return minutes later for an encore. Powell seemed overwhelmed as to how well the crowd was receiving her music, and joked that they must have been on drugs. 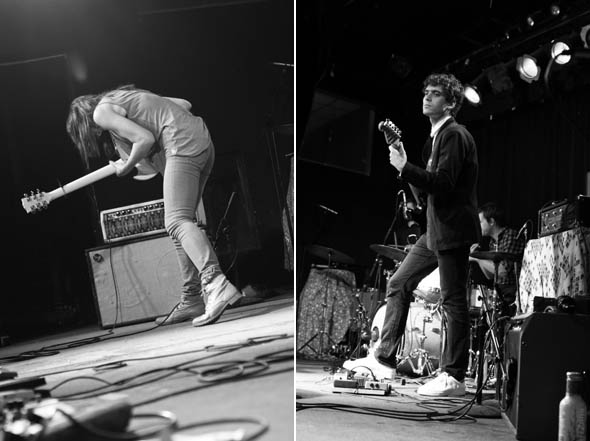 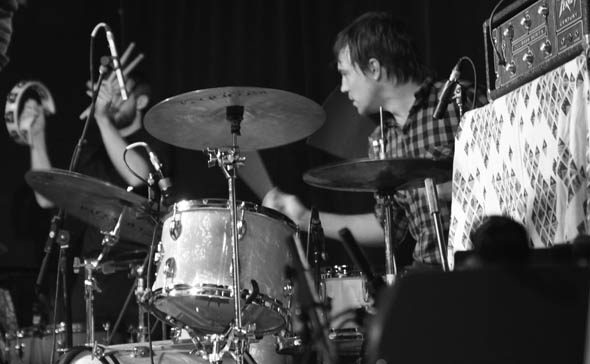 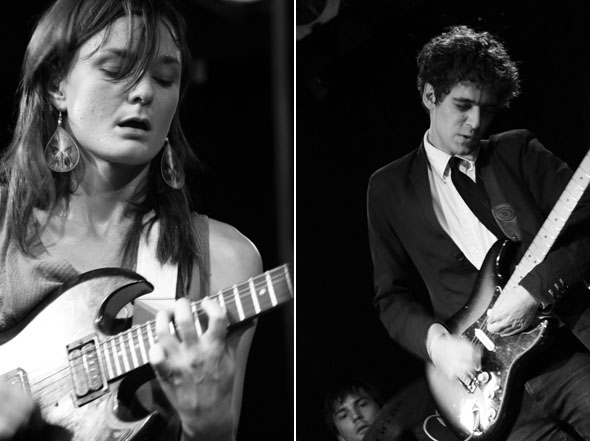 If they were, the drugs were certainly working. The crowd was hungry to experience every blissful note that Land of Talk could dish out, and after two encores, we all left totally satisfied. 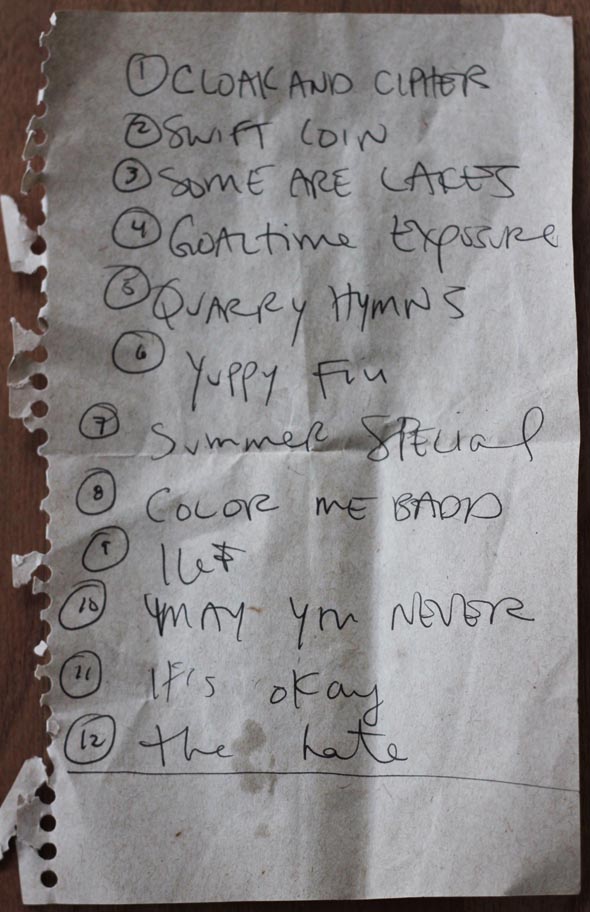 Written by Alex Kamino. Photos and videos by Matthew McAndrew.