As we are shuffling out of the Dirty Projectors concert, I overhear a particularly sweaty patron nail what he had just witnessed: "A totally obscure band with a huge following." A perfect combination for Toronto's music lovers, really.

The Pitchfork-approved - and by virtue, hipster-approved - Brooklyn-based music troupe was back in town Wednesday to dish intricate guitars and angelic, harmonized vocals. 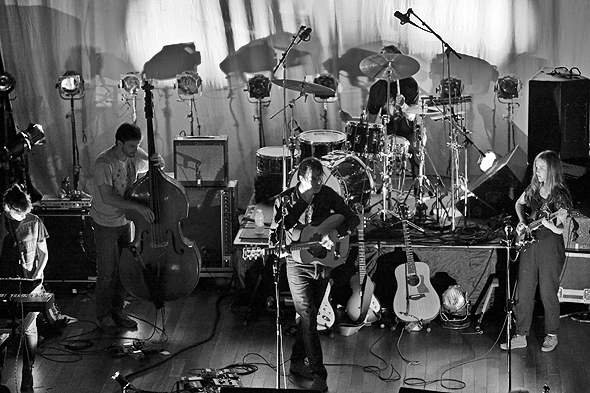 The indie rock experimentalists, led by charismatic frontman Dave Longstreth, are as prolific as they are talented. And it shows when the full band (four vocalists, two guitars, stand-up bass, keyboards and drums) is on stage bringing equally lofty and choppy arrangements to life at the Opera House. This not including Toronto's own wicked-good violinist, Owen Pallet, labelmates with the Projectors, who joined them on stage to perform the standout ballad, "Two Doves." 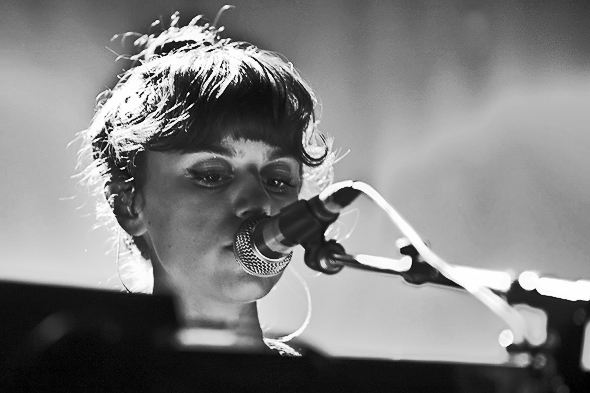 The Projectors, mainly known for their high-concept albums circa 2008, hit critical acclaim with last year's Bitte Orca. It was accessible, unique and divisively inventive. And it was the best-known and best-received to the pumped-up crowd on Wednesday. 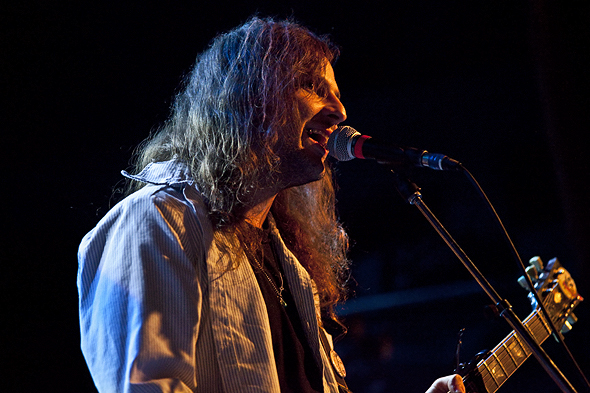 The night's openers, the curiously named, Happy Birthday, were decent. The trio pumped out something akin to surfer pop rock with Silversun Pickups-like vocals. With most songs about girls, or "Teenage Eskimo's," the modest crowd chilled out, but wasn't familiar with the one-MySpace-song band from Vermont. 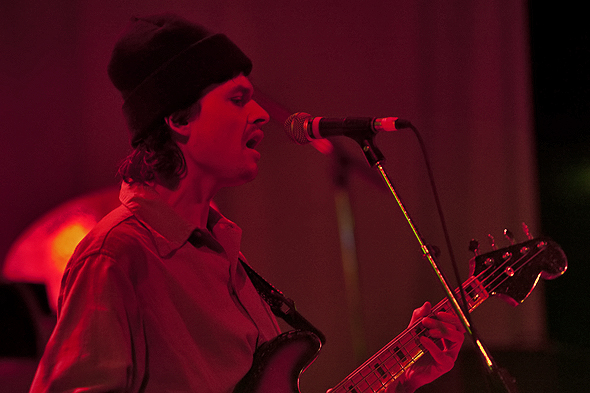 With yelps, crooning and high-pitched chops, Longstreth has a discernable voice. Same goes for the other three sometimes-back-up-sometimes-lead singers, all female. And all the voices harmonized - especially on tracks like the new "Beautiful Mother" - it is something sonically transcendent. And when done well live, you take notice. And when a multi-talented band like the Projectors traverse multiple soundscapes on stage - influences of R&B on the hit "Stillness is the Move," some Talking Heads and a sprinkle of post-punk - you take notice. You also take notice when a left-handed Longstreth, who is deft in his high-pitched guitar plucking, actually plays a right-hand guitar upside down. Just like Jimi Hendrix used to, including the re-stringing. 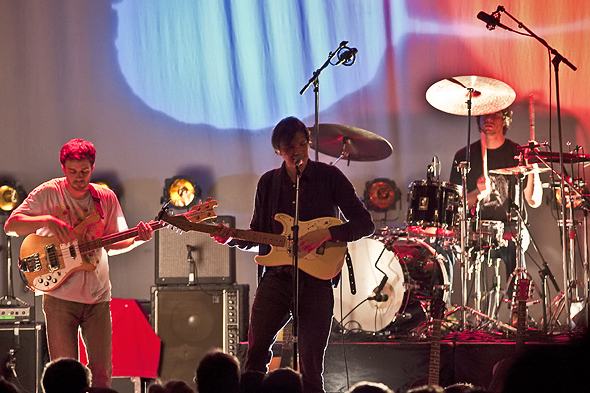 With a projection of blue and red circles, reminiscent of the coloured spheres from the Bitte Orca album cover on a white scrim background, the set design was simple. As was the engagement with the crowd, which was fittingly terse.

With most of the show consisting of the Bitte Orca catalogue, Longstreth and co. did play a couple of tunes from their recent EP with Bjรถrk, Mount Wittenberg Orca. The songs showcased the band's range - especially from singers, Amber Coffman and Angel Deradoorian, who standout when performing solo - with the new ever-complex, yet shorter, cleaner songs. As if the Dirty Projectors could be absolutely accessible, but it must be noted that they are walking a new path. 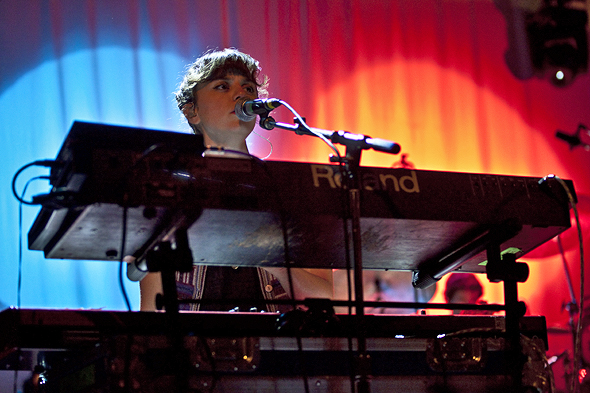 "No Shelter" was the high-octane closer before taking to a three-song encore. The final touch of the night was the appropriate Black Flag-inspired, "Rise Above," which the Projectors did indeed this night.