Photos of the free Metric concert at Union Station

So I won blogTO's Facebook contest to win VIP passes to yesterday's free Metric show outside Union Station. I'd never seen them live so this was a terrific opportunity to see them up close.

I was instructed to show up just before go-time so when my plus-one, Stan [a big Metric fan!] and I arrived, the east side of Union Station (where the stage was set up) was already packed with hundreds of fans who'd been streaming toward the site all afternoon. We checked in and were led to an uncrowded, cordoned off area right in front of the stage(!), sharing space with media, Samsung VIPs and other contest winners. 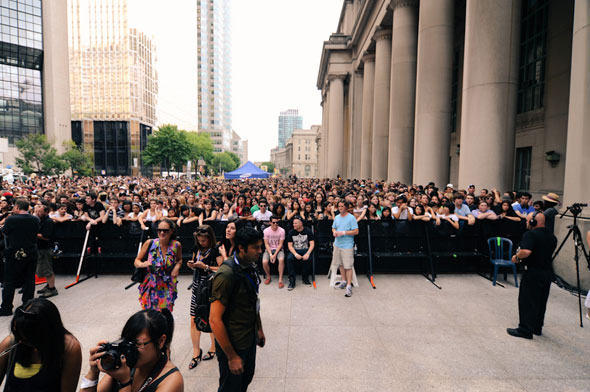 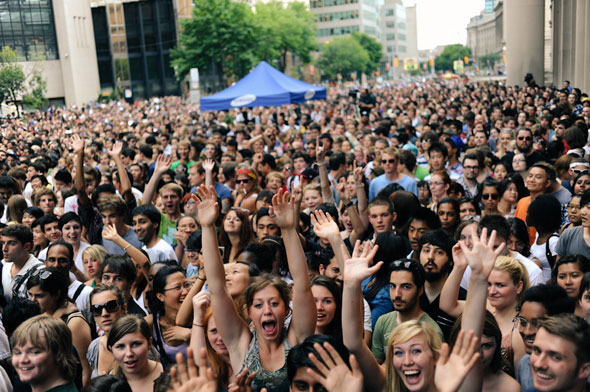 The purpose of the event was to promote a new Samsung smartphone, so of course a representative from the company came out and welcomed everyone to the sponsored event. Metric's fans were (I thought) reasonably accomodating as they quickly drowned him out with chants of "METRIC, METRIC, METRIC!". A few minutes later, the band took the stage and played an 8-song set that lasted just over an hour.

Union Station's columns towered over the scene as Emily Haines and crew (James Shaw, Josh Winstead and Joules Scott-Key) delighted the crowd with a parade of hits, most them from their recent album "Fantasies" as well as their single "Black Sheep" from the Scott Pilgrim soundtrack, . Haines could accurately be described as elfen as she bounded around the stage, frequently acknowledging the crowd while still maintaining an intensity that reminded me of Gord Downie or Michael Stipe. James Shaw, for his part, kept up with Haines' antics and maintained a reserved, indie-rock-god presence on stage. Out on the street, people were dancing and singing along, thoroughly enjoying the free show. 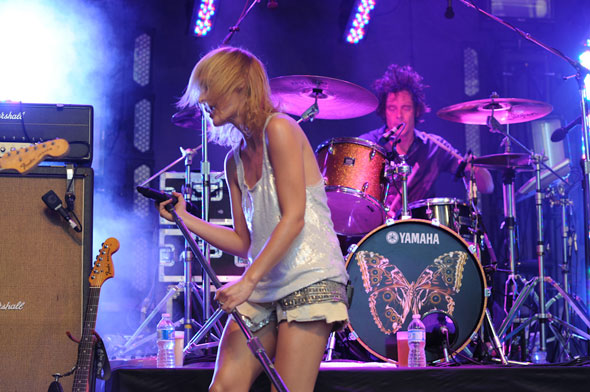 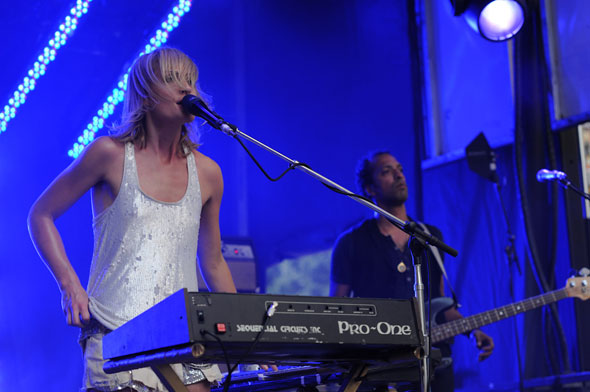 Metric rounded out the concert with an energetic rendition of "Stadium Love", to a thunderous applause that made the little stage seem much much bigger. Haines did a quick high-five of the crowd in the front row and then it was all over in a flourish of rumbling reverb from her synthesizer. The crowd quickly dispersed and I saw a lot of happy faces. Toronto loves Metric! I can't think of a better way to spend a hot summer afternoon than watching one of Canada's top bands perform live for free. 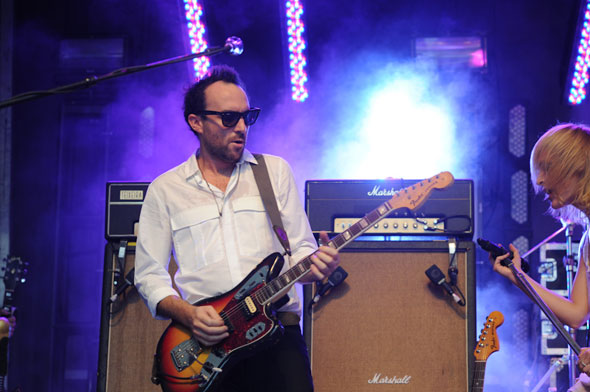 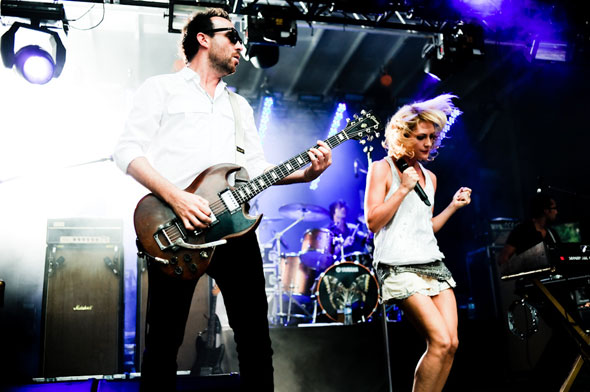 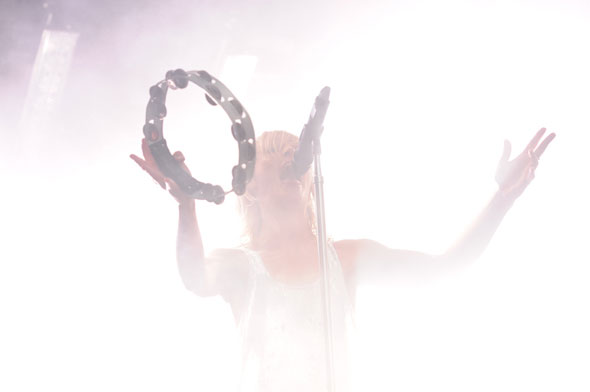