The Flaming Lips get surreal in Toronto

Wayne Coyne was at the forefront of a full sensory spectacle on Thursday night, as his band The Flaming Lips brought their legendary live concert experience to the Molson Amphitheatre in support of Embryonic.

Solid opening sets from Tokyo Police Club and Spoon were quickly overshadowed when the Lips took to the stage, as the combination of Wayne's heartfelt showmanship and confetti obsession and the group's flair for the theatrical and a stunning light and video show made for a live performance like no other.

Unfortunately I didn't get there early enough to catch Fang Island, but I managed to catch the second and sole local act on the bill: Tokyo Police Club. Their new LP Champ was released at the beginning of June, and I was curious to hear how it played out live. 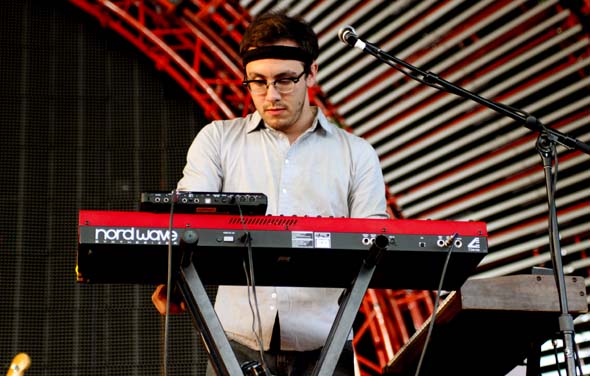 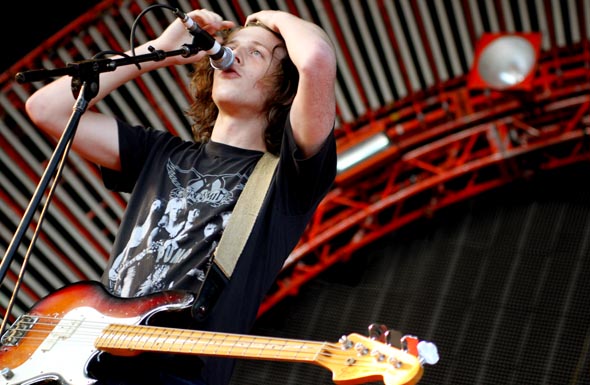 Their set was filled with mostly new material, though it was older songs like "Citizens of Tomorrow" and "Tessellate" that were the most well received by the early bird crowd. New jams like "End of a Spark," "Favourite Food" and "Big Difference" boast a more refined and mature sound for Tokyo Police Club. 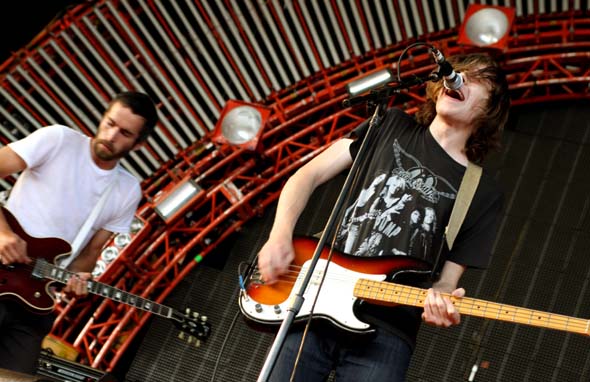 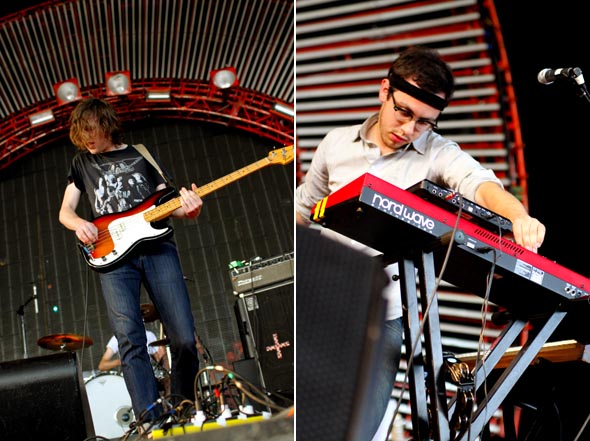 Austin indie rock veterans Spoon hit the stage next and opened up with "Don't You Evah" from their 2007 album Ga Ga Ga Ga Ga. Lead vocalist Britt Daniel was in fine form throughout their fourteen song set, effortlessly shifting from visceral screams to falsetto and back again. 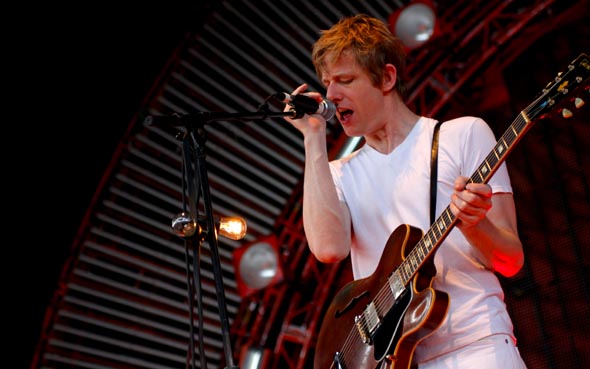 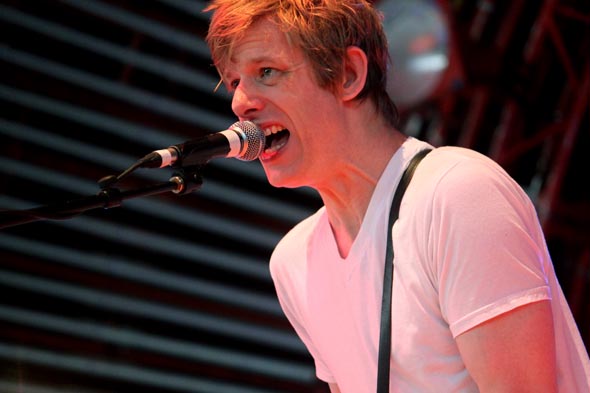 Just a few songs into the set, six horn players joined Spoon on stage to add a little brass to the equation. It was at this point that the rapidly thickening crowd finally started to move to the music. 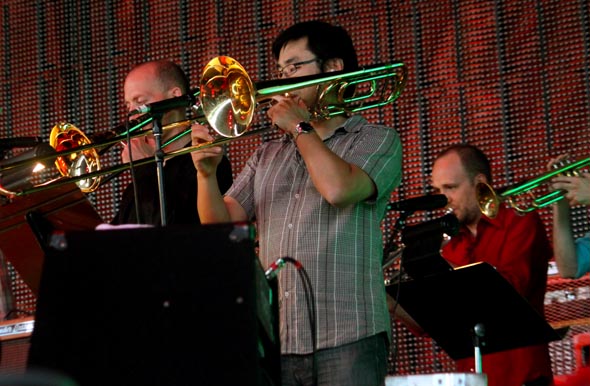 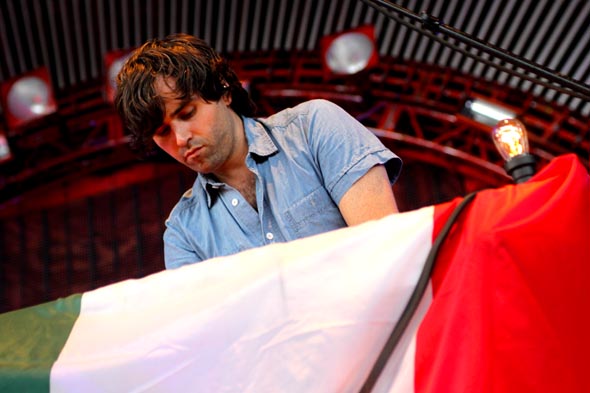 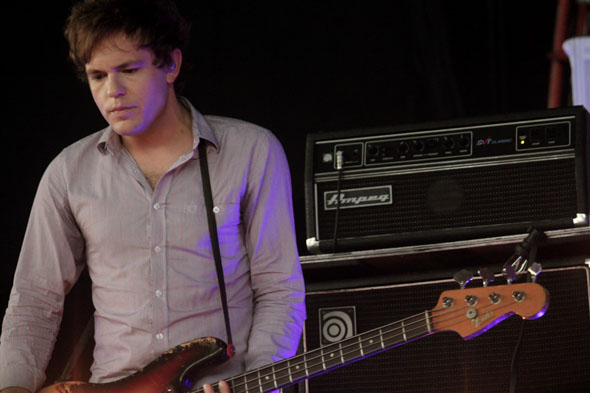 Like Tokyo Police Club, Spoon were also eager to show off a new collection of songs - their seventh studio album Transference was released by Merge this past January. "Is Love Forever?" "Written in Reverse" and "I Saw the Light" gave the crowd a good sample of the new stuff, but the bulk of the material they played came from their remarkably consistent back catalogue.

Up next were the one and only Flaming Lips, the psychedelic rock band fronted by the enigmatic Wayne Coyne. Known for eccentric and elaborate stage shows, the Lips' reputation precedes them and the expectations for their performance on Thursday night were through the roof.

While steep ticket prices may have deterred some fans from coming out to see the Lips, anyone that's seen them before can assert that it will be worth every penny. It's not just a concert - the Flaming Lips live experience extends way beyond that to a world of space bubbles, confetti cannons, multicoloured balloons, smoking megaphones, giant laser hands and Wayne riding the shoulders of a roadie in a giant bear costume.

But before any of that got started, Wayne was polite enough to give the crowd advance notice of his plans to walk all over them in his giant space bubble. After an extended birthing intro on the video screen, he did just that. 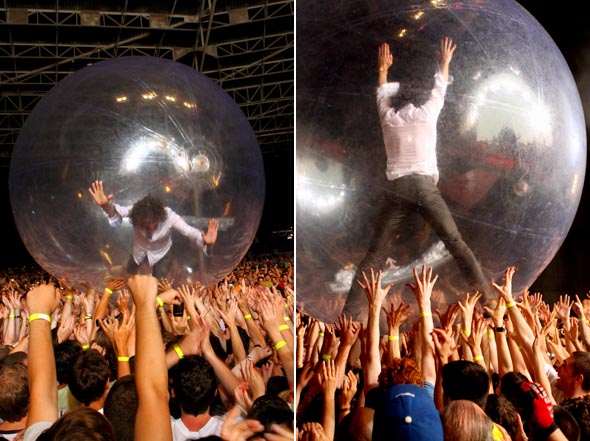 Their grand introduction was a total sensory overload - giant multicoloured balloons floated through the air as an endless torrent of confetti spewed from the gas-powered cannons on either side of the stage, while Wayne crowd surfed in his bubble. 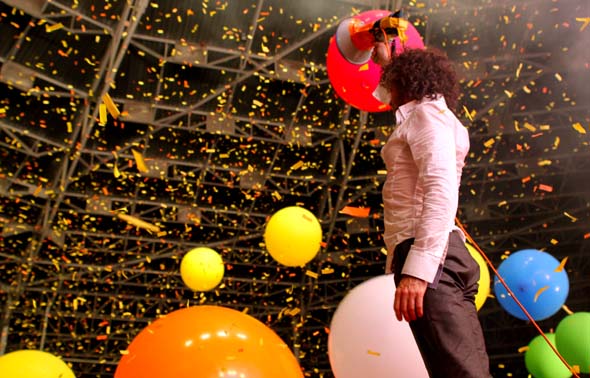 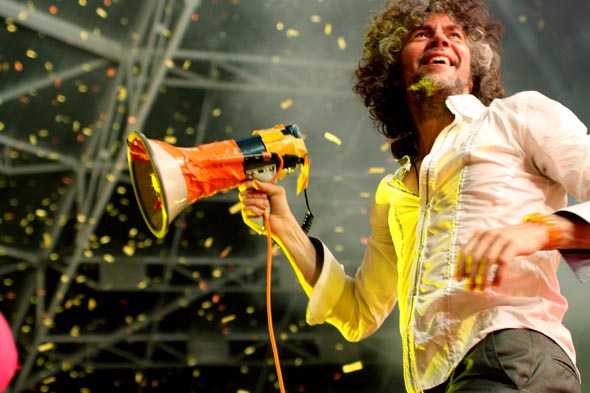 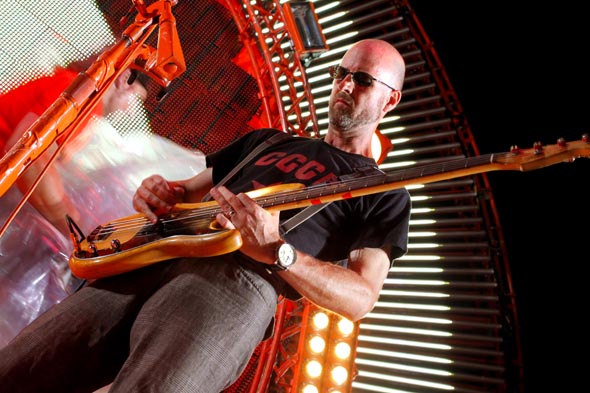 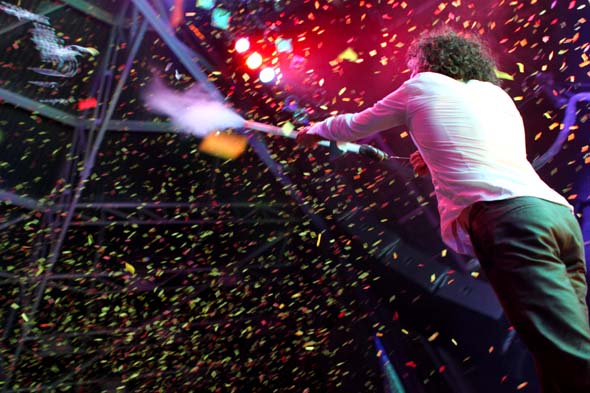 Soon after escaping the confines of the bubble, Wayne picks up his megaphone and is boosted onto the shoulders of a man in a bear costume. As if that wasn't enough, dancers (pre-selected from the local crowd) lined the sides of the stage dressed head to toe in orange clothing for the duration of the set. 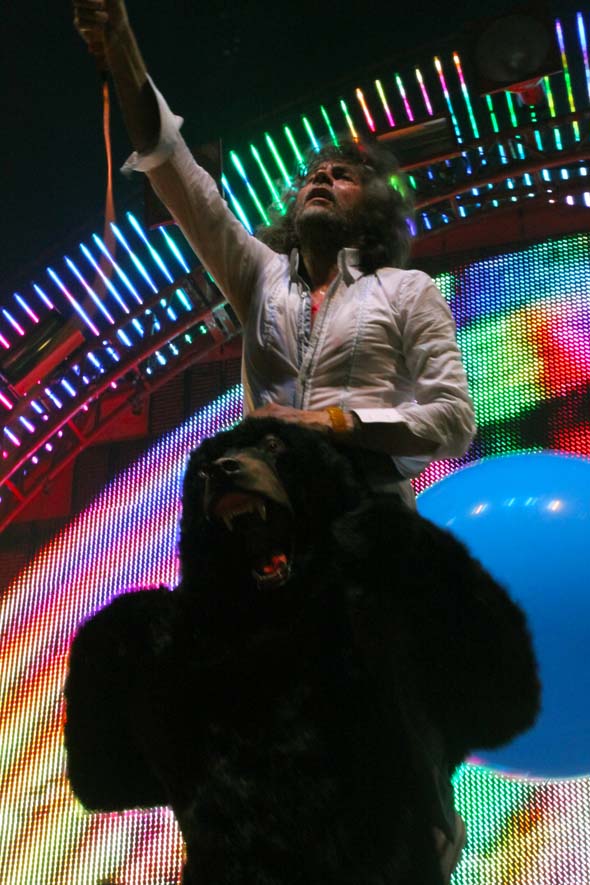 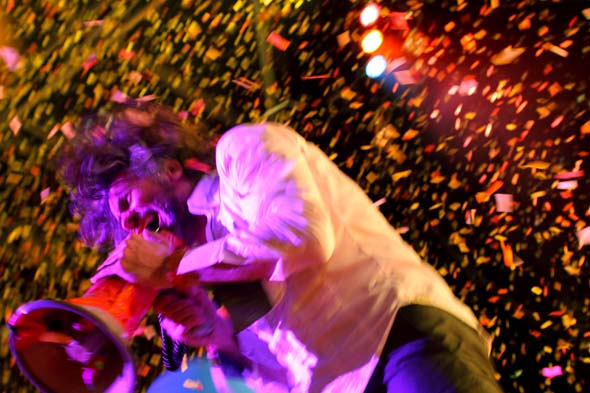 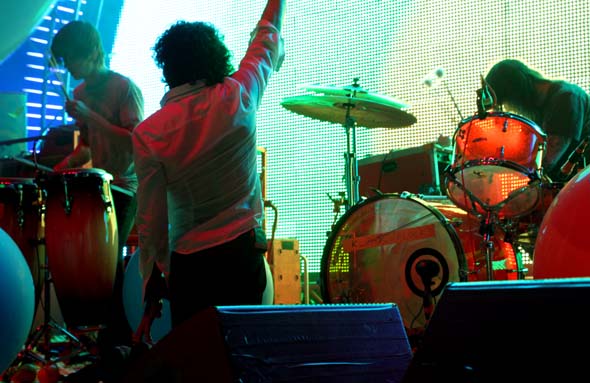 Behind the band, massive half-circle screens alternate between pre-made video clips and Wayne's up-close and personal microphone cam, which was perfect for the fans who were stuck in seats and missed out on the glory of Wayne's inflatable life-sized hamster ball antics.

I had feared that their set would again be cut short by the 11pm noise curfew, but thankfully there was not a repeat of the VFest fiasco of 2006. As an added bonus, the Flaming Lips saved their coolest trick until last: giant laser hands. 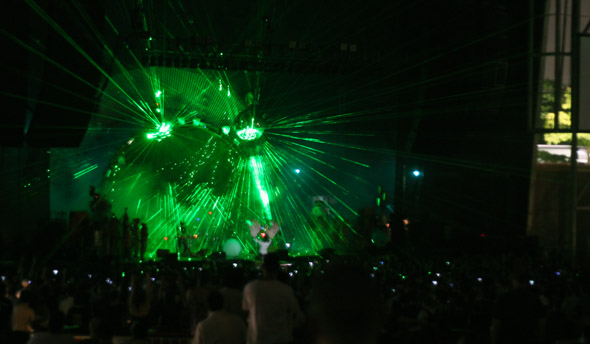 The Lips closed with "The W.A.N.D" around 11:25pm but quickly returned for a single song encore, capping off an incredible concert experience with a perfect rendition of "Do You Realize??"

The Fear
Worm Mountain
Silver Trembling Hands
She Don't Use Jelly
The Yeah Yeah Yeah Song
The Sparrow Looks Up at the Machine
In The Morning of the Magicians
I Can Be a Frog
Yoshimi Battles the Pink Robots, Pt. 1
See the Leaves
Pompeii Am GĂśtterdĂ¤mmerung
The W.A.N.D.
-----
Do You Realize??