Energy ran through the glassy eyed crowd at the Phoenix last night, as BC native Daniel Wesley opened up for renowned Australian experimentalists The Cat Empire. Touring in support of their fifth album Cinema, the band effortlessly turned a stagnant crowd into a frenzy of flailing limbs and stomping feet.

Things got started around 8pm when Daniel Wesley hit the stage strumming up-tempo rhythms on his Les Paul, topped with intricate vocal melodies and off-beat strokes of twangy steel. Juxtaposed to Wesley's passionate performance was the combined cohesive force of bassist Darren Parris and percussionist Tim Proznick, who maintained their cautious composure over the eager Toronto crowd throughout the set. 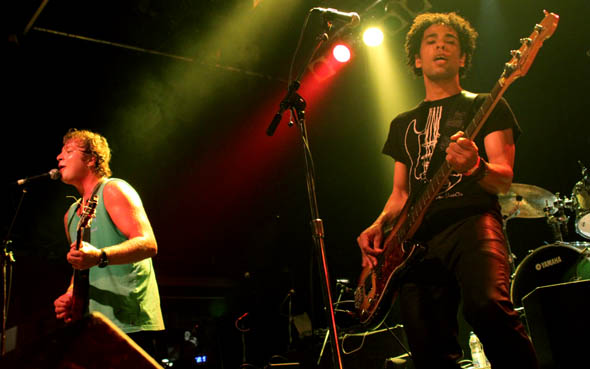 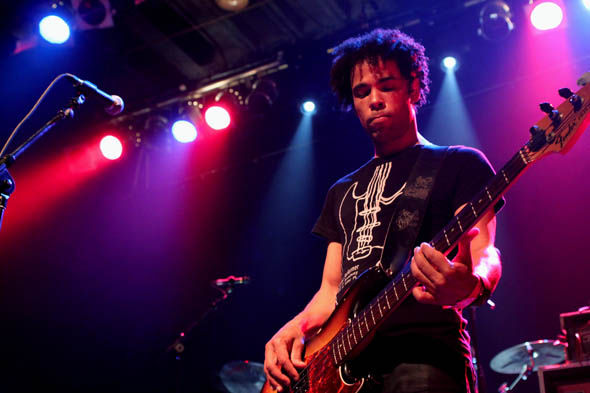 The joints being passed around were instinctive responses to the Sublime-esque feel of Wesley's tunes. But these were only appetizer spliffs, as I could sense the audience was salivating for the main course: the one and only Cat Empire. 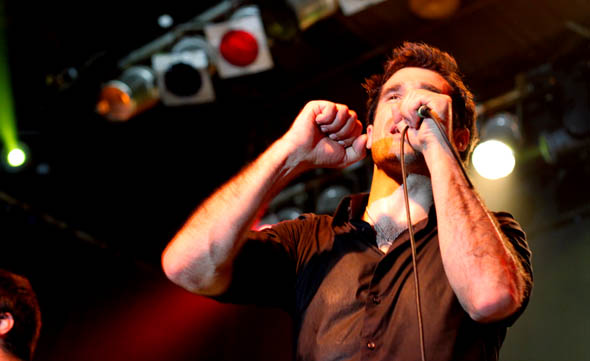 With a quick change of microphone placement and a sound check (or four), the crowd's cravings came to fruition. Felix Riebel (lead singer and percussionist) was the first to emerge, igniting a frenzy of applause and cheers for the Australian natives. 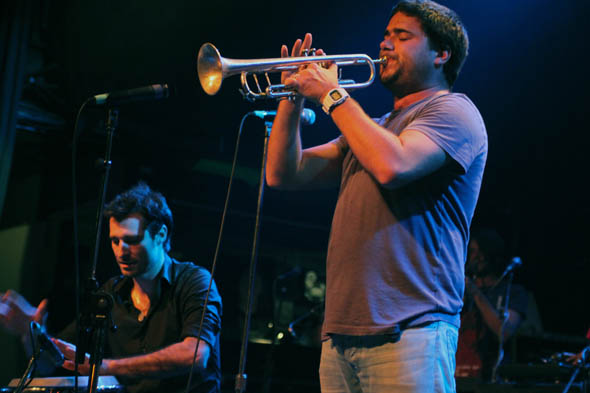 Next to follow was Harry James Angus, the band's primary trumpet player and second lead singer. Pianist Ollie McGill perched himself in front of stacks of Korg keyboards with the band's logo draped over the front, much to the chagrin of his vehement female fans. 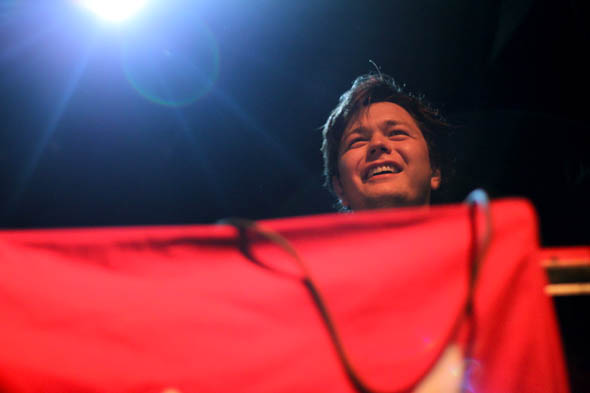 The once-still venue had now transformed into a sea of writhing, fanatical creatures that stretched from wall to wall. The Cat Empire exploded enthusiastically into a mĂŠlange of Latin samba music and virtuosic Jazz. 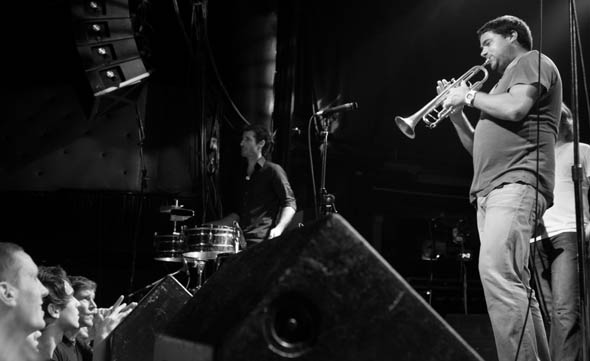 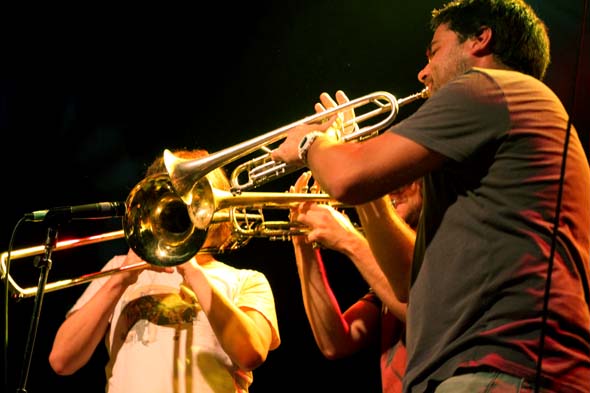 Under spinning spots and a shower of red lights, Angus squealed out brassy solos as Riebel ran back and forth from singing and playing the clave on snares and cymbals. Drummer Will Hull Brown hammered out minute long solos and McGill peppered them with tonal accents. 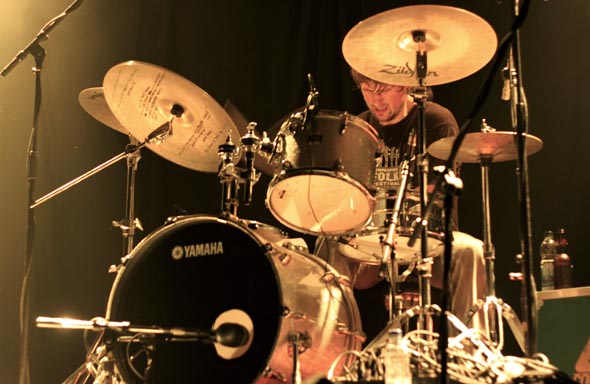 The crowd couldn't help but to respond with wild dance moves. When Angus wasn't playing his trumpet, he commanded the band like a maestro with a baton, only his baton was his booming voice. I was blown away by the impressive range and power of his voice: it carried through the venue parallel to the aromatic joint smoke. 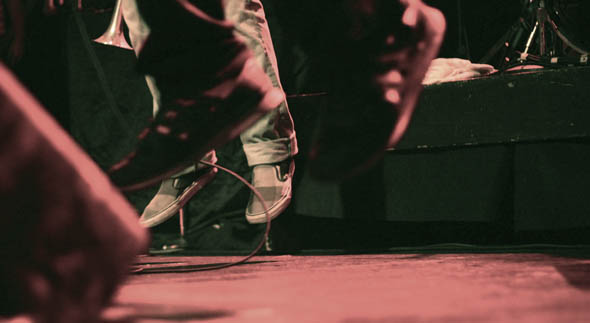 As the music and dancing continued, I ventured to the upper balcony where a safe-haven of middle aged fans danced in the darkness, unbeknownst to the younger crowd below. The band came to a climactic end to their set while people jumped and swirled to final notes.

Yet, musical residue clung to everyone's body, and a chant of "Ole Ole Ole!" emerged to bring the band back out for an encore. With giant disco ball alight, The Cat Empire switched genres to a concoction of Circus style gypsy rags and traditional Klezmer Bar Mitzvah music. The only thing missing was a 13-year-old boy on chair in the middle of the crowd.