Hip Hop meets indie rock at the Horseshoe Tavern with Josiah Wolf and WHY?

Why? delivered a short but sweet headlining set to a devout following on Thursday night, bringing together the best of both the indie rock and hip-hop worlds for a sweaty soiree at the Horseshoe Tavern.

I arrived as multi-instrumentalist Josiah Wolf (also of Why?) began his opening set in support of his new solo album Jet Lag, accompanied on stage by a female bass player. He sat behind his drum kit with his guitar in hand, setting up loops using the pedals at his feet while simultaneously playing both instruments. Josiah's musical multitasking skills were truly a sight to behold. 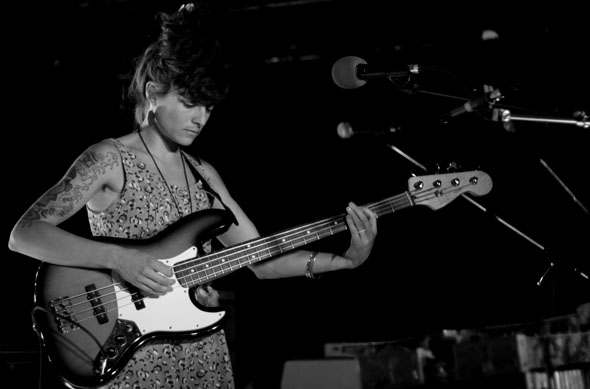 Up next were The Dress Whites - the local contribution to the Thursday night line-up. After the relative calm of Josiah Wolf's ethereal opening set, the Dress Whites stepped things up a few notches for their performance and asserted themselves as the most aggressive act on the bill. 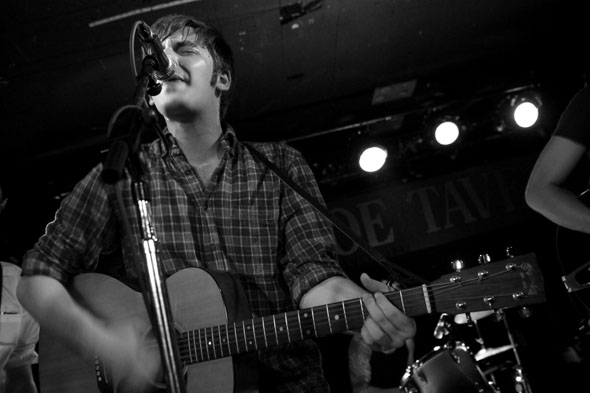 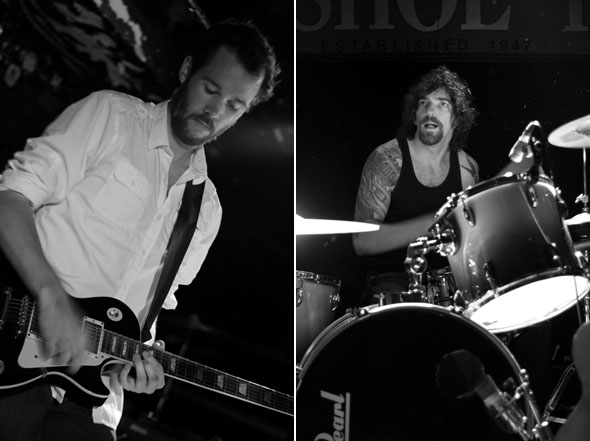 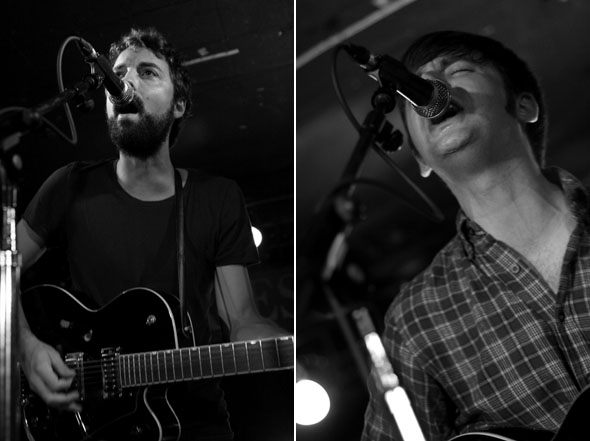 The Dress Whites were tight and cohesive on stage, and the crowd seemed happy to nod along throughout their set. Still, they seemed like a bit of an odd choice for this show - more of a straight rock'n'roll sound in comparison to the offbeat, experimental hip-hop / indie rock mash-up style of what was up next: Cincinnati's Why?

Frontman Yoni Wolf (Josiah's younger brother) paced back-and-forth across the dimly lit stage as Why began their set, kicking things off with "The Fall of Mr. Fifths". His band set up in a U-shape around him, with his brother Josiah and keyboardist Doug McDiarmid to either side, while Fog members Andrew Broder and Mark Erickson lurked in shadows behind him handling the guitar and bass. 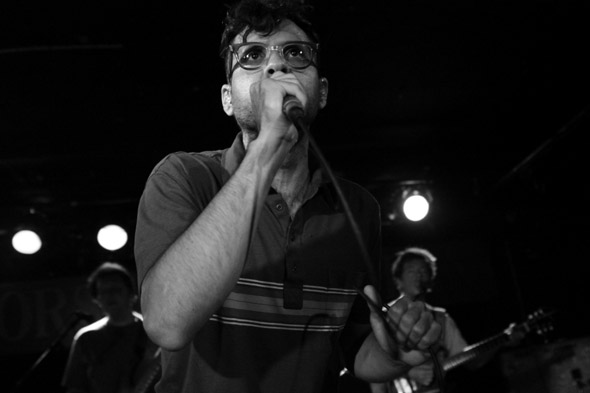 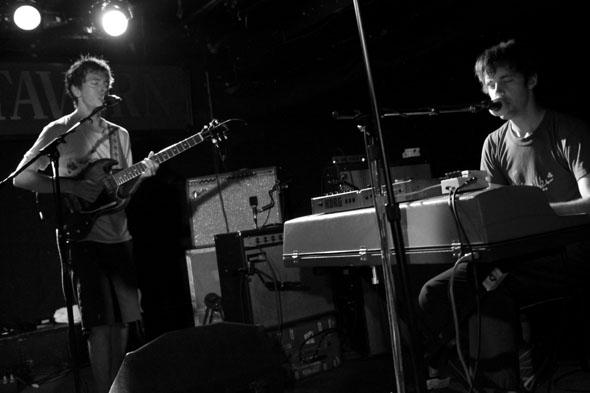 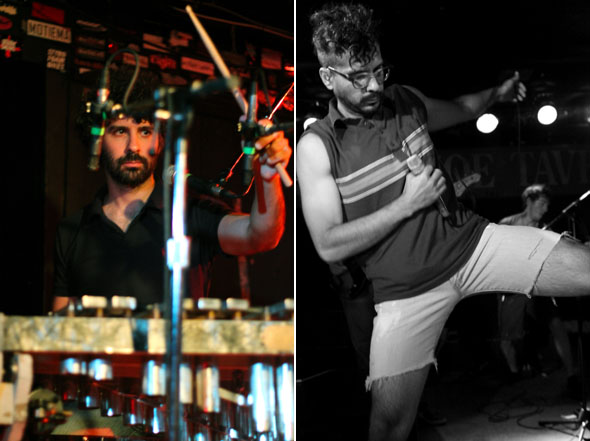 While Why's 2008 album Alopecia and last year's follow-up Eskimo Snow were birthed from the same recording sessions, the two albums stand in stark contrast to one another both lyrically and musically. On Thursday night, it was the witty and unabashedly introspective lyrics of the significantly more upbeat Alopecia that were showcased to the Toronto crowd, though a good chunk of Eskimo Snow was played too.

"The Vowels, Pt. 2" "These Few Presidents" and "Fatalist Palmistry" showcase Yoni's hip-hop delivery, his dry sense of humour and his brutally honest lyrics. His delivery switches on more indie-rock sounding tracks like "January Twenty Something" and "These Hands," where Yoni reveals an entirely separate side of himself. 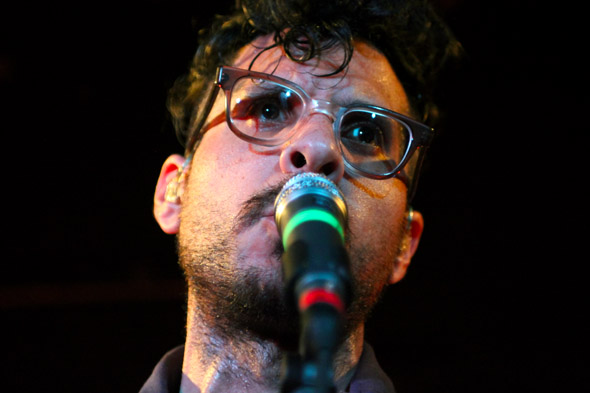 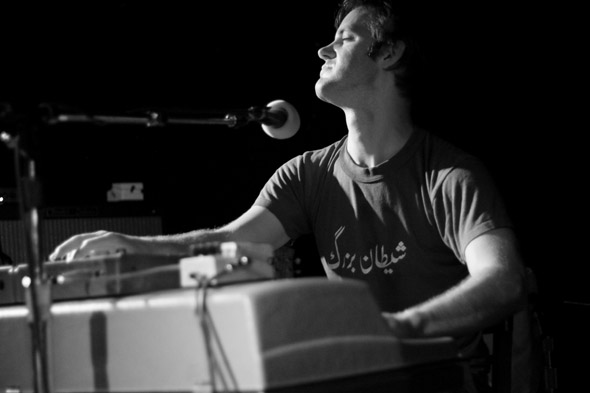 Only a pair of songs from Why's sophomore effort Elephant Eyelash were played - "Rubber Traits" and "Gemini," both of which prompted mid-set singalongs from the crowd.

Why finished up their all-too-brief hour-long set with Alopecia's lead single "The Hollows" shortly after midnight, and within a few minutes they were back up on stage for a two-song encore. The one-two punch of "Good Friday" (my personal favourite) and "Simeon's Dilemma" closed the night out with a bang. 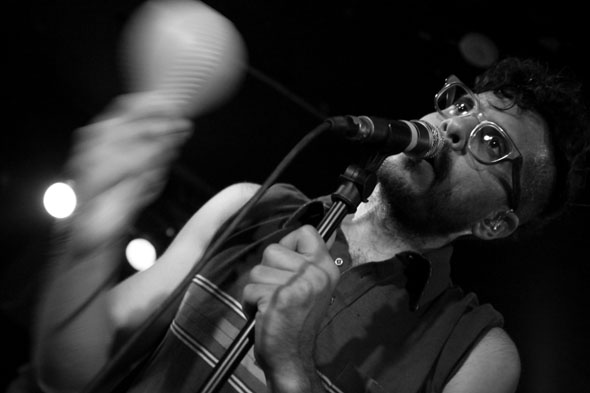 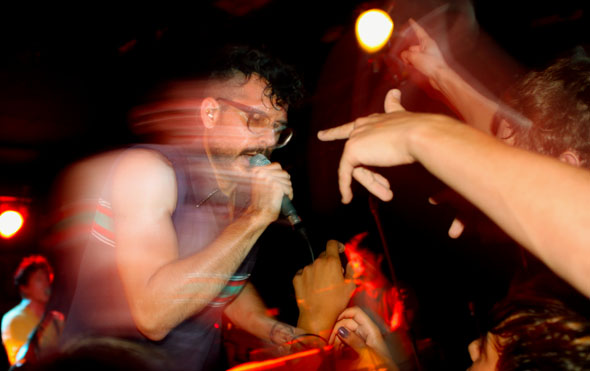 The Fall of Mr. Fifths
Against Me
Brook & Waxing
Rubber Traits
January Twenty Something
These Hands
The Vowels Pt. 2
These Few Presidents
Fatalist Palmistry
Gemini (Birthday Song)
A Sky for Shoeing Horses Under
Into the Shadows of My Embrace
The Hollows
------------------
Good Friday
Simeon's Dilemma