Against Life with Anagram and Young Mother

I had a full day of playing bocce ball, drinking, and dancing to beach tunes by a fire on Hanlan's Beach this Saturday past. Late in the evening, as the dusk and chill was descending upon us, we got the word that there was an Against Life party happening somewhere in Liberty Village around midnight. Against Life is the new grant-funded art/music thing that replaces the late and great Extermination Music Nights that Toronto came to love too much. We were two broken bikes and a burrito stop away from what it really means to experience summer in the city. 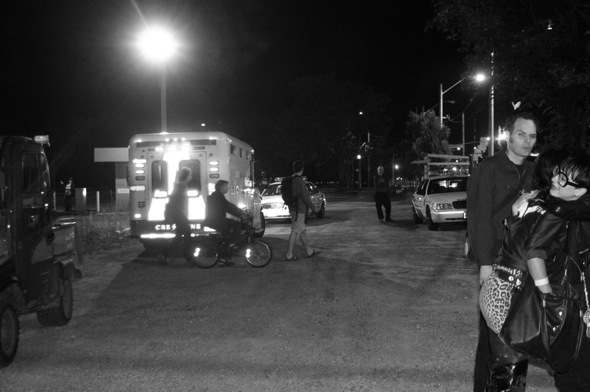 After traipsing around underneath a DVP overpass, the group that I was perched atop a gravel ledge with heard the hypnotic and cascading sounds of Young Mother. 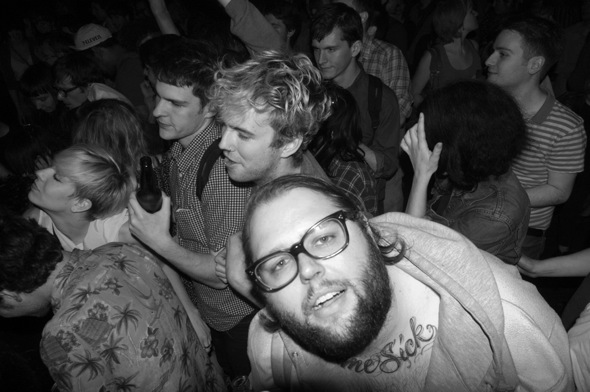 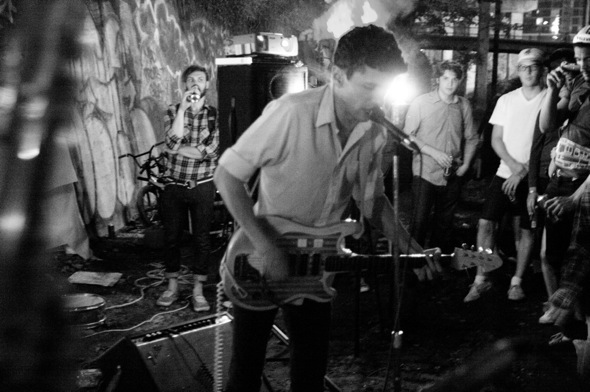 A friendly argument broke out over weather the band sounded more like Brides or Actual Water... and the answer is a little of both. A very Toronto sounding band (read saxaphones), they have members of both playing their part to the better whole that is Young Mother. Frontman Jesse sounds like the personification of a demon from Dante's Divine Comedy.

A couple hundred people made it out to the not-as-hidden-as-in-the-past location, and the scene was one of excess: bottles of whiskey and wine being passed around, friends running into friends while avoiding being run into by some overt party lover. Say what you will about this being a city of 20 somethings who all look alike, it all makes sense when you're packed neck and neck with your peers and there are: a) fantastic visuals being projected onto the concrete support walls, b) mood altering space freakout jams permeating every orifice and c) some of the best live music Toronto has to offer. 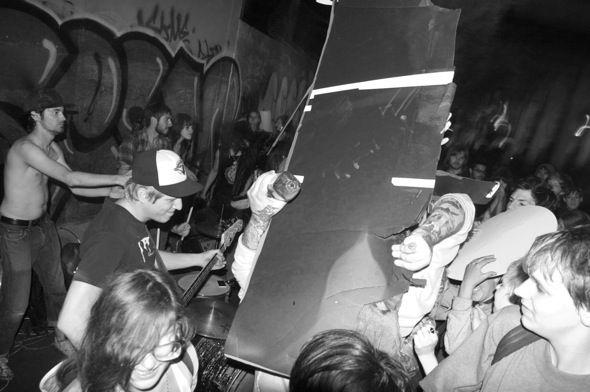 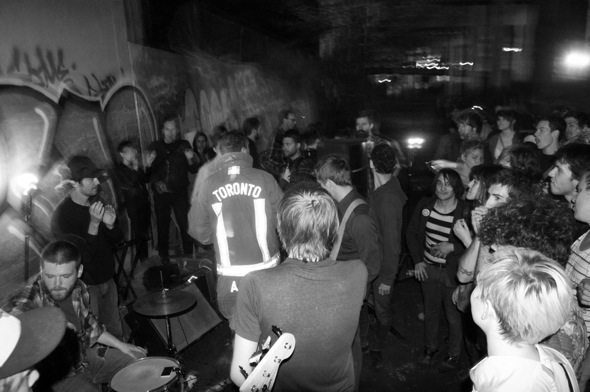 Anagram -- you either love them or hate them. And I know many more who love than hate... Some say the removal of their sax player a couple years ago ruined the dynamic of the band. I say that whenever you have Matt Mason violently performing it's going to be pretty dynamic no matter what. I'm unsure of how exactly guitarist (and twin brother to Matt) Willy actually plays his instrument; it kind of seems like he's trying to destroy his hand and all the tendons in his arms. 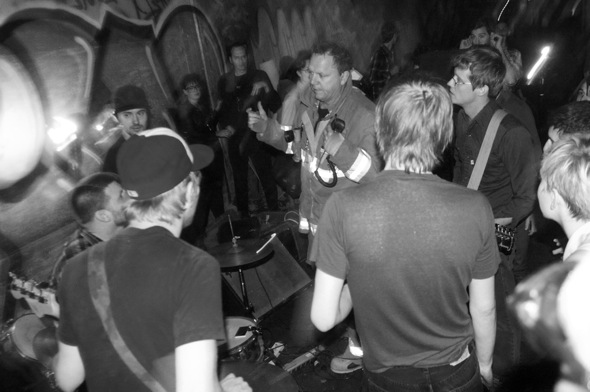 They have a new song (actually a new album was recorded ages ago but it remains unreleased) that just destroyed my will to act like a normal human being (though I was for all intents and purposes lost to the world by this point). It has the chug-a-lugging drone of some of their older songs, like Manic Indulgence or What A Mess, and a lot of that is created by Jeff Peers' doom-esque bass playing. 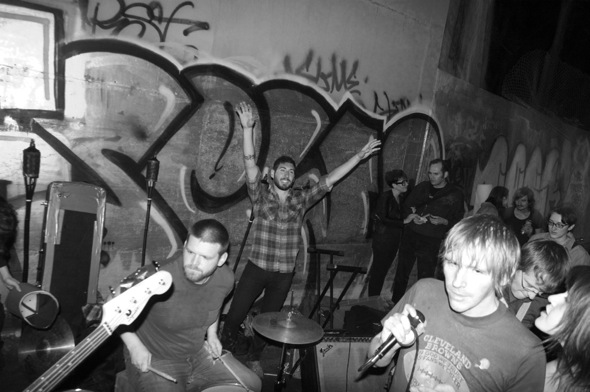 Anagram managed to survive the fire department being called to the scene, with the only stipulation being that the torches that were lighting the scene be put out. And then we were allowed to continue. It was a magical moment that cemented the love of the cause in everyone. 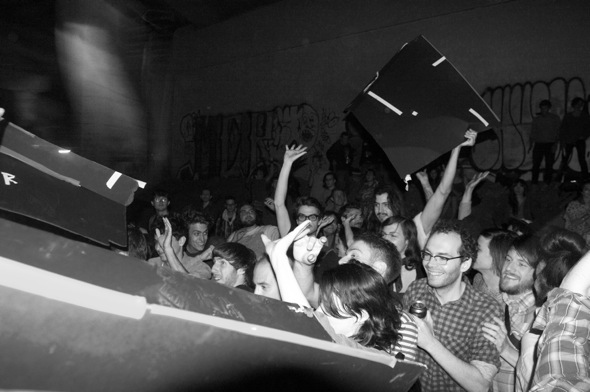 Then the cops came, and just as police will always do when they're bored and jealous (to be fair, this may be my overactive imagination), they shut down a peaceful and relatively calm gathering of responsible (enough) adults and made us all disband. At least it wasn't shut down as quickly as what could have been the most amazing Extermination Night at the old Kodak Theatre. 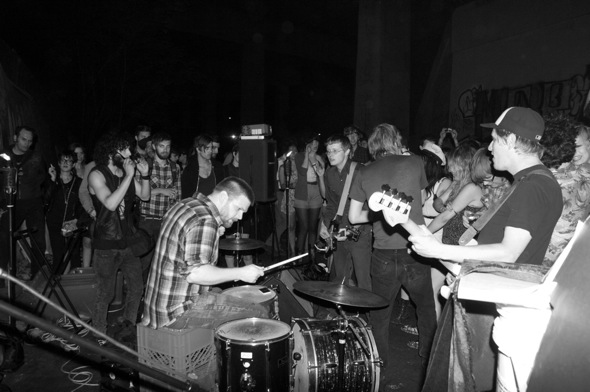 So there you go, you want to know how to spend your summer, that's it right there. I realize that writing a review about this may potentially bring a lot more people out to an Against Life event, which may or may not bring more heat down on it. But you know what? I would love for more people to get behind it and support it, because it's one of the best things Toronto has to offer. It's a lasting memory and impression of where we are at right now with our creative outlets.