The Sour Notes at The Horseshoe plus Trap Tiger

I was supposed to catch The Sour Notes on Sunday night at The Piston, but due to a line-up change at the last minute, I missed their set -- the final show of this year's Pitter Patter music festival.

This turn of events enabled me to catch another band, Trap Tiger, which squeezed in between The Sour Notes and Beekkeepers Society.

But not to worry! I ended up seeing The Sour Notes Monday night, where they headlined a free show at The Horeseshoe. Playing after Jesse Parent and Retro Radio, they had the audience dancing in front of the stage by the end of their set.

The Sour Notes hail from Austin, Texas. It's no surprise that Jared Paul Boulanger, the lead singer studied film, as they've got some well-written tunes and some neat videos, including this one, for Psychological Thriller.

Back at The Piston on Sunday night, I was glad not to have missed Trap Tiger, from Kitchener-Waterloo, Ont. They've got a rockin' rhythm section, powered by a bassist with a sprained ankle and a cool chapeau. 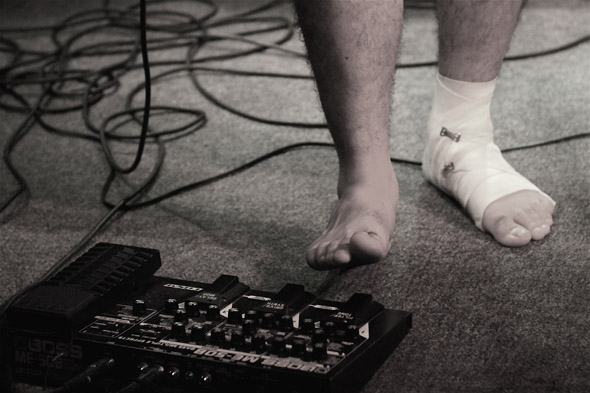 In between songs he said he got the hat next door for free. The keyboard player chimed in, making me envious of his getting two Bjork CDs, Mars Volta and Medulla for just $2. 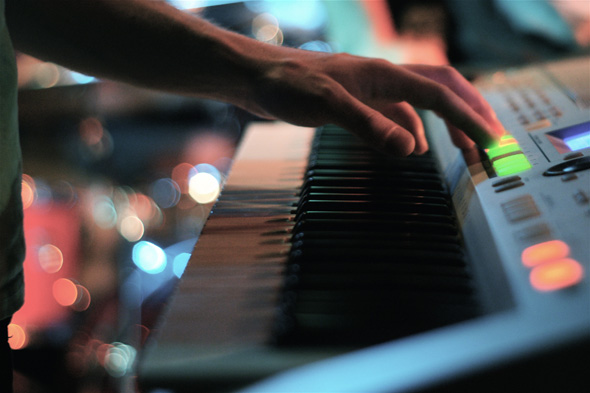 The ankle was sprained playing ultimate frisbee earlier in the day. He said he wasn't sure he'd be able to stand on his own two feet during the show. But there he was, tapping the effects pedals and hopping/hobbling around on stage. 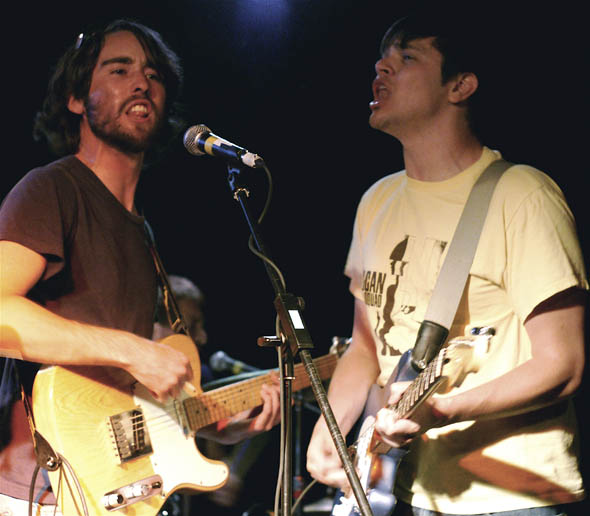 It was nice to see the drummer play without shoes as well, proudly displaying his Canadian-flag ankle sock behind the kick drum, while the lead singer later brought out his own cowboy hat and shades. 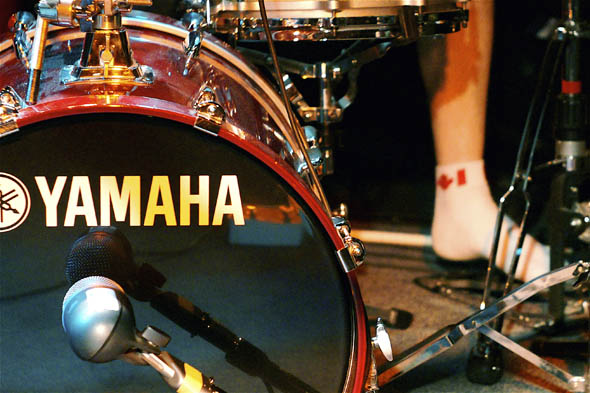 Trap Tiger play again in Toronto at The Mod Club on July 3. 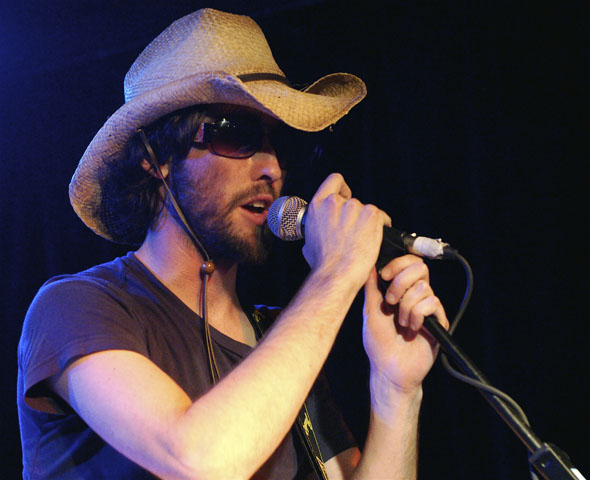 The Piston crowd was small but lively. The audience actually perked up a bit when Beekeeper Society hit the stage, although I found the musicians much less interesting, performance-wise. 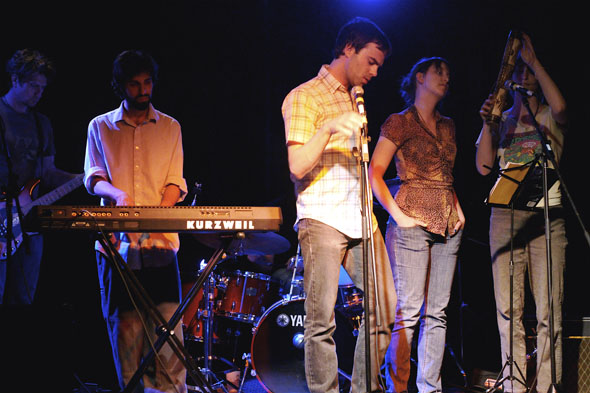 It was a society of eight musicians on the tiny stage, including a kazoo player (representing the bee) and two backup vocalists sharing one microphone. One of these two brought out a neat tube that, when turned on its side, made a whoosh sound like a waterfall.

The singer surprised me early on in their set by taking a huge bite out of a granny smith apple mid-song, while still singing, mouth full. 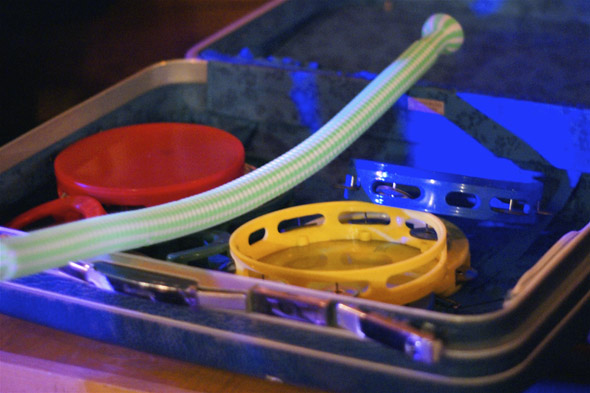 Several songs into the set came the audience participation part of the night, as they opened a tickle trunk full of cheap plastic shakers and tambourines. This made things more amusing to watch at least. Quite the novelty act.