Well, it must have been a good start to NXNE 2010; I have a splitting headache and a need for greasy terrible food. I remember the bike ride home, but don't remember the rather large bruise on my thigh. That may be all the Oh Sees fault though. Everything from old school 80's punk to trippy folksy noise was represented at what I've been hearing is arguably the best NXNE in years. 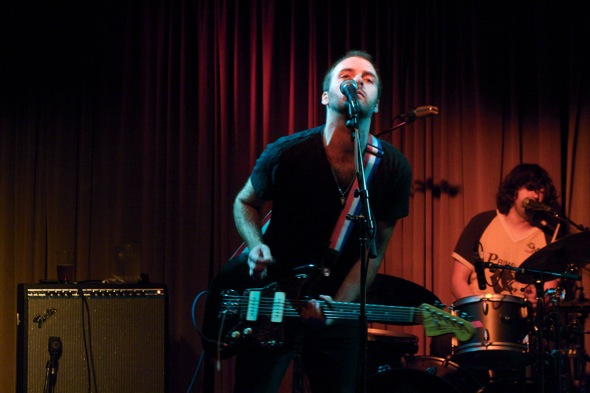 The first band I checked out was Toronto's best new noise-spaced troupe, Rituals. Members of Sailboats Are White, Germans, and Sebastian Grainger's Mountains collided in a stream of reverbed out oohs and aahs that would make Little Girls jealous. This was only their second show, and they sound pretty tight already. I expect great things from Rituals. 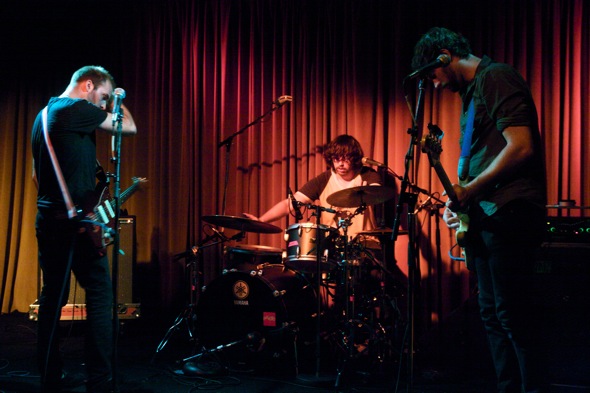 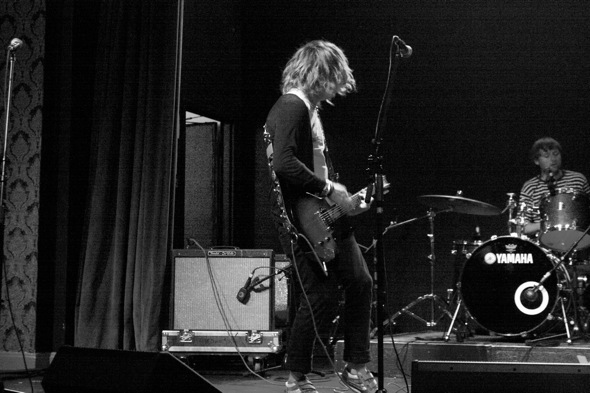 Montreal's Demon's Claws at The Great Hall down the street were my next stop. They're a band that can be best described as a punk spin on Ennico Moriccone. The Great Hall is one of the hidden gems in Toronto, and I don't really know why - I'd love to see way more shows there. The sound is fantastic and full, and the set-up is bar none. It's huge and the gallery seating makes it optimal for those who want to bring a bit of class to their debauchery. 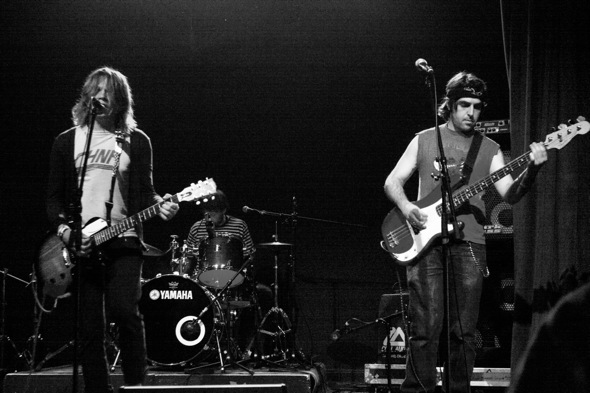 Demon's Claws were great, not in a usual "giving a shit about your show" kind of way; instead they were great in a terrible way. Seeings as the band isn't actually "together" anymore, it's interesting to see them play so off the cuff. There were no polished solos or coherent lyrics; instead there was masterfully sloppy twangy country riffs blasted over seemingly just realized lyrics like "let's go have milkshakes together". I would have loved to have made it to the secret show they played at Rancho Relaxo at 2 a.m., but the mystery surrounding where my bike was ended up being all too engrossing. 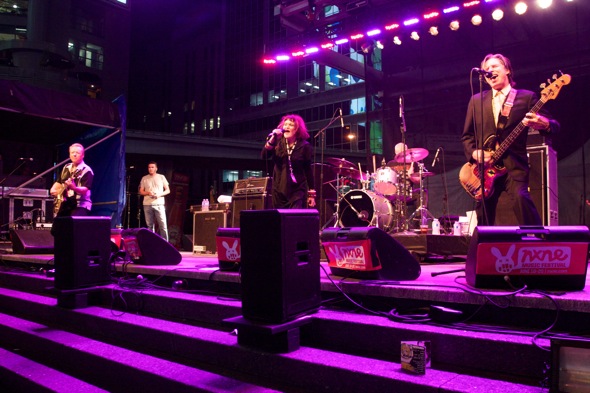 From The Great Hall, I booked it over to the perpetual dusk of Yonge and Dundas Square for some fun, old South Californian punk, X. Although a generation younger than The Sonics (the main draw at last years string of free shows), they looked every bit as old (and in vocalist Exene Cervenka's case, older), and sounded every bit as fun. Not great, not mind blowing and fist-pumping-in-the-air amazing, but fun nevertheless. 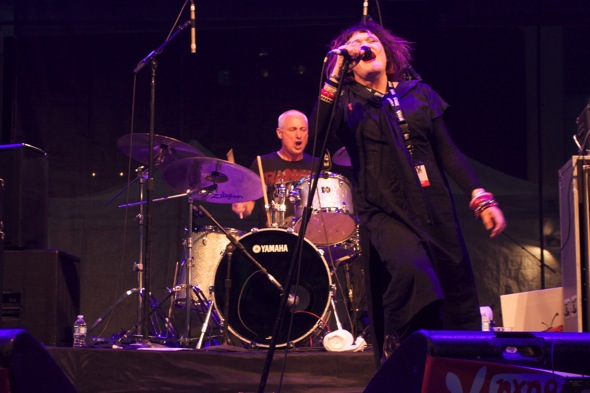 Part of the problem with this show was made clear by the fact when I was two blocks away from the event, I could hear it more clearly than when I was in the actual crowd. Johnny Hit and Run Pauline was potentially the best song they played, or at least the best one I remember. 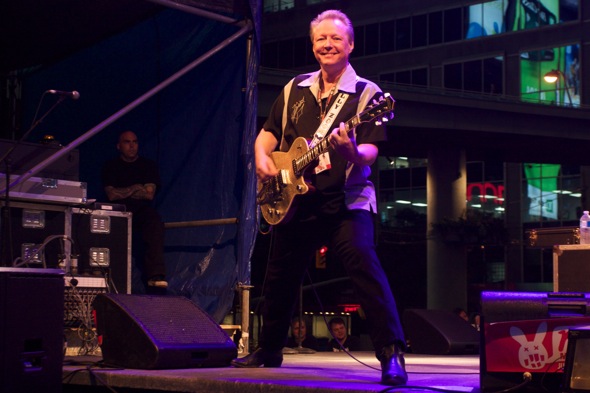 In the time after X and before Thee Oh Sees, I had planned on seeing both Metz and Chicago's CocoComa; however due to the lure of a cool patio and a cheap beer, I ended up occupying Sweaty Betty's patio with friends, counterparts, and other festival fans. Soon enough though, it was back to the Great Hall for San Francisco's best and brightest. 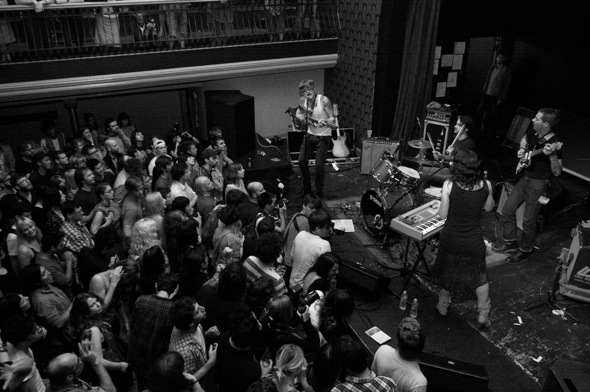 I may be extremely biased when it comes to Thee Oh Sees, in part because they are a) my favourite band on this lonely planet and b) because I think (as objectively as I can) that they are the hands down best band on this lonely planet. Few bands anywhere, ever, can channel as much energy and overall stamina as Thee Oh Sees. The legendary John Dwyer (of Coachwhips, The Hospitals, burmese, Pink and Brown, etc., etc) summons a rapture-esque frenzy that steals your soul, and dares your spirit to move. 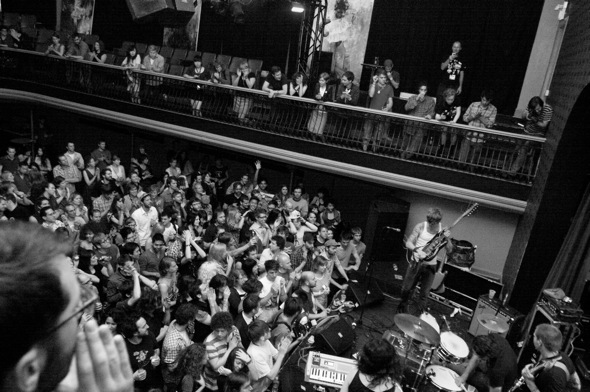 They played some of their most well-known songs, like "Block of Ice," "Enemy Destruct" and "Dead Energy," and a ton of new stuff of their latest masterwork Warm Slime, released on In The Red (who are releasing the latest Demon's Claws album as well). The song that ripped my spinal cord from my body cavity was I Was Denied, which is so damn good and pure that I could hardly stand it. Warm Slime (the title song) lasted somewhere in the vicinity of 15 minutes, and by the end the entire crowd was moving around like one giant glob of sweaty slime, so perhaps that's where the name comes from. Every single time, and in every single city that I see them in, they illicit massive amounts of energy and love. 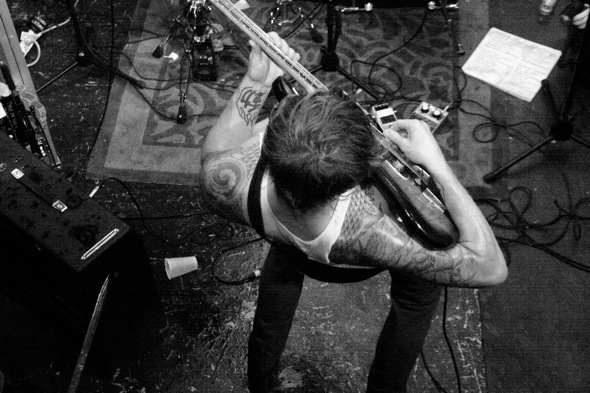 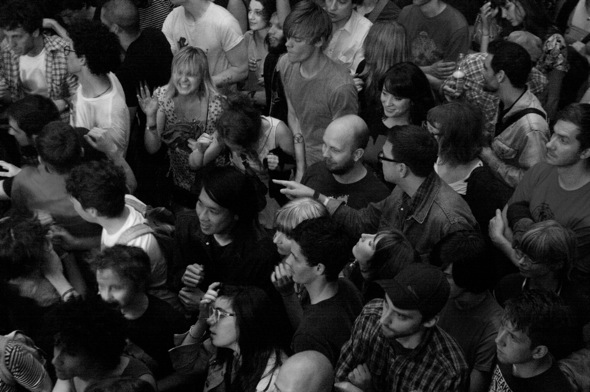 To see more of my photos, check out my blog.