The more musically-inclined followers of this TTC busker profile series, take note -- as of today, you too can apply to be part of the TTC Subway Musicians' Program. Applications are being accepted starting today until June 25, or until the program reaches its 175-applicant quota (whichever comes first).

As awesome as it is to run into one, or two, or five people I know every time I take the subway, I'm excited to see which new faces are thrown into the mix, and which talented individuals come out to show their stuff at the auditions, which take place at the CNE this August. Who knows? It could be you.

With that said, allow me to introduce this week's busker, seasoned violinist Ruslan Nebesov, whom I met on the northbound Bloor-Yonge platform. Ruslan himself is stoic and calm, but tutelage at a prestigious Ukrainian music school and decades of musical discipline have given his playing an obvious shine. 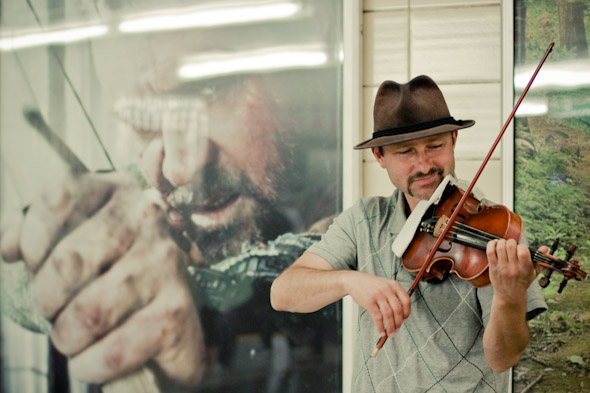 First of all, tell me a bit about yourself. Who is Ruslan Nebesov?

I'm a musician. I started to play the violin when I was 6 years old at the School of Stolyarsky, a school in Odessa, Ukraine for gifted musicians. I especially like to play the piano and the violin.

What is your musical genre?

Mostly classical, but I can play jazz, traditional, some gypsy...everything, almost.

Mostly a Russian violinist of the 1970s. David Oistrakh, if you know him.

I like to play music. [The TTC] is like a big auditorium, and I make money. It's my lifestyle. I've been a TTC busker for 10 years. I started busking in New York -- I used to live in New York City, from 1998 to 2000. I came to Toronto after that because I liked it here.

As you probably know, the TTC busker application process begins on May 21. Will you be auditioning to renew your licence this summer?

Yes, and I'll audition in August at the Canadian National Exhibition, like every year. I'll just play three songs, approximately seven minutes long. If they decide to give me a licence, they'll give me a license, if not, then they won't. 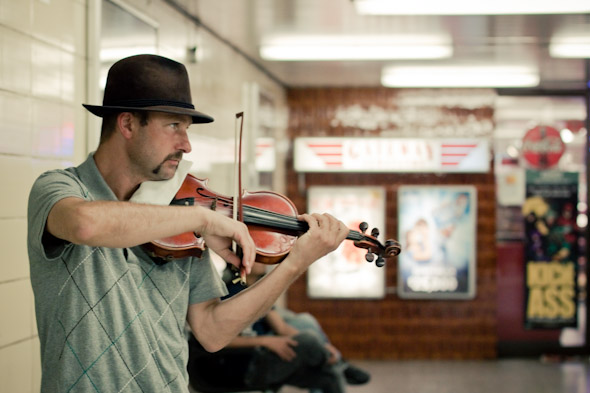 What do you do when you are not busking?

Sometimes, very, very rarely, I'll go to work somewhere else, but mostly I play in the subway. People on the TTC will sometimes invite me to play for them at weddings, private parties, shows, and everything like that.

To me...it's just interesting to play for people, to watch their behaviours and their lives.

Some people will give us buskers food. Others will give us nice words - "Beautiful music!" or "Thank you for sharing your soul." I think that's the most interesting thing.