The Wilderness of Manitoba share details of their forthcoming LP

The Wilderness of Manitoba have revealed the details of their debut full-length album When You Left the Fire, to be released June 22 through VĂŠritĂŠ Recording Artists. The record comes as the much anticipated follow-up to last years Hymns of Love & Spirits EP, both of which were recorded in their basement studio in a house on Delaware Avenue.

The original duo of Will Whitham and Scott Bouwmeester (who wrote all but one song from TWOM's EP) were joined by Sean Lancaric, Stefan Banjevic and Melissa Dalton for their full-length recording sessions, allowing the band to create a much richer and fuller sound. For Bouwmeester the addition of a "new assortment of instruments changed the colour of the songs and helped shape our growth as a band."

Check out two of the thirteen tracks off of When You Left the Fire below -- "Hermit" as an mp3 download and a Southern Souls video session of "Orono." The studio recording of "Hermit" is evidence of the band's use of added instrumentation, complete with layers of harmonica, lap steel, percussion and soft harmonies over top of Damien Rice-esque acoustic guitar.

After a brief UK tour this coming week, The Wilderness of Manitoba will return home for pair of local shows, first supporting Matthew Barber at the Mod Club on May 12 followed by a date opening up for Basia Bulat and Julie Doiron at The Phoenix on June 4. Expect a full cross-Canada tour sometime in July, with further details to be announced soon. 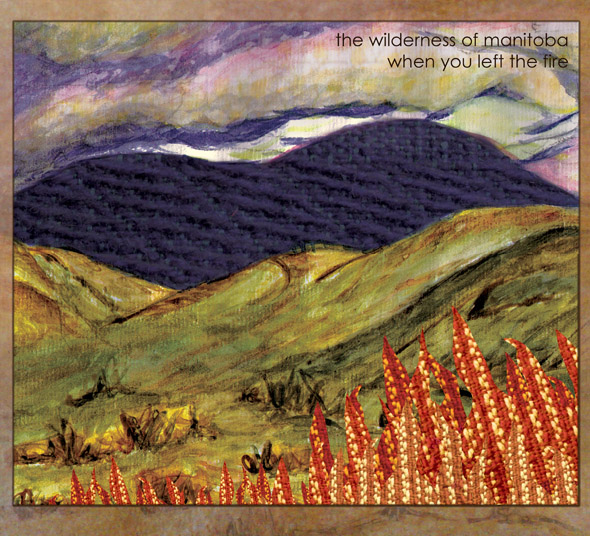