This Ain't No Secret

You might remember Rajiv Thavanathan as the host of the (now defunct and archived) Toronto Independent Music podcast; or maybe as the guitarist and lead singer from Oh No Forest Fires. You might also have seen him playing bass in All Day Driver or Five Blank Pages a while ago. But with Oh No Forest Fires' recent break up (or hiatus? huh? maybe?) in January and All Day Driver on a break while other band members tour, all of that musical greatness needs some sort of outlet.

He played at The Drake Underground on Saturday night, his set sandwiched somewhat awkwardly between a harp player and an alt-country group. I say awkward not because the other performers weren't fantastic (because they were) but because Rajiv's brand of powerful post-90's pop-rock stole the show. 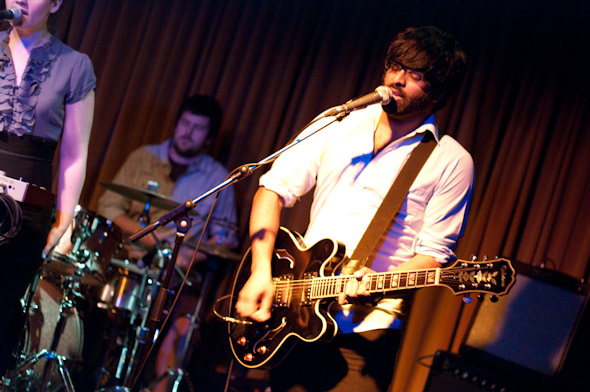 He started off by doing two songs solo, one of which was New Cove Road Back Home Song from Oh No Forest Fires' first album The War On Geometry, before being joined by some friends to create a full band for the evening. 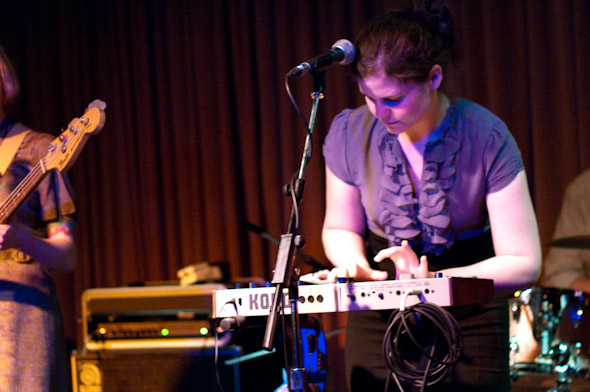 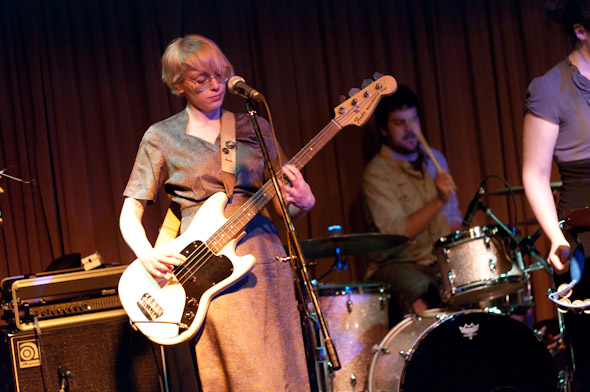 The group ran through a bunch of new songs that Rajiv has been sitting on for a while, but also played some more songs from the Oh No Forest Fires catalogue including Who Will Cut Our Hair When Our Hairdresser Is Gone? This led to some great sing-along moments with the crowd and some of Rajiv's former bandmates. 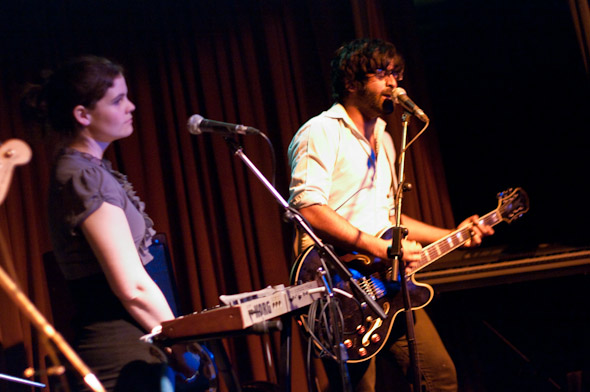 I loved their set (even if they had only rehearsed as a group for the first time three days prior to the show) and I'm looking forward to seeing if Secret Connection makes a reappearance. I'm a sucker for chanting, sing-alongs and bouncing around to pop-rock, and Rajiv produces that in spades.