The Junction make a triumphant return to Lee's Palace

The Junction returned to their old stomping grounds at Lee's Palace on Saturday night and were joined by Toronto atmospheric suit rockers The Darcys and Ottawa's powerhouse Amos The Transparent.

The Darcys started the night off right, showcasing their new lineup with Jason Couse on lead vocals. Following the departure of former guitarist and lead vocalist Kirby Best, the band quickly rearranged itself from a five-piece to a four-piece and have quickly picked up where they left off. 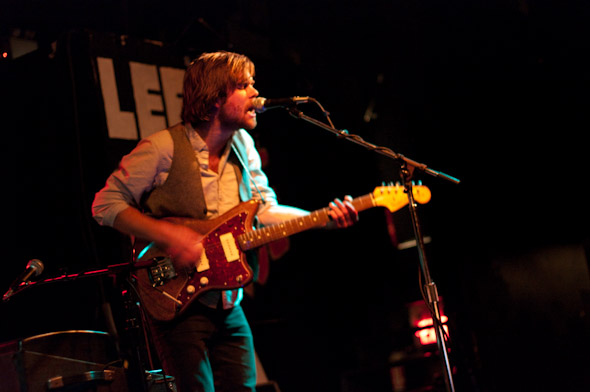 The layers of keyboards and synthesizer in The Darcys' set came together to create a sound that I find difficult to pin down. Why I do know is that their performance was incredibly tight and everyone in the crowd was digging it. 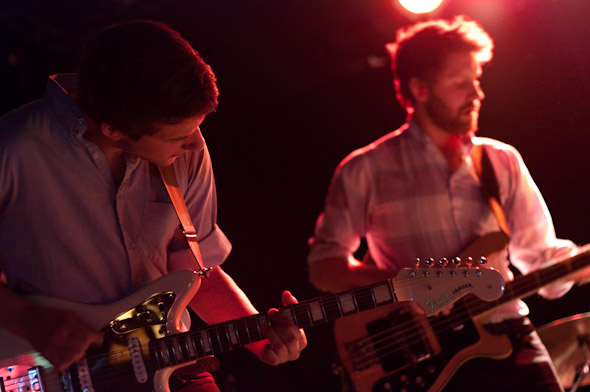 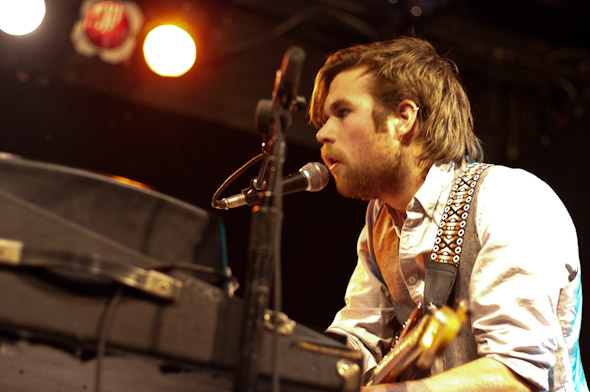 After a quick change-over, Amos The Transparent took over. I first saw these folks at the Horseshoe Tavern during Canadian Music Week and was instantly impressed. Saturday's performance just solidified the impression. 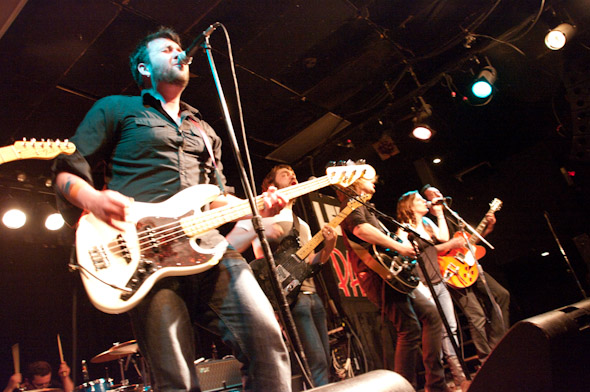 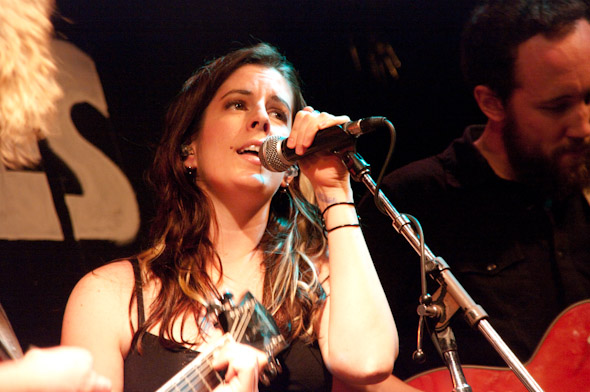 I think there are a few reasons why Amos The Transparent strike a chord with me. Maybe it's their all-out, six-members-across-the-front rock. Maybe it's the way they seem completely honest in their lyrics and their performance, not hiding anything. Maybe it's because it seems like they have some punk-rock roots. Or maybe it's just that they're a little different and refreshing. 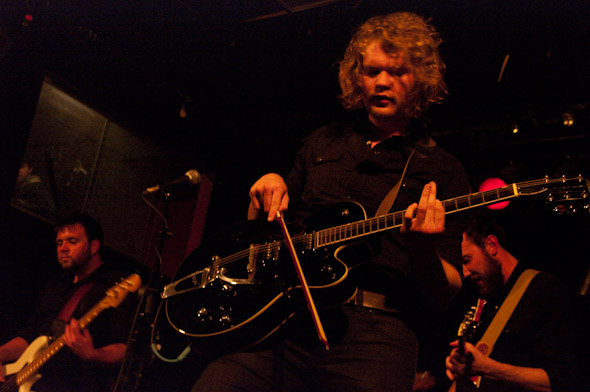 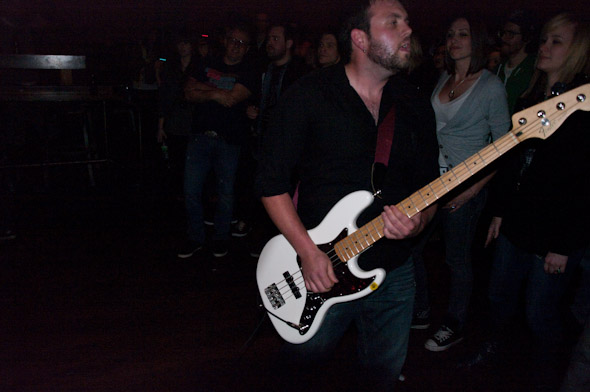 Just before The Junction came out fans crowded up to the stage, anxious to see the band again. These guys have built up a solid fan base over the past ten years (this show was their tenth anniversary!) and a great mix of old friends and new fans were at the show. 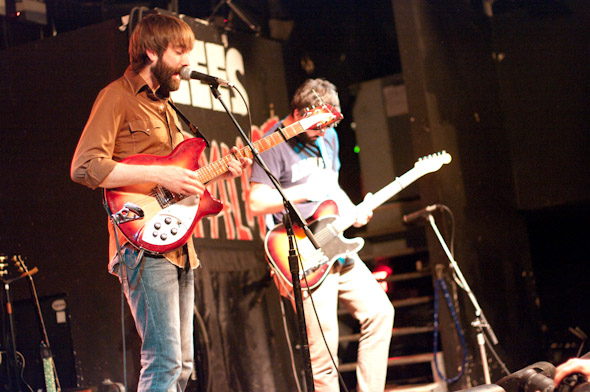 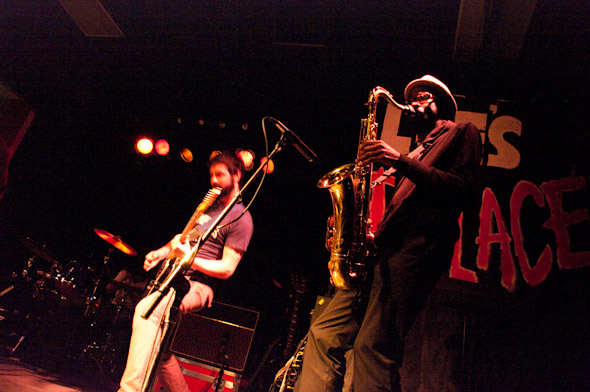 To be completely honest, I was pretty exhausted by the time this set rolled around so I couldn't enjoy it as much as I wanted, but everyone else there was obviously having an awesome time. They ran through a lot of familiar songs, and introduced a saxophone onto some tracks, adding an extra layer of wicked. 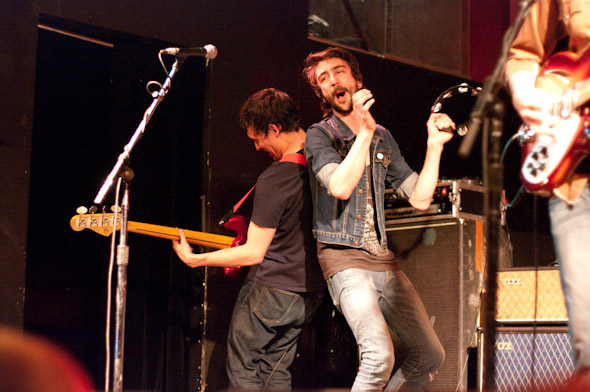 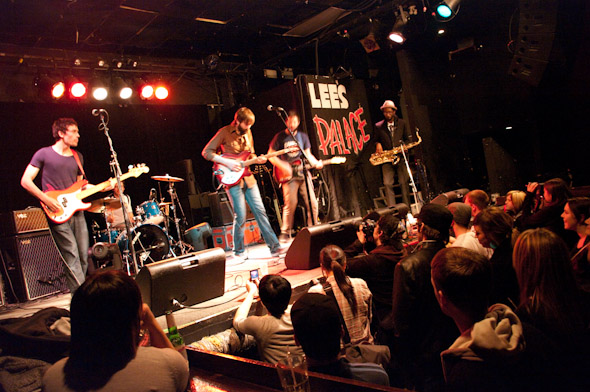 If you're kicking yourself because you missed The Junction again, they are playing at the Sound Academy this Friday! Don't miss out!