Old Man Luedecke reminds us what banjo is all about

Folks packed into the back room of the Old Man Luedecke and help him celebrate the release of his new album, My Hands Are On Fire and Other Love Songs.

Eager listeners crowded around small tables covered in white tablecloths, the room dimly lit by tea-lights on each table and strings of tiny white lights spread across the ceiling. Old Man Luedecke (real name Chris Luedecke) played for over an hour, delivering songs old and new with a passionate yet humble presence. He encouraged the audience to sing along whenever they felt like it. 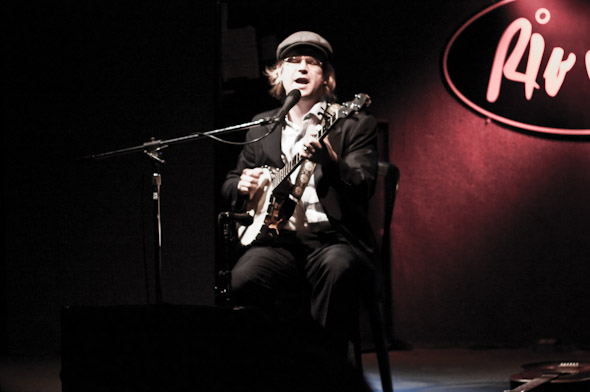 He seemed incredibly nervous when he first started the set, but after a song or two it became apparent that that was simply his nature and that he was actually quite comfortable. He conversed with audience members throughout the set and always managed to fit in a quick story between each song, although I guess that goes with the territory when you're playing folk music. The way he managed to keep the set moving smoothly was excellent, especially for a solo act. 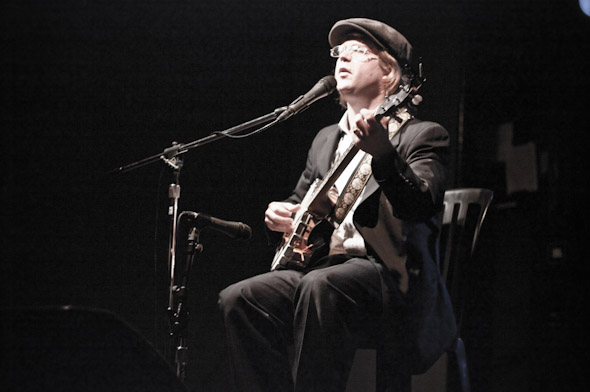 Luedecke plays mostly upbeat folk music, with a few sad or somber songs thrown in for good measure. I'm not usually one to go for music like this, but there's something about the twang of his banjo and the slight drawl in his voice that keeps bringing me back for more. 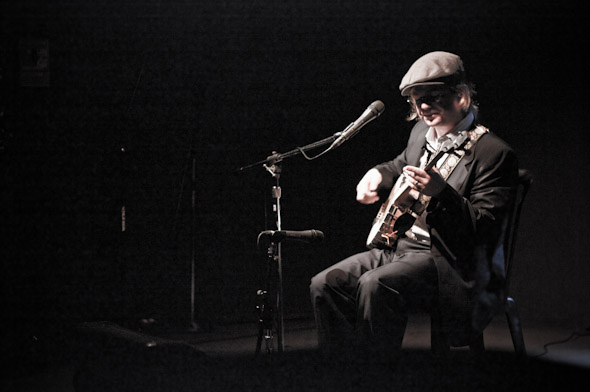 Old Man Luedecke played in Guelph last night and is heading back to his home of Chester, Nova Scotia for a sold out show at The Chester Playhouse tonight. He'll play a couple shows in Nova Scotia and New Brunswick at the end of April before heading down to the States for a string of shows in May.