The Horseshoe Tavern was packed on Thursday evening, and in typical fashion, the bar was awkwardly hot and sweaty way before any acts had taken the stage. Everyone was anxiously waiting (and crowding the stage) to see, hear, and sing along with Vancouver's celebrated indie-rock singer-songwriter Dan Mangan. 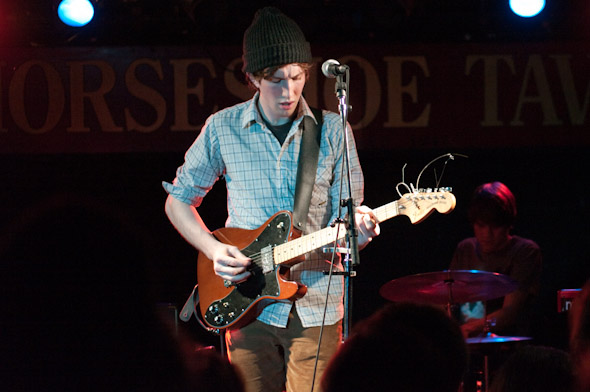 Before I get into Dan's performance I'd like to quickly mention his opening act Aidan Knight. I've heard Aidan's name thrown around a lot in recent months, so I'm really glad that I was able to catch a few of his songs. His music really complements Dan's, occupying a similar position on the indie-folk-rock spectrum. 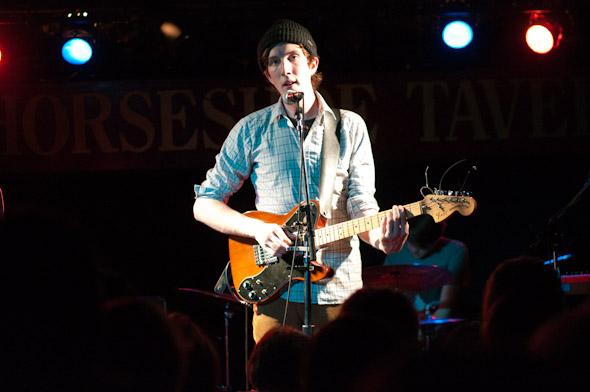 He has a gorgeous voice and seems incredibly nice and very humble. He was quite comfortable on stage too, but only enough so that he didn't look awkward. He did manage to ramble on a bit one or two songs which lead to some funny moments shared with the audience. Keep an eye out for this one, you'll be hearing more from him! 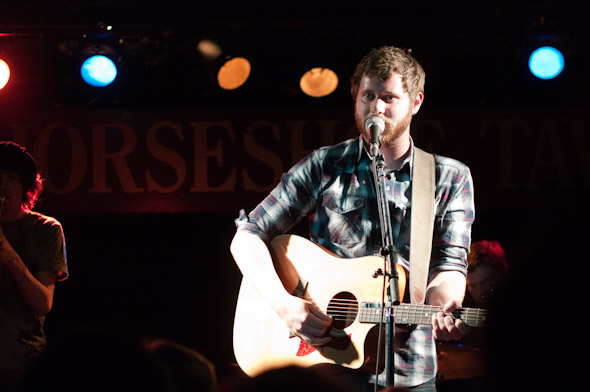 Dan Mangan came out with his band shortly after 10:30 p.m. to lots of cheers and applause, and quickly went right into the upbeat song Sold which got the crowd bouncing and singing. 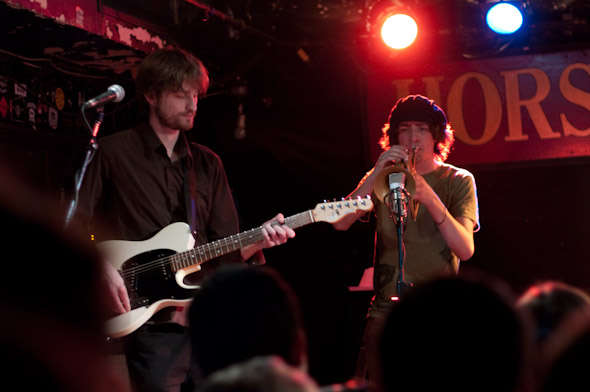 You'd never guess it when hearing him talk, but his singing voice is deceptively deep and sometimes he throws in some wonderful growls, while his fingers deftly pick the strings on his guitar. He's a great conversationalist when it comes to audience interaction, and he even allowed himself to tell some ridiculously corny jokes between songs. 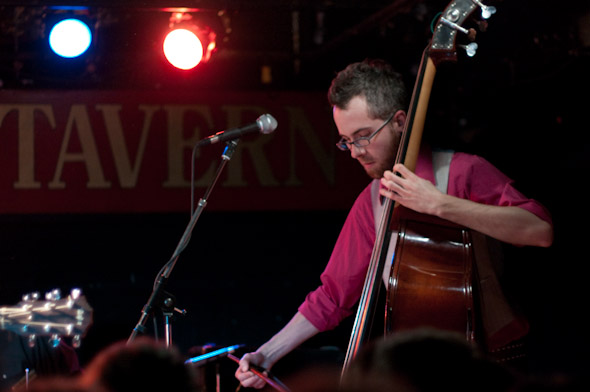 There were some pretty magical moments during Dan's set. On the recorded version of his song The Indie Queens Are Waiting there's a back and forth between Dan and a female vocalist. When he performed the song on Thursday without the backing vocals, a girl from the audience picked up the slack and chimed in for those parts. It gave me goosebumps. 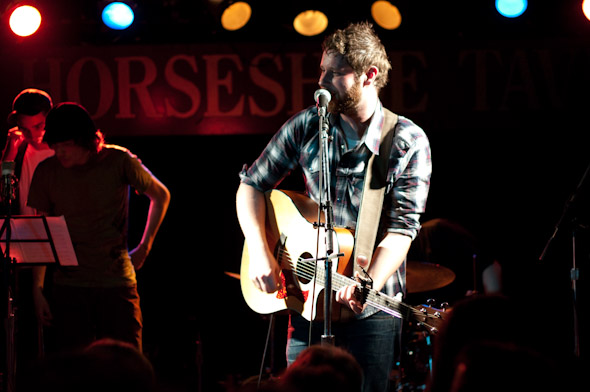 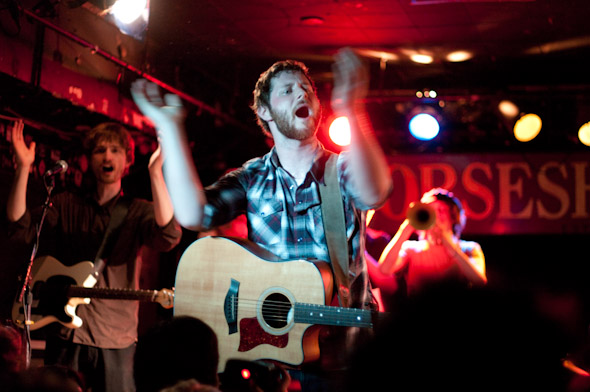 Dan ended his set with the song Robots, which had most of the bar singing along. For an encore he brought Aidan Knight and his band back on stage to perform another song, and then finished off by instructing the audience in a huge, wondrous sing along. He said we sounded like a choir, and that we should "choir the shit out of it."

We did. It was awesome.