An Horse stuck on repeat

An Horse, the indie-pop duo from Brisbane, Australia dropped into Toronto on Monday evening for an early show with their friend Hannah Georgas at The Garrison. The two acts have fairly distinct musical stylings and played off each other well, even if the former group felt a little repetitive. 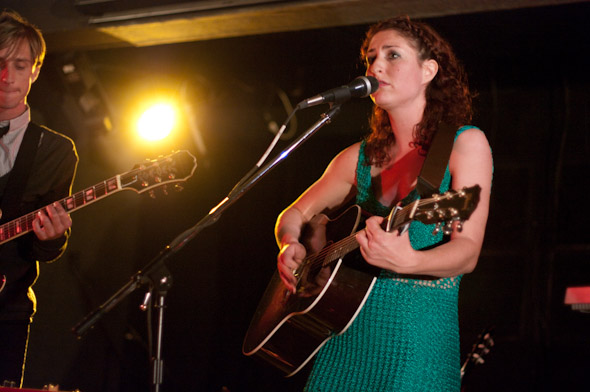 Hannah Georgas got the chilly back room of The Garrison warmed up with some songs from her newly released record This Is Good as well as some older crowd favourites. She put on a great show, and I'd love to see her in a smaller, more intimate pub-like venue instead of that somewhat cavernous back hall. 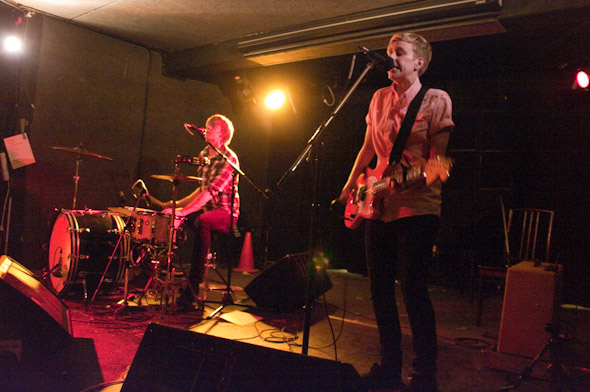 An Horse was up shortly afterward, featuring Kate Cooper on guitar and vocals and Damon Cox on drums and back up vocals. They musical style sounds an awful lot like Tegan and Sara, so much so that it's possible to confuse the two. I really like their music and it's kind of catchy but it gets really repetitive after the first few songs. 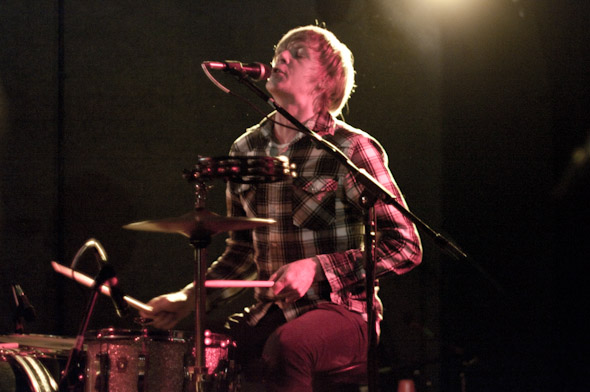 As they do in Australia, the duo has a solid fan base here in Toronto with most people at the show singing along with every song. In fact, the audience, mostly comprised of young females with Tegan and Sara haircuts, seemed to really identify with the band and their music. This was surprising, as I'd expected them to have a much broader fan base.

An Horse will be touring the US for the month of May, as Hannah Georgas is touring her way toward BC. Fans should keep their eyes peeled because they'll both be back soon.