To break up the two nights the Black Lips played at the Horseshoe this weekend, they made about 200 people's day when they played an in-store performance at Sonic Boom yesterday afternoon.

It was a pretty tame half hour set -- they showed up, drank some beers and singed some autographs (why do people still need these?). I was kind of expecting mass insanity and at least a few things to get broken, given the scope and reputation of the band. But everyone played nice and kept sane. They played a few old favorites and peppered the set with a few tracks of their latest album 200 Million Thousand released on Vice Records last year. 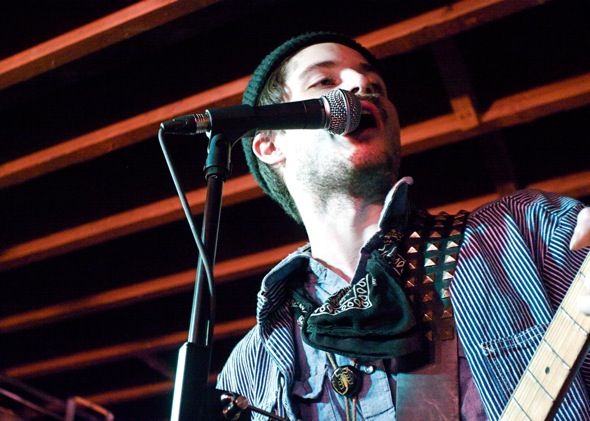 Since the band's inception about a decade ago, they've been obliterating venues and morals across the world. They take what constitutes a " party band" and turn it into something closer to a psyched-up Dystopian drug-addled explosion. Proof is in songs like "Bad Kids," from 2007's Good Bad Not Evil, where the band cockily plows through the sing-song lyrics like "All my friends are bad kids/ ain't no college grad kids/ livin' out on the skids/ kids like you and me." 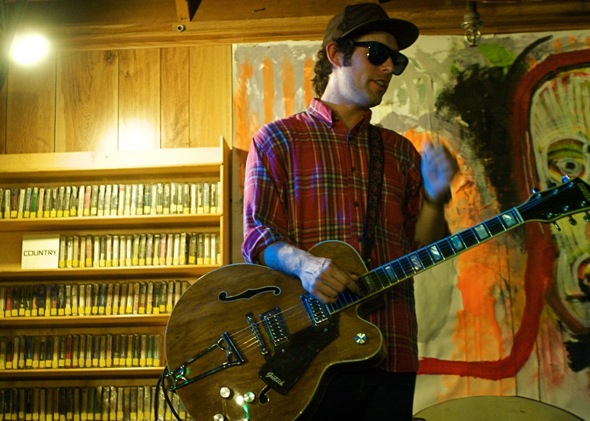 Equal parts of punk, soul, blues and country (amongst other genres) create a wild, colossal sound, not easily replicated by new upstart bands. There really isn't another band making records now that sounds like them. 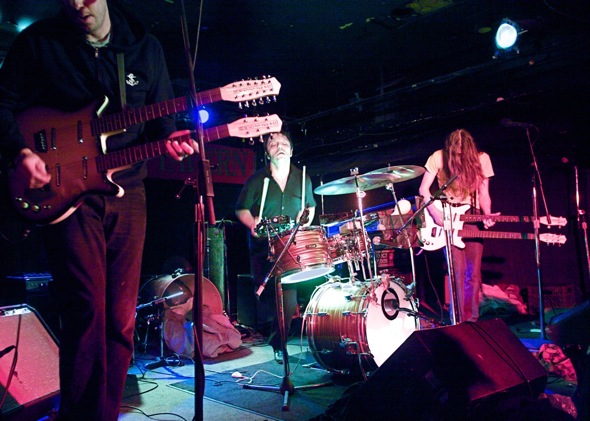 Opening up the show was Omaha's 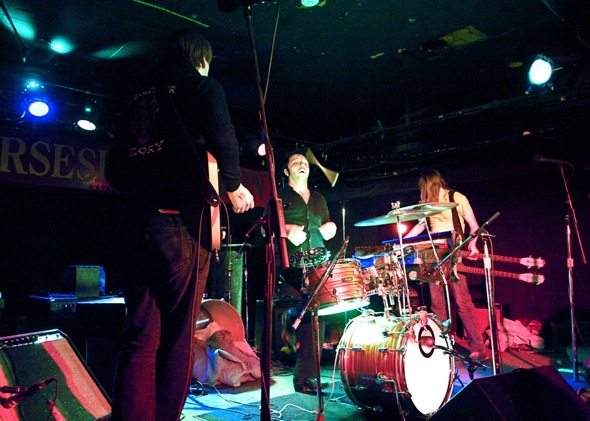 Box Elders, a frantically pop-ish band with some serious lo-fi roots. I really like them, and every time I've seen them they've put on a great show. Those McIntyre brothers are cute and kitschy at the same time. Dave stands while he drums and also plays the organ intermittently. He's the hardest working drummer since Rick Allen, I think.My favorite Box Elders song is "Hole in my Head," off Alice and Friends, released in 2008 on the legendary Goner Records. They're a garage pop band, yes -- but their sound is so endearing that you can't help but get into it. It's a real shame more people didn't show up for their set, but everyone who was there seemed to be into it. 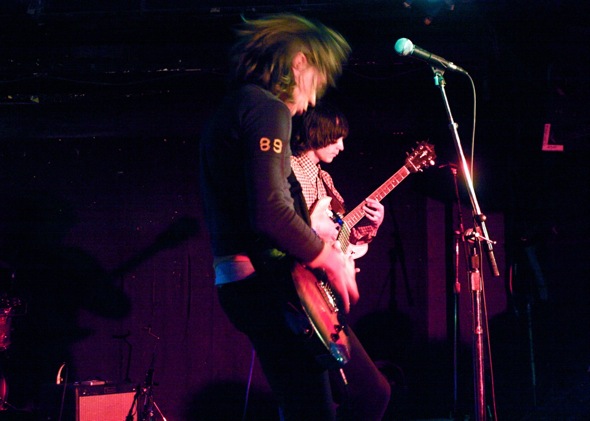 Montreal's Demons Claws played next, providing a definite segue in terms of music styles from the Box Elders to the Black Lips. They have a much more streamlined sound, based in country punk, but meandering somewhere close to the wonderland that the Black Lips create.

Frontman Jeff Clarke plays without shoes or proper pants on (just long johns!), and his face is obscured almost the whole time as he drawls on songs like "Fucked on K" or "Trip to the Clinic." Former CPC Gangbangs and current Red Mass front man Roy Vucino plays a demonic bass, replete with a pentagram necklace. 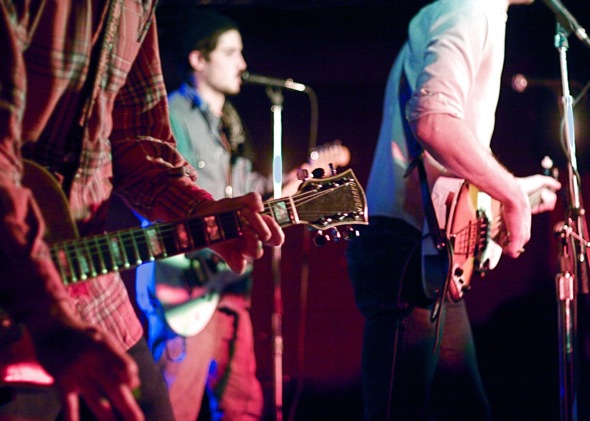 The charisma of a band like the Black Lips is definitely solidified when they play live. About two minutes, the venue was already turned upside down. Chicks had lost their shoes, dudes were already flailing around crowd surfing, and at least one person was trying to light a cigarette among the chaos. 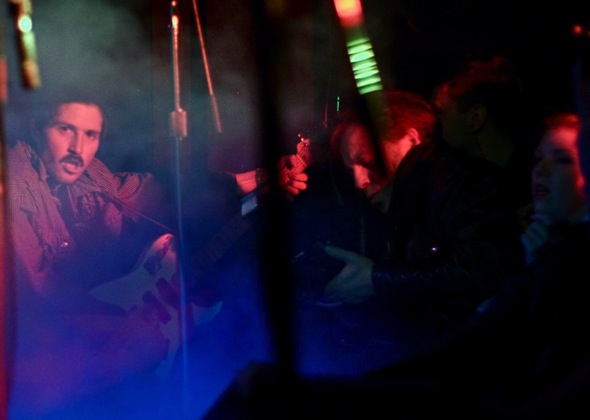 All that craziness is well and good, but it was a very similar scene to that of the last King Khan & BBQ show a few months back. The term "meat heads" comes to mind, and even if that's not a 100 per cent fair assessment, it certainly does describe the pack mentality of the Black Lips following. 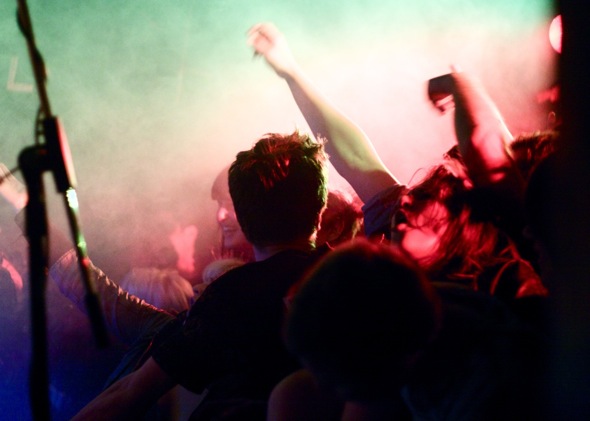 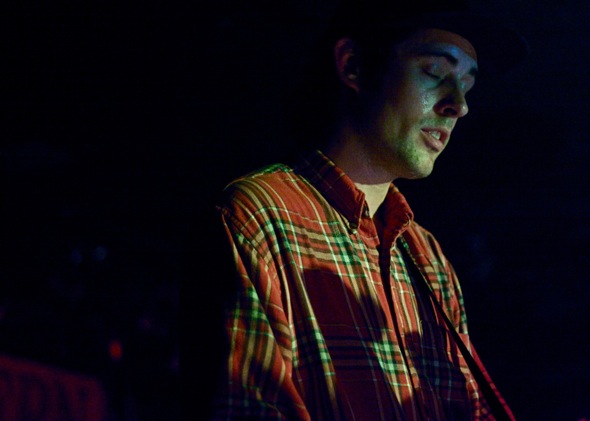 After chugging the last of a beer, Ian called out to the tour manager for "more beer in the monitors," a line which was still funny even though he had said the same thing earlier in the day at Sonic Boom. 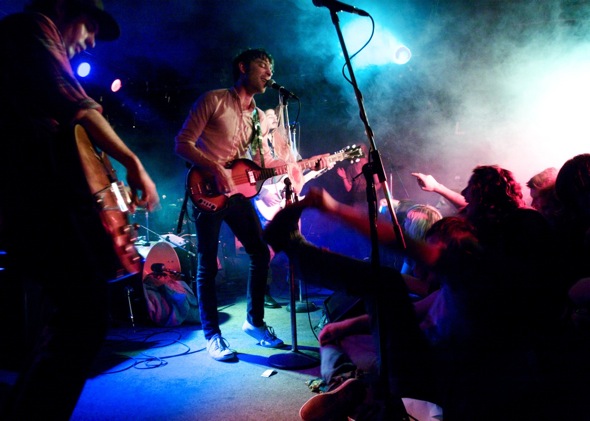 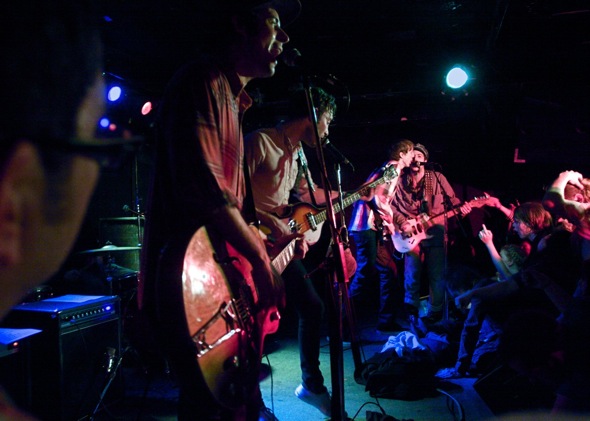 The band's encore consisted of Deerhunter's Bradford Cox and BBQ (aka Mark Sultan) joining them onstage to sleaze through the Velvet Underground's "Run Run Run".

To sum up, the Black Lips are a solid band, with solid jams but I wouldn't want to be their tour manager. Last night was a fantastic end to the Black Lips obliterating Toronto, and was one of the best lineup's I've seen since the Actual Water, Brides, and Anagram show last summer.

For more of my photos from the show, check out ivyleah.blogspot.com