Cursive and Alkaline Trio deliver an explosive show at the Phoenix

Omaha, Nebraska's Cursive and McHenry, Illinois' Alkaline Trio stopped by the Phoenix Concert Theatre on Saturday evening for an early show. The unlikely pairing of Trio's pop punk and Cursive's self-reflexive art-rock made for an excellent warm-up for the night ahead.

One of the members of The Dear & Departed had some issues at the border and as a result the secondary support act were unable to perform.

Trio guitarist Matt Skiba joked that he killed someone in New Zealand, later adding that he had done so with kindness. Though a third act would have been nice, it was a tight squeeze for two bands considering doors were at 5:30 p.m. and the show was over by 9 p.m. 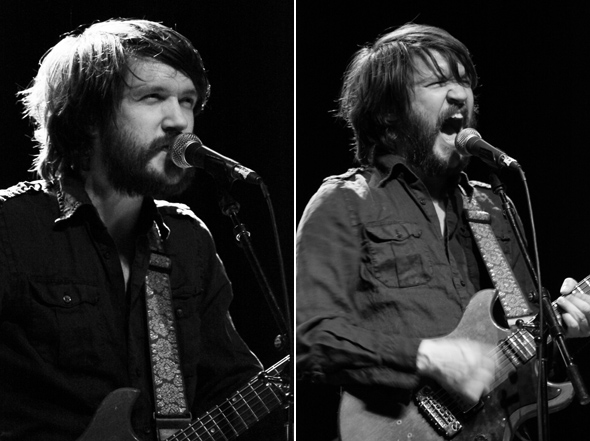 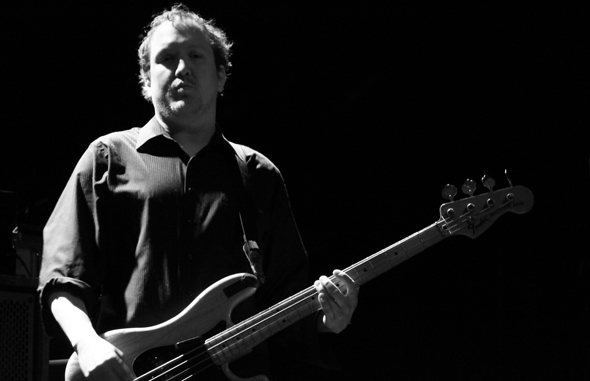 Cursive hit the stage at 6:15, launching into an energetic forty-five minute set that favoured their recent material. Having released seven full-lengths since their formation 15 years ago, Cursive are lovers of the concept album.

"Art is Hard," "A Gentleman Caller" and "Driftwood: A Fairy Tale" from 2003's The Ugly Organ touched on the lust-filled life of an unsightly organist while "Dorothy at Forty" and "Big Bang" from 2006's Happy Hollow tackled issues of religious hypocrisy and intolerance through the exploration of the burdens of growing up in small town suburbia. Despite the thematic and lyrical ties, however, each Cursive song is able to stand firmly on its own. 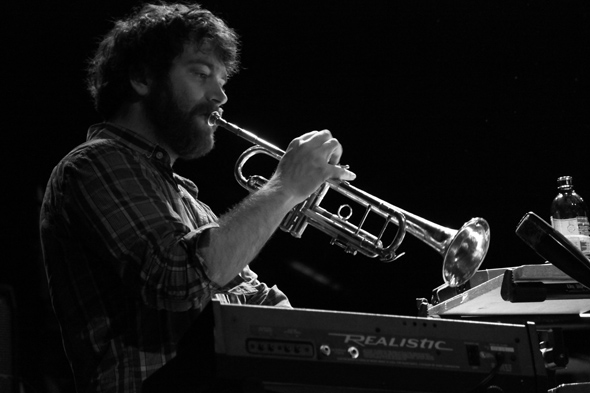 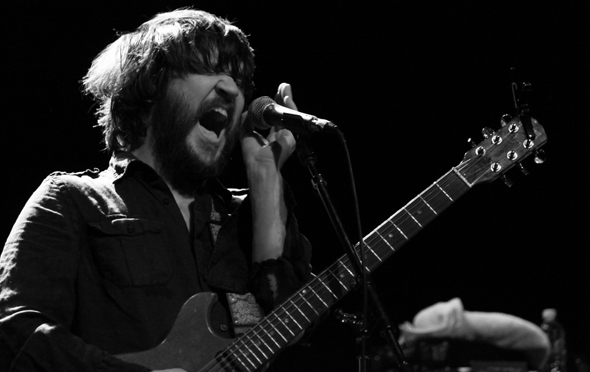 Frontman Tim Kasher was on top form on Saturday night, telling story after story to the audience in his signature mixture of screaming and crooning. Cursive closed out their set by 7 p.m., bidding the growing crowd farewell before a cathartic rendition of "I Couldn't Love You."

Unlike Cursive, who stuck with the independent route throughout their career, Alkaline Trio are on the road to recovery after a series of major label mishaps that ultimately resulted in the formation of their new imprint Heart & Skull, in partnership with Epitaph. This Addiction is the label's first release, which sees the band adopting a stripped-down production style reminiscent of their earlier albums. 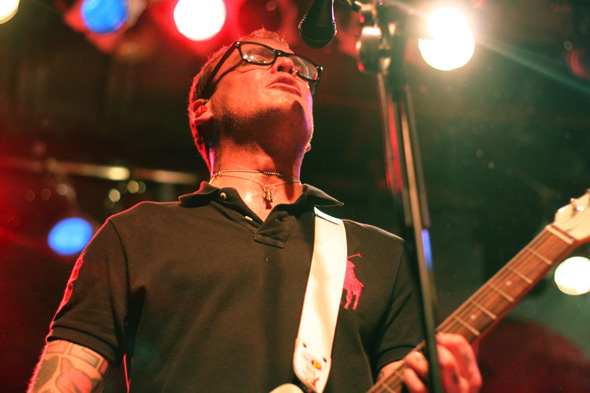 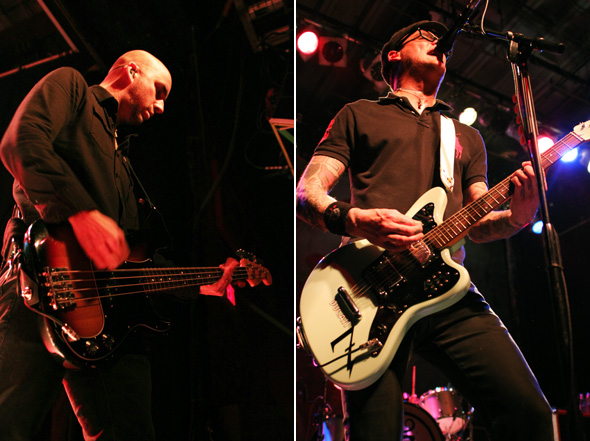 Guitarist Matt Skiba and bassist Dan Andriano shared singing duties, while drummer Derek Grant (formerly of the Suicide Machines) kept the pace magnificently behind his kit. Classic Trio tracks like "Nose Over Tail" and "Fuck You Aurora" prompted passionate singalongs from the audience. 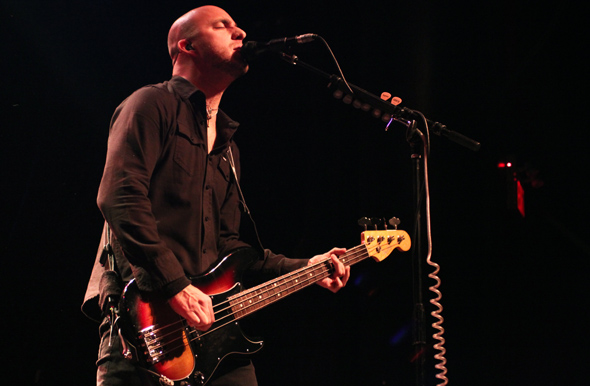 They played a healthy chuck of their 2003 album Good Mourning, with the pit erupting when Skiba strummed the opening chord to "We've Had Enough." Absent from the 21-song set were offerings from Agony & Irony, released two years ago through the major label Epic Records.

Trio maintained an incredible pace and tight, cohesive sound throughout their set. Their upbeat punk rock sound contrasts the dark, gloomy, nihilistic and alcohol-fueled sentiments that make up their lyrics. Trio brought out fans old and new, many reveling in the nostalgia of hearing their teenage anthems delivered live after a decade of refinement. 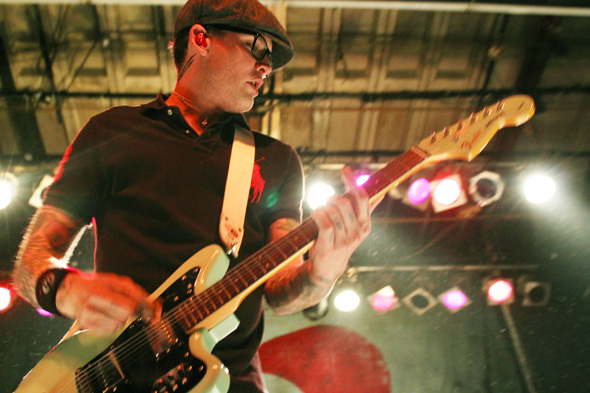 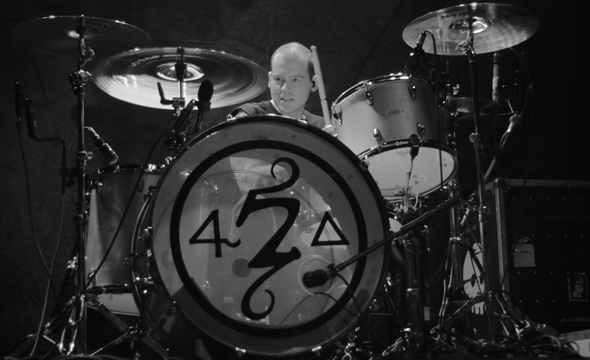 With the show over by nine, the concert felt more like a mid-day performance than the kind of shows I'm used to. While many die-hard Cursive fans weren't sure what to make of their support slot on the This Addiction tour, I walked away from the show Saturday appreciative of the improbable match up.

Then again, I've always been fond of pop punk when it's pulled off with such precision.