Far more than a night of nostalgia, there were three other formidable performances on the bill, including Australian singer Kate Miller-Heidke, Montreal's The Mission District and Toronto's own Sadie May Crash.

But as the night went on it became more apparent by the crowd's reaction that most of them were there to see Platinum Blonde rock The Mod Club, which is incidentally run by singer Mark Holmes since its inception in 2002. And rock it they did. 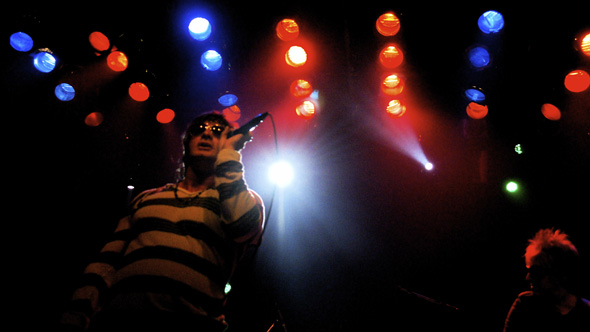 After an eight-minute video retrospective to the band flashed on the big screens on either side of the stage, the crowd was hyped. 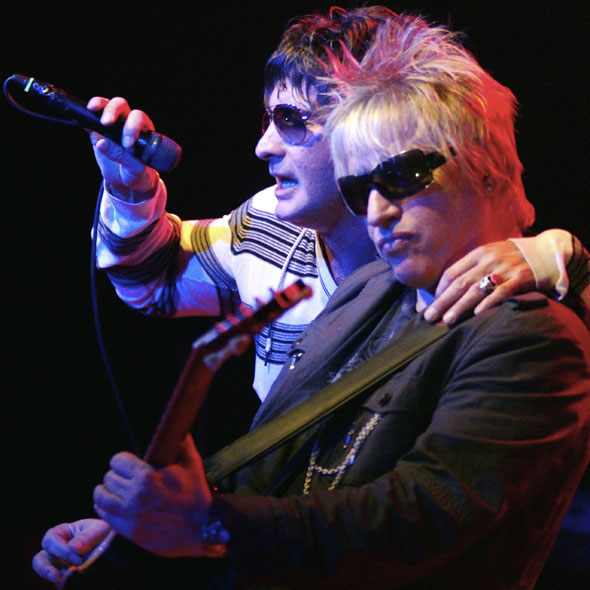 No longer blond, but as exuberant as a kid in a bouncy castle, Holmes hit the stage to the tune of Standing in the Dark. Cameras popped up out of nowhere. Bright lights and flashes went off everywhere. The room was electric. 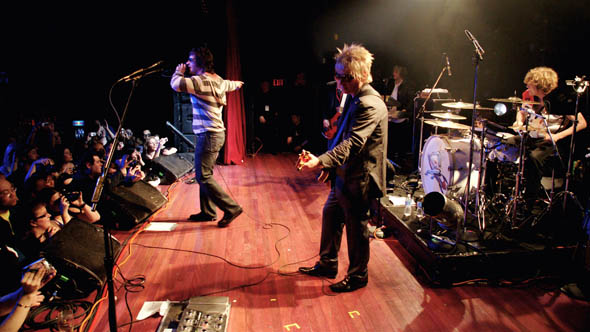 Next up was the slower Not In Love. Then another four Canadian power hits followed: Situation Critical, Somebody Somewhere, It Doesn't Really Matter and Crying Over You. For a moment it felt like it was 1985 again. 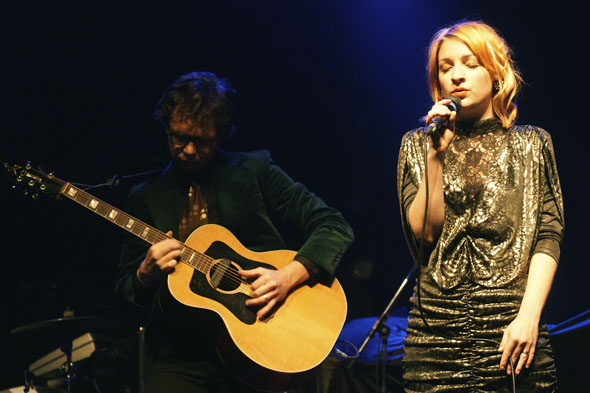 Opening up the night was the wonderfully talented Miller-Heidke, whose operatic vocal flourishes added a quirky fix to some brilliantly astute lyrics, including Are You F*cking Kidding Me? (The Facebook Song). She also performed a chilling cover of Britney Spears' Toxic. Catch her on the next Ben Folds tour. 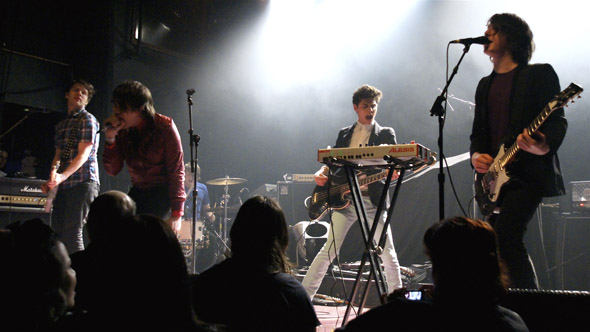 Next up was The Mission District, who tried to get the sparse crowd excited when they hit the stage at 10 p.m. 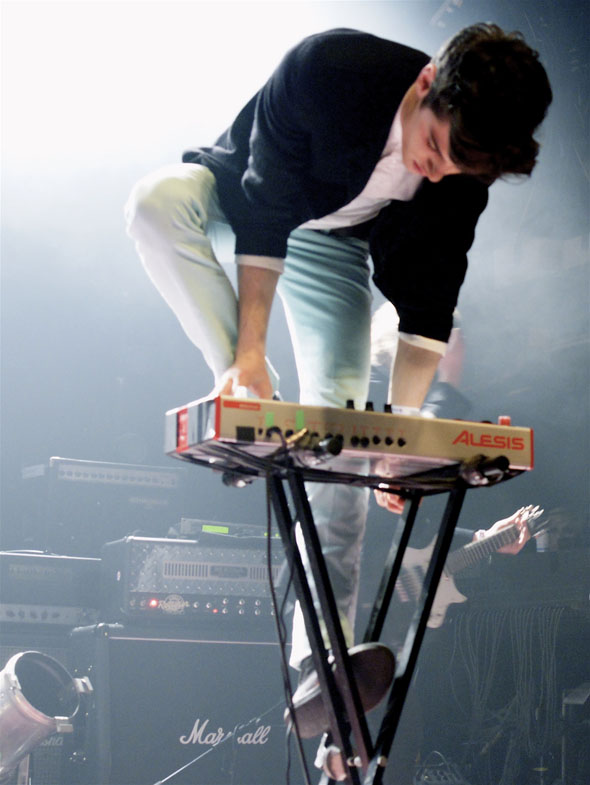 "Have any of you had at least two drinks in you yet?" lead singer David Rancourt asked, after only a smattering of applause following their first song. A few tunes later, he tried again and got a modicum of cheers.

Keyboard player Antoine was fun to watch, hopping up on his keyboard stand and trading rock-star stances with Rancourt throughout most of their 35-minute set. 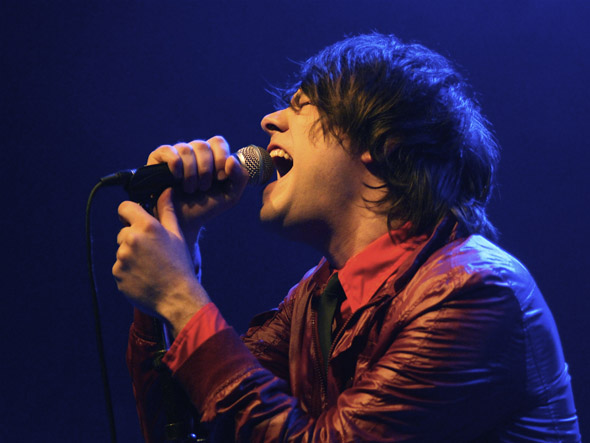 "Eighty percent of our fan base is below 19 years old at most of our shows," he later admitted. But that didn't stop them from delivering an energetic set of upbeat electro-pop. 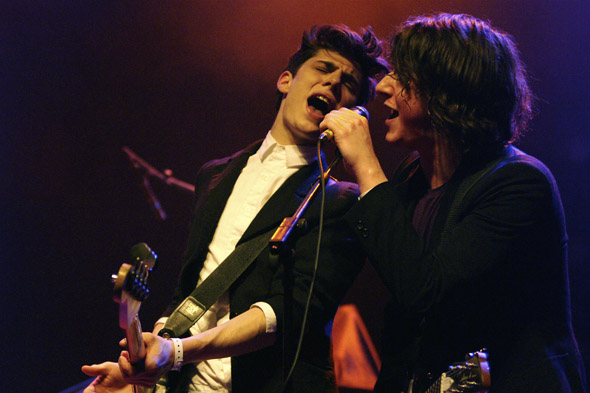 Sadie May Crash took to the stage next, accompanied by naked mannequins. 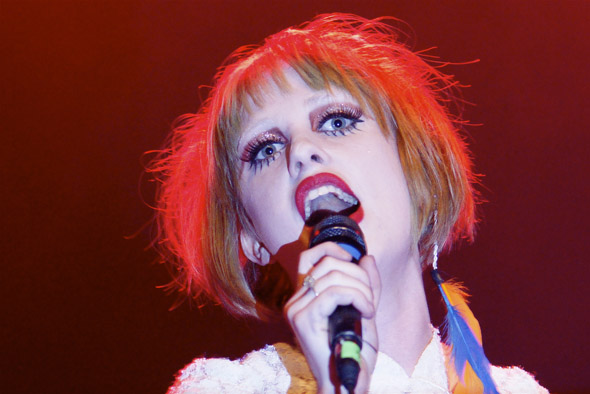 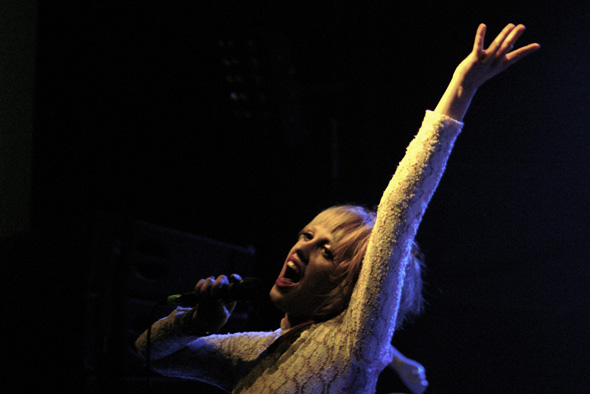 The lead singer had a powerful voice and presence, jolting the crowd to pay attention. It's not the sort of music I'd play on my iPod regularly, but it certainly added to a diverse night of music.

It was hard to keep my eyes off her, with her skin-tight white dress, blonde bob and 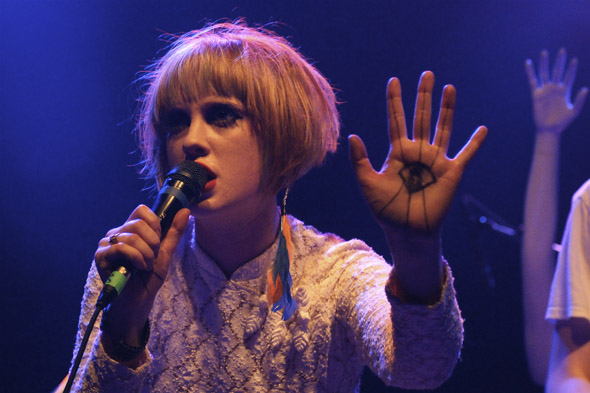 Each band only got 30 to 40 minutes on stage, yet they all contributed to a stellar night to kick off Canadian Music Week. 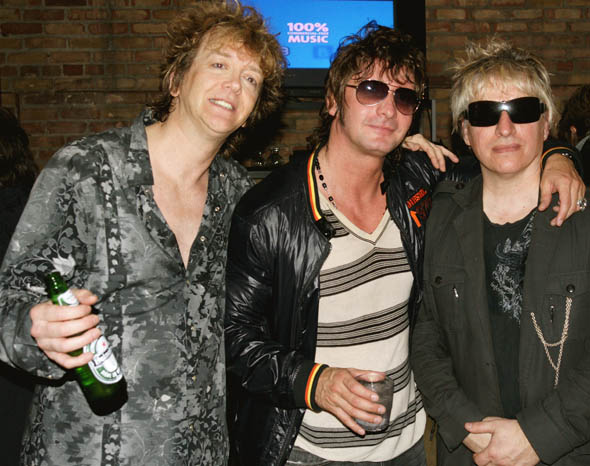 At the end of Platinum Blonde's set, Holmes told the crowd they'll be back soon, hinting that there's a new recording and tour in the works.

For those who missed Platinum Blonde at the after-party upstairs The Mod Club Wednesday night, you can catch a glimpse of them later today at the Canadian Radio Music Awards (12:30 - 2:30 p.m.) as they'll be inducted into the Canadian Music and Broadcast Industry Hall of Fame.