With Canadian Music Fest hitting the home stretch, here's a look at some performances from Thursday and Friday night. I headed to the Horseshoe Tavern on Thursday to check out Magneta Lane and Amos The Transparent, and made my way to Lee's Palace on Friday to see some early sets by Winter Gloves and The Russian Futurists.

Magneta Lane at the Horseshoe Tavern

A surprisingly large number of people showed up to see Magneta Lane play an early and short set at the Horseshoe on Thursday. I first caught wind of these girls back in 2005 with the release of their single Ugly Socialite. Their CMF set featured mostly newer material from their 2009 record Gambling With God. 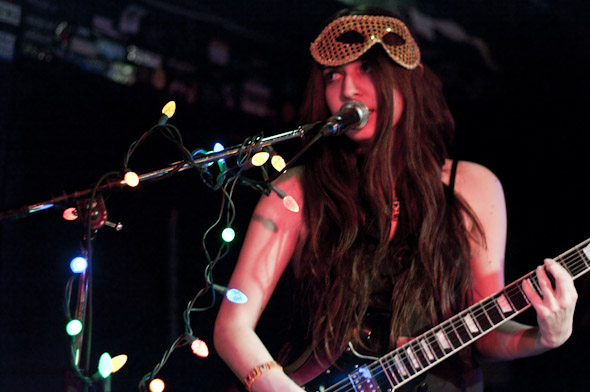 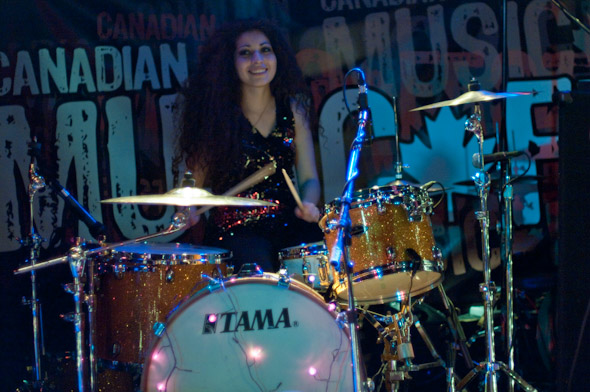 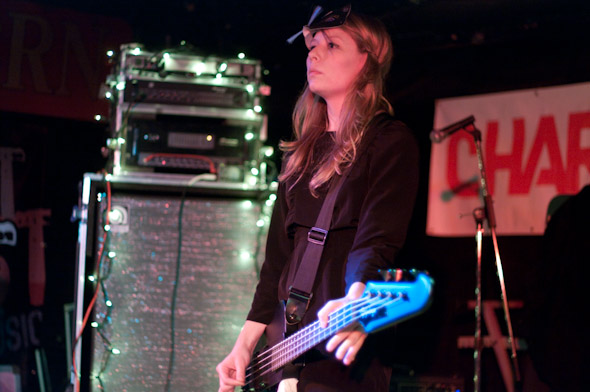 Amos The Transparent at the Horseshoe Tavern

I've had a number of people tell me over the past year to try to see Amos The Transparent, saying that they were one of the best and most entertaining bands they've seen in a long time. When I left the Horseshoe, I was echoing those words. When they hit the stage they turned the energy and excitement dial to eleven and didn't let up until they finished. Amos The Transparent will be returning to Toronto on April 16 for a show at
Lee's Palace. 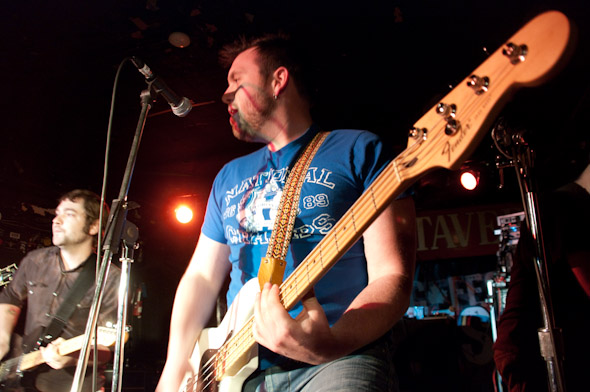 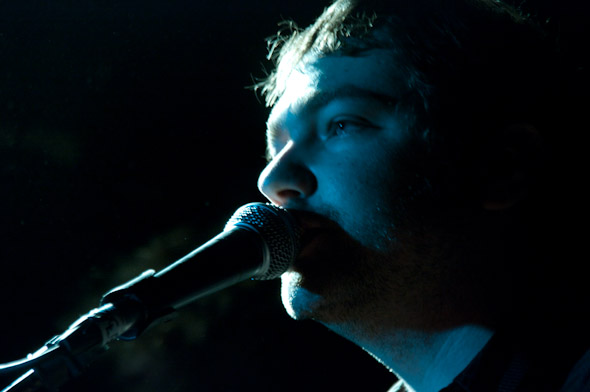 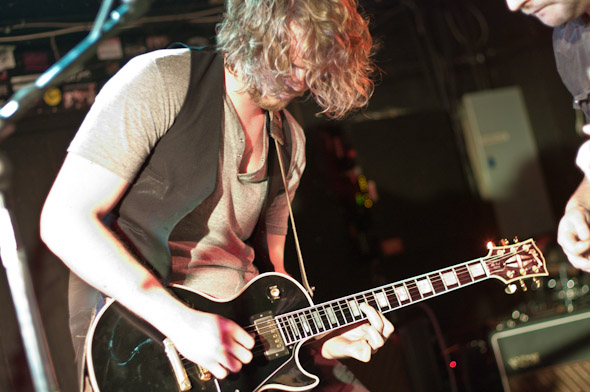 This was the first of two sets Winter Gloves had to play on Friday night (with the second being at the El Mocambo). I was expecting them to hold back a little bit because of this, but they brought loads of energy, opening up with the song Factories from 2008's About a Girl. Winter Gloves were an awesome way to kick off a great line up. 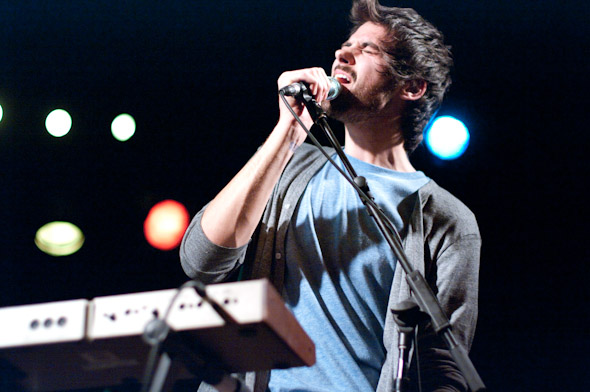 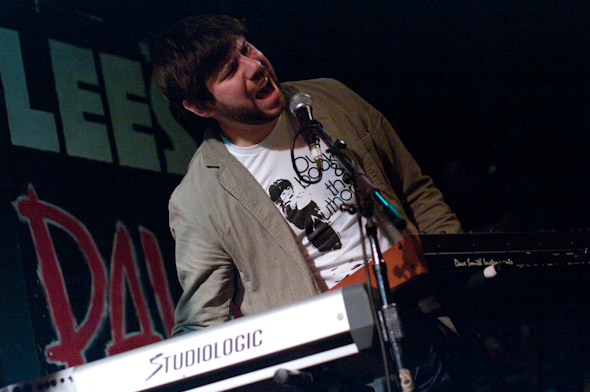 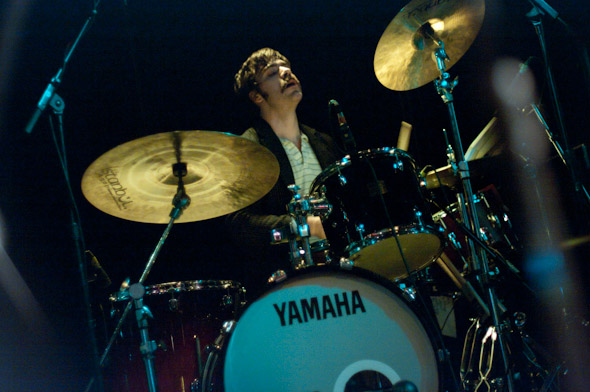 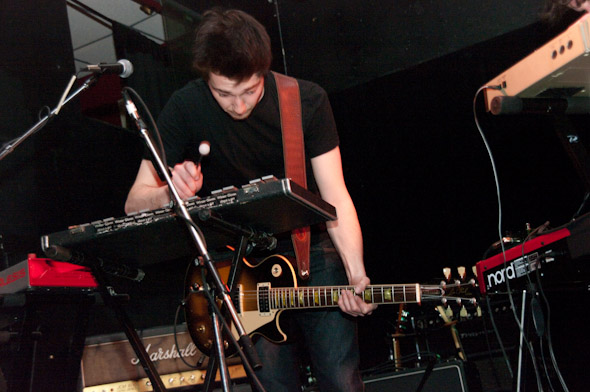 The Russian Futurists at Lee's Palace

Having not played that many shows in the past couple of years, The Russian Futurists are back and set to release a new record called The Weight's On The Wheels this summer. Their set was comprised primarily of new material with a couple of fan favourites thrown in, like Let's Get Ready To Crumble from way back in 2002. 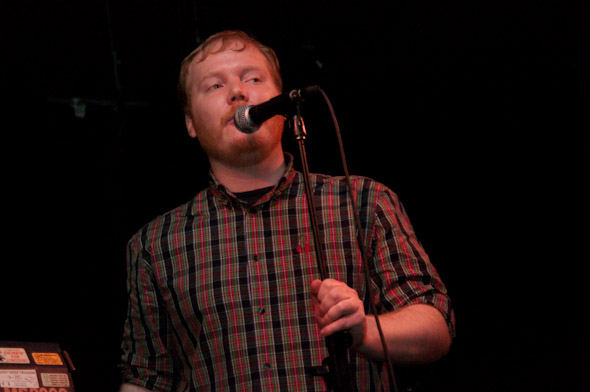 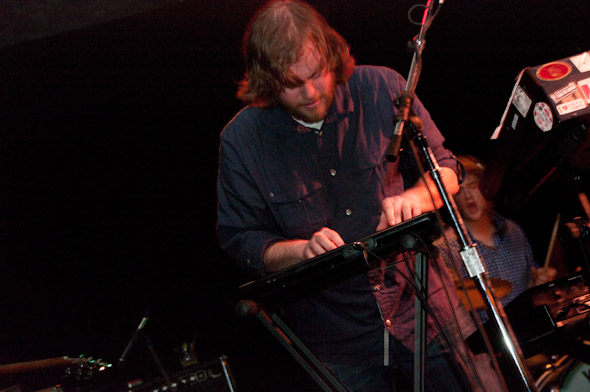 There's still lots of live music to check out. Help make your choice a little easier by seeing what we chose as our top picks for each day in our CMF preview post.