A preview of what's to come at Canadian Music Fest, with Dinosaur Bones, Make Your Exit, and Everything All the Time

Dinosaur Bones celebrated the release of their brand new 7-inch as headliners of the 13th edition of the UNSIGNED Music Series at the Steam Whistle Brewery on Friday night. They were joined on the beer-stained stage by the dance-pop ensemble Everything All The Time and post-rockers Make Your Exit.

Immediately after Make Your Exit played their first few chords I knew I was going to like them, and if the call-outs and singing along from the crowd is any indication, there are already a lot of people who love them. 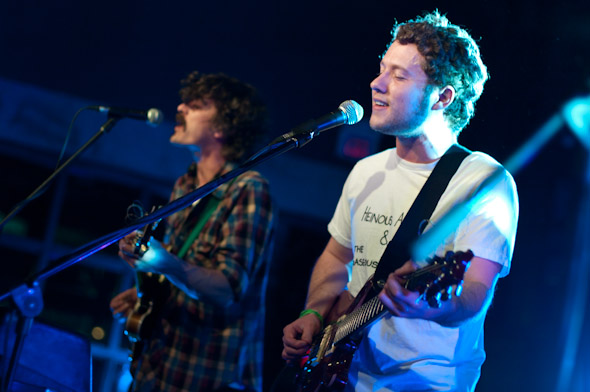 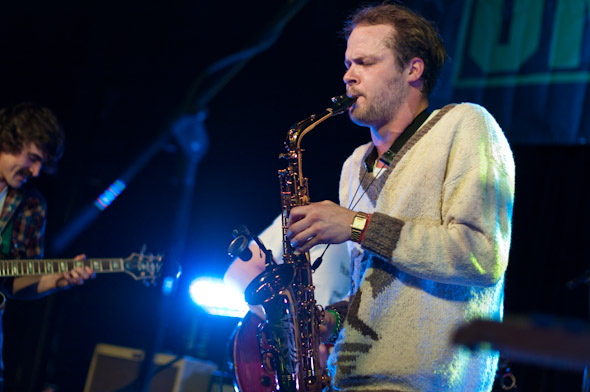 It was too bad that I couldn't hear Oliver Pauk's saxophone very well, but the energy he put into the performance kept my eye on him for most of the show. Be sure to check out their videos for Kids and Through The Winter filmed by Mitch Fillion, the former shot in the long walkway in Spadina Station, and the latter in a subway car full of curious onlookers.

Everything All The Time hit the stage second, bringing their brand of synth-based pop to the adoring crowd. And wow. Was there ever a lot of synth! I counted no less than six keyboards or synthesizers between four of the members, along with Kieran Adams on drums and Alanna Stuart's powerfully soulful vocals providing the finishing touch. Stuart definitely owned the set though, pushing the crowd to dance with as much energy as
she was pouring into the microphone. 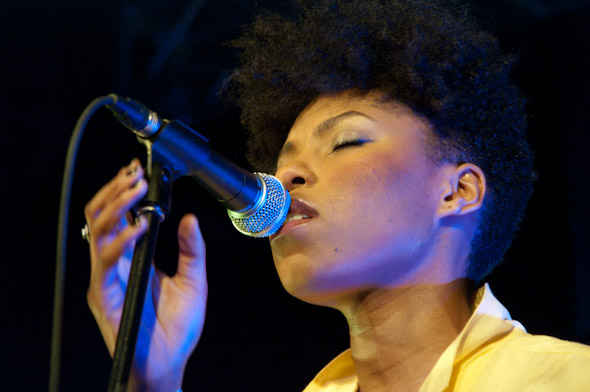 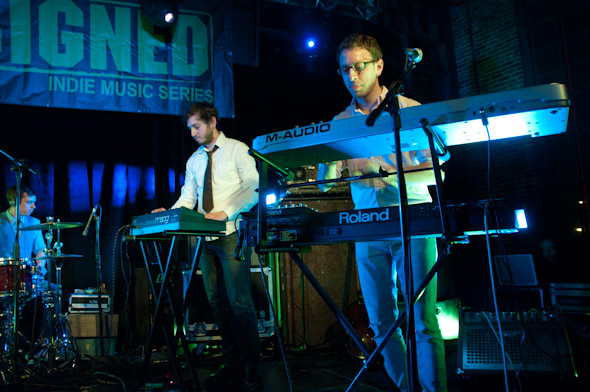 The last time I saw Dinosaur Bones was one year ago at a packed and sweaty Horseshoe Tavern. Since then they've gotten even tighter and continue to put on an amazingly energetic show. 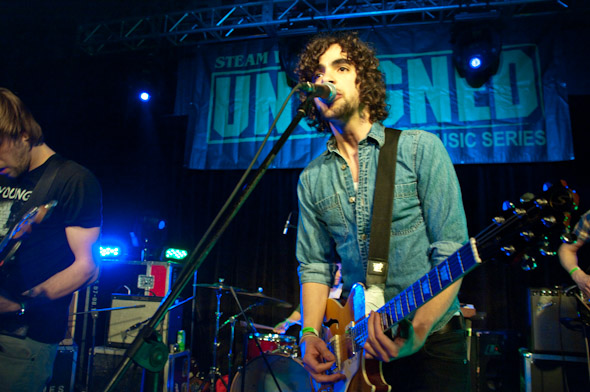 If you haven't seen Dinosaur Bones yet, make sure you do so as soon as possible. They're selling out venues across the city, and if you aren't careful you'll miss out on an opportunity to hear some fantastically broody pop numbers from this great group. 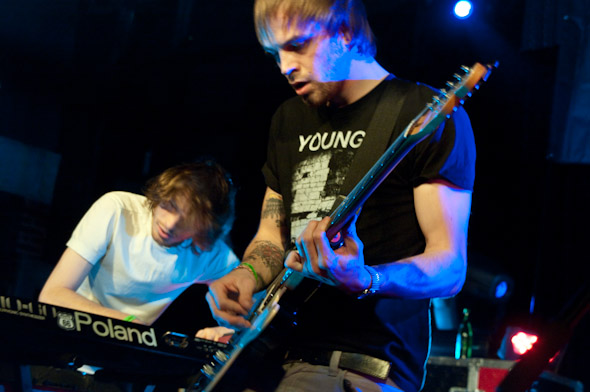 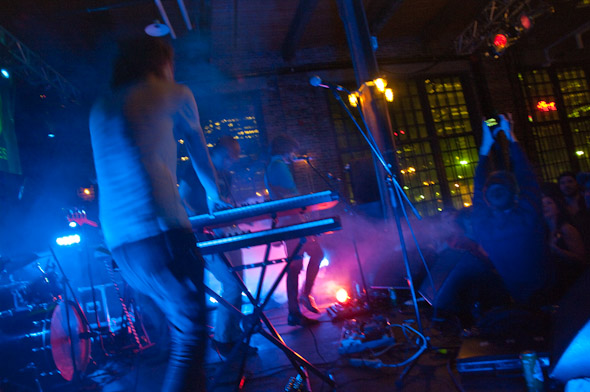 If you want to see any of these bands, you're in luck (if you don't mind running between a few different venues on the same night). All three groups will be playing at Canadian Music Fest on Thursday night (Make Your Exit at the El Mocambo, Everything All The Time at Sneaky Dee's, and Dinosaur Bones at the Silver Dollar).

Check out the Canadian Music Festival schedule for more details.