A Place To Bury the Big Pink

Wednesday's show at the Mod Club saw New York's A Place To Bury Strangers, Britain's the Big Pink, and Toronto's own Katie Stelmanis destroy eardrums and blind the crowd with fervent smoke machines and epileptic strobe lights. It made for some fantastic photos, if nothing else.

A Place To Bury Strangers are one of my favorite bands, and I think one of the most interesting bands from the New York scene. Katie Stelmanis (though I missed her set due to the early show time) has probably the most beautiful and haunting voice in the city. I'm truly irritated that I missed her set.

I wasn't sold on the Big Pink, and I would have rather seen them open for A Place To Bury Strangers. However, they were extremely well-received by the packed crowd. 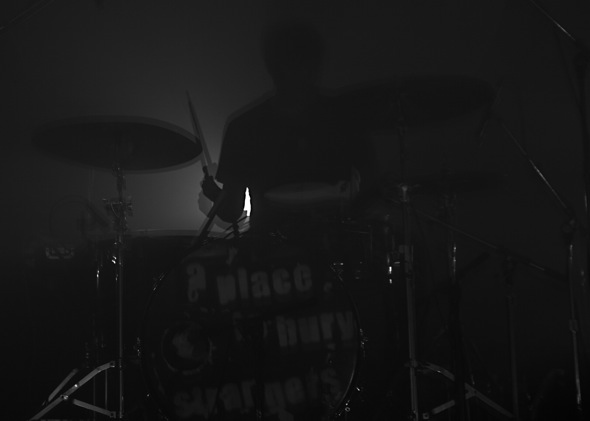 For the longest time I disregarded this band based on their name. I thought it sounded like something a terrible screamo band would conjure up after a night of listening to Alexisonfire. Lo and behold, I am a dumbass sometimes. These guys are easily the best band I was introduced to last year, and I have my buds Jeremiah and Aminda to thank for that. After persistence on both parties parts I gave 2009's Exploding Head a listen, and I was blown away - not just metaphorically, but quite literally too. A Place To Bury Strangers are about the loudest thing I've heard since My Bloody Valentine and their prolific 40-minute wall of noise.

Songs like "Deadbeat" and "The Falling Sun" (off the bands self titled debut) assault your senses with what it means to really feel a song. They sound like an apocalyptic tornado; they sound like what Led Zeppelin meant when they said "When the Levee Breaks." That heavy. 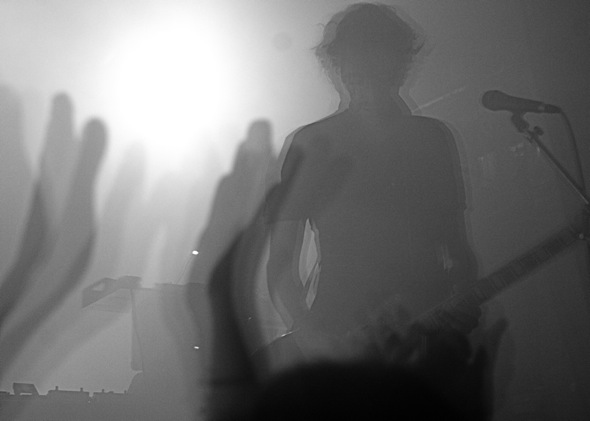 I was so excited and worried about missing last nights show that I almost considered getting a super expensive flight back from SXSW in order not to miss it. Thankfully the band I was driving with made it back in time. And even though it was a really early show (thanks, Mod Club) and I had to wade through more than a few meat heads, it didn't sour the night for me. 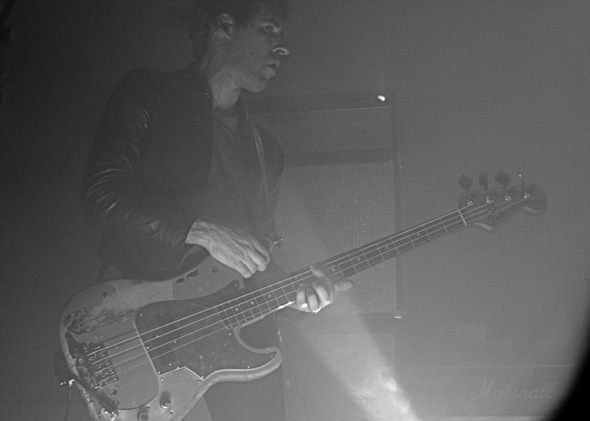 The band played almost the entire show in complete darkness, save for the piercingly bright strobe lights, which later in the show turned into an all out epileptic 4th dimension freak out. Coupled with the smoke machine they were blasting the whole time, it turned the Mod Club into another venue entirely. 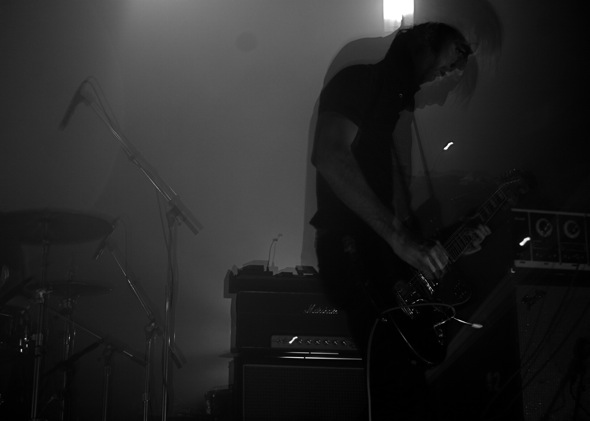 The only other time I've lost myself completely like that in the cocktail of lights, music, and smoke was at the Spiritulized shows in 2003. At those shows someone actually did have a seizure and had to be taken out of the Opera House by the medics, and I was kind of hoping for that to happen again, in a slightly morbid way. I'm pretty sure that makes me a bad person, but whatever.

Jay Space's mix of electric drums and super sharp crash cymbals give a seriously dark rhythm to the noise and squeal of the band. I wasn't sure how he got the particular sound he gets on the records; I thought there would be a lot more effects used, but there was barely any on his part.

Most of the pedals and delays were obviously saved for Oliver Ackerman to tinker around with. He's got a really deep voice and the echo that crawls out of him is deadly. Truth be told, I was kind of surprised to see him walk out onstage; I had always pictured a much more threatening person delivering those songs. 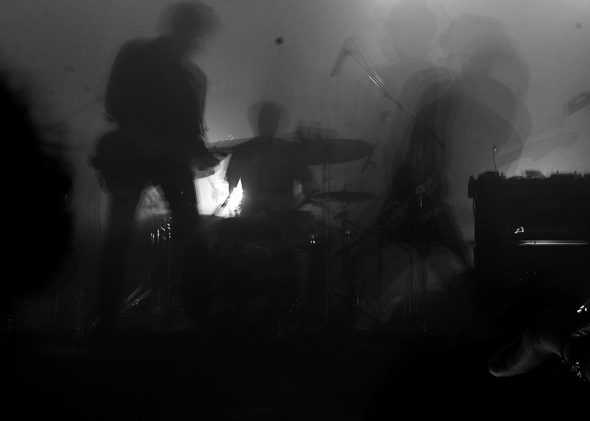 Jono MOFO, the bass player turns what would be straigh- up shoegaze anthems into danceable songs with a hefty punch. As a band, when they come together it kind of sounds like what would be playing in one of those terrible nightmares where you just can't run fast enough away from some shadow. They're the shadows. As a band, they make music that's sharp like a broken mirror and yet as hazy as a demonic shadow chasing you in a dream. They accomplish this by playing in either pitch blackness or blinding white, and, if taken purely on the basis of the records, they're colder than than a sunless dawn. 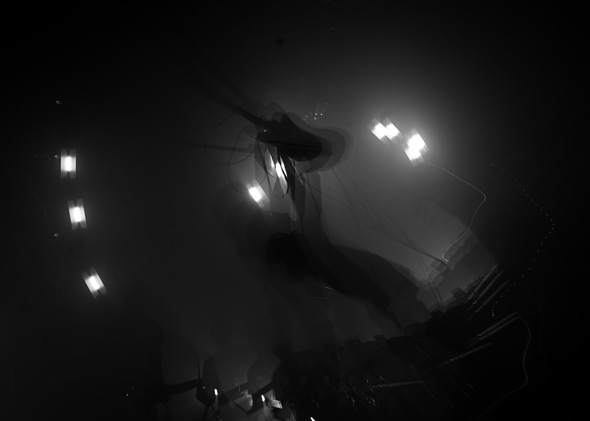 Quite a few people were there just for A Place To Bury Strangers, which was really nice...seeing as I really can take the Big Pink or leave them. The place definitely got much more packed for the Big Pink, but there were far less people losing their shit. 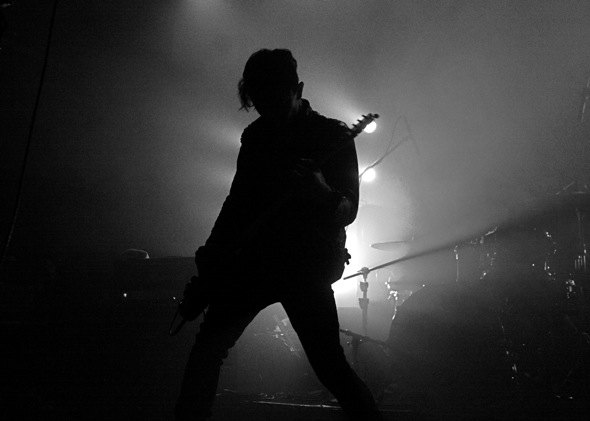 The second Robbie Furze, the ringleader of the group, walked on stage I was set on edge by him. He came out brandishing what appeared to be two glasses of whiskey and grenadine and made the silliest "I'm a rock star" arms above his head pose. It seemed like a bit of an act. 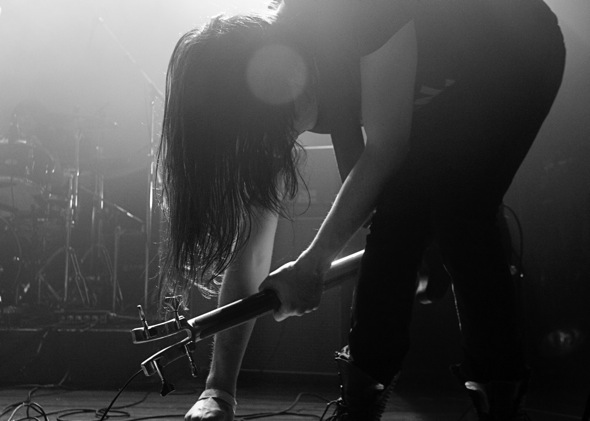 I'm obviously biased towards them because of how strongly I feel about APTBS, and I really really did try to get past that first bump in the road. It might be excusable because the band is so definitely British. The keyboardist, Milo Cordell plays at sampling and synthed-up singing, they have an uber cute girl drummer, and Robbie just drips Electro Britpop. They sound like what Kasabian would sound like covering the Prodigy. 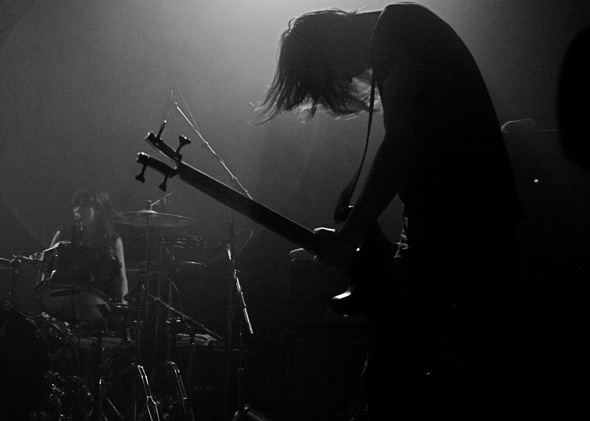 The bass player Leopold Ross, is something else altogether. He's recorded an album with the band Error, a hardcore punk band that boasts members of the Dillinger Escape Plan and Bad Religion. He's been into programming for years and it shows in his bass playing. He has a methodical way of slamming the notes out that takes over the song. 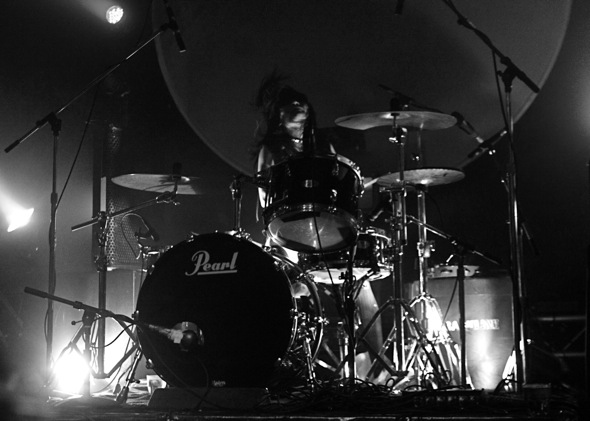 A lot of people have been frothing over their hit single "Dominos", from the debut album A Brief History of Love. I won't even get started on the overproduced vocals and basically boring drumming (and this coming from a diehard White Stripes fan). I think what I don't like about that song specifically is that it sounds like it was born out of a TV commercial. As in, it exists only to further the bands brand, and does nothing for them as musicians. 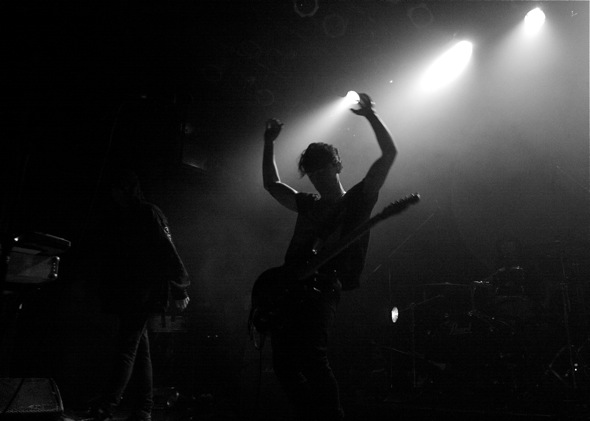 In the end, I think the Big Pink will be very successful, because they sound very good. They play at darkness and mystique, but they're a straight up Britpop dance band (not that there's anything wrong with that), and they'd be awesome in one of those MuchMusic Video Dance Party things. Do they still do those? 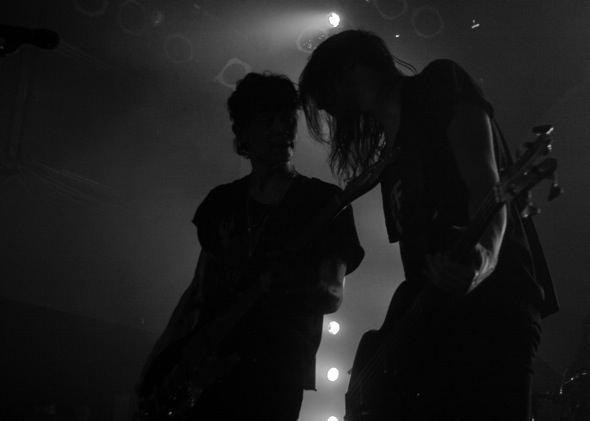 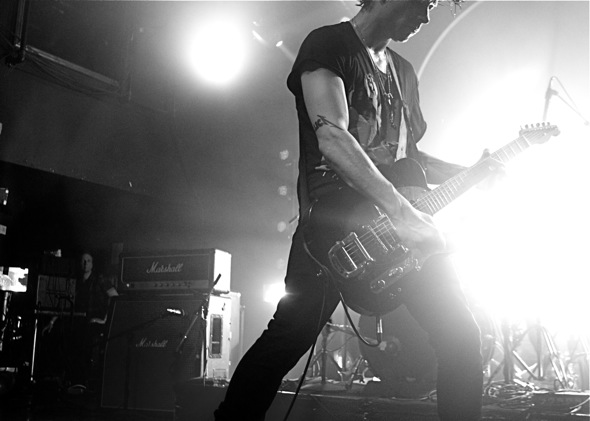 I have not ruled them out as a band, even though I thought their performance paled in comparison to A Place To Bury Strangers, and I honestly am going to get the record and give it a good listen or two, but I can't get over the fact that I think the best (if not most interesting) members of the band are Milo and Leopold.

To see more of my photos from the show, check out my site at ivyleah.blogspot.com