A lot of not-so-hot Air at the Phoenix

When French band Air brought their trippy sound-and-light show to The Phoenix on Tuesday night, I felt like I should be watching a film to the music. But this wasn't a screening of Virgin Suicides. And there certainly wasn't much visually happening on stage... except for the increasingly trance-inducing iTunes-like screen saver patterns on the plain, white sheet behind the band. 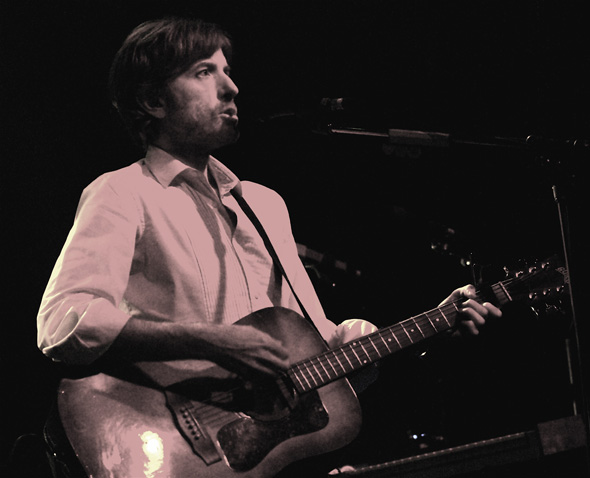 Clad in crisp, fitting white shirts, the keyboard whiz and guitarist pretty much stood in the same spot throughout their 70-minute set, while the drummer caught the glare of the projected lights. 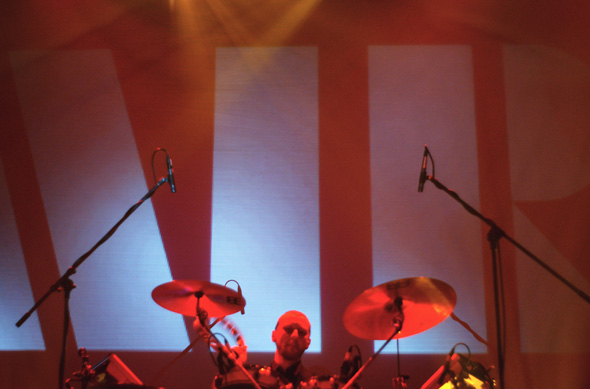 They opened with a trio of new songs off their latest album, Love 2, starting with the single Do the Joy.

It wasn't until after the third song that the lights -- and the band -- began to shine. It's pretty boring to listen to this music in the dark, and it's a pity that they didn't make good use of the giant disco ball in the center of The Phoenix concert theatre.

Without a central visual focus on stage, save for the aforementioned swirly light projection, I felt like this show wasn't much more than a live broadcast of a collection of Air's tunes, with only the occasional keyboard flourish here and there. 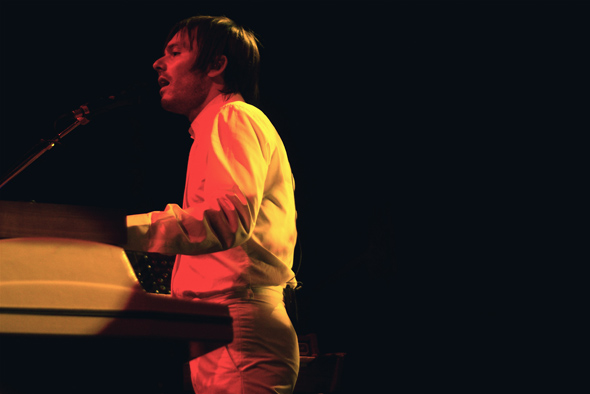 I overheard several French-speaking conversations in the audience. Later in the show, I heard a couple of English folks say, "You need heavy drugs to listen to this." While I caught the occasional whiff of something sweet in the crowd, it was pretty much a stand-in-one-place-and-stare-blankly throughout the night kind of a show. 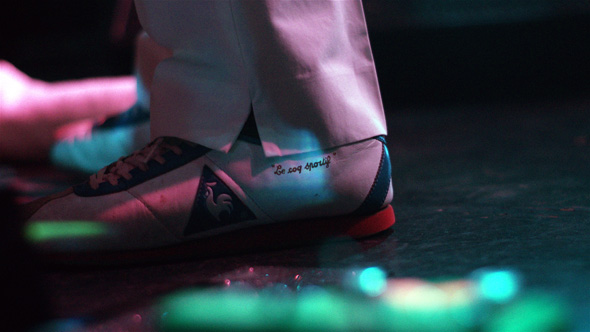 After playing How Does It Make You Feel off their 10,000 Hz Legend album, we got a curt "Merci Beaucoup" and a "You can sing along to the next one," instruction. But it was, strangely enough, the wordless Alpha Beta Gaga tune from their Talkie Walkie CD, featuring a whistling melody. Oh, those funny Frenchmen. 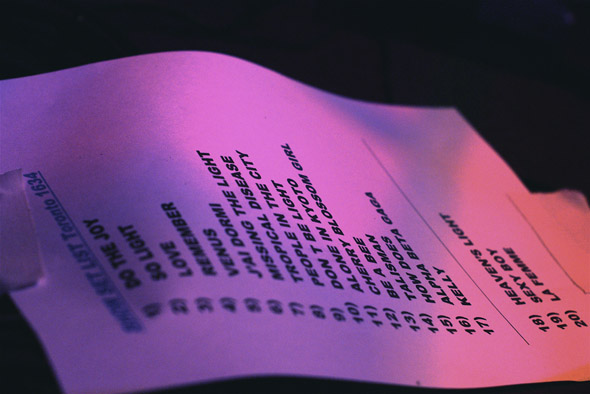 Air ended their set with an overly bass-heavy version of Kelly Watch the Stars!, complete with a game of Pong projected on the screen behind them. By the time Air played perhaps their most familiar tune, Sexy Boy -- also off their Moon Safari album -- during their three-song encore, it was too little too late to get too excited.