Axl Rose and his band, which he still calls Guns N' Roses -- despite being the only remaining original band member -- kept fans waiting over two hours until 11:30 p.m. before taking the stage Thursday night at the Air Canada Centre.

Opening bands Danko Jones and Sebastian Bach were done well before 9:30 p.m., indeed testing the crowd's patience. Many left early or fell asleep during the concert, in spite of the many blasts of pyrotechnics that helped keep Rose's ego elevated throughout the ordeal. 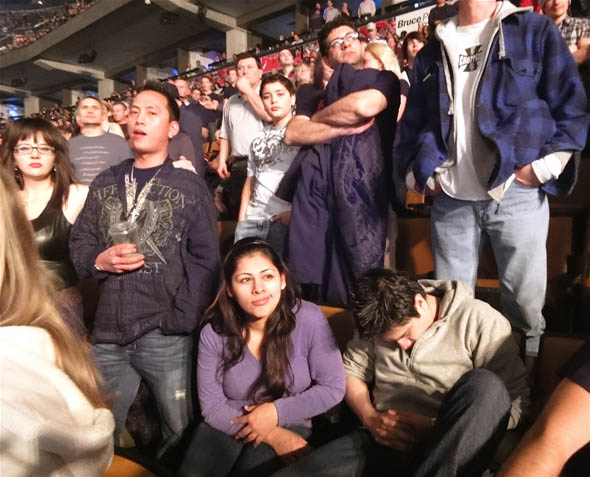 Not even an hour into Guns N' Roses' set, I noticed a young man fast asleep in the row behind me. He remained in deep slumber throughout the show. And who could blame him? Guns N' Roses appeared only three-and-a-half hours after the scheduled start time. And the show was slowed by too many songs from Chinese Democracy. Or perhaps just too many songs altogether. 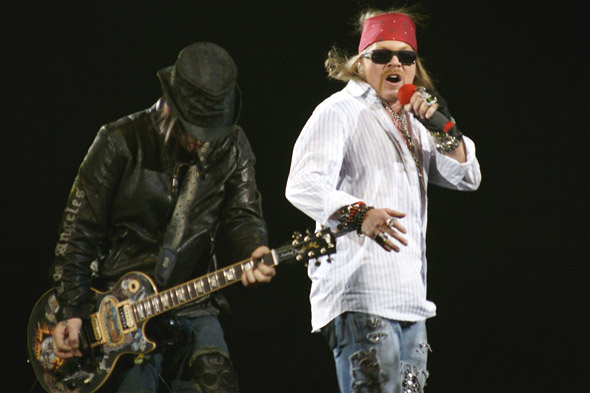 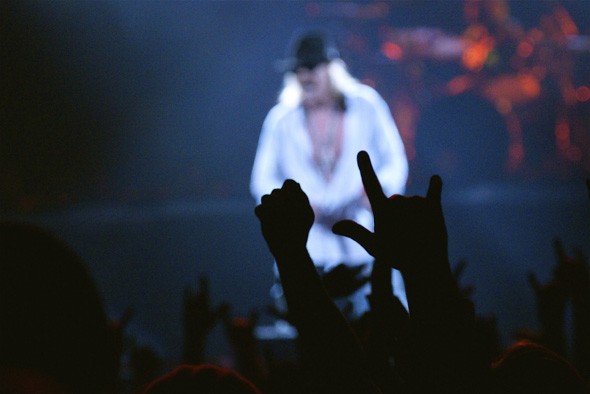 Welcome to the Jungle, which got crowds riled up early on. While Sweet Child O' Mine came late in the set, it still got fists pumping and devil's horns thrown up high in the air.

My favourite moment was when Rose took to the piano for November Rain. 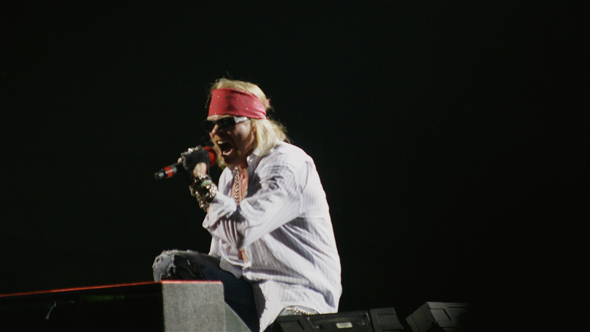 Rose's voice was full of gusto and hasn't lost that powerful but nasally screech he perfected on Appetite For Destruction back in '87. I was surprised he had so much energy and stamina for an aging rocker, now almost 48 years old. He spent much of the night prancing about the huge stage, often times running out to the front of the three catwalks that jutted out into the audience. 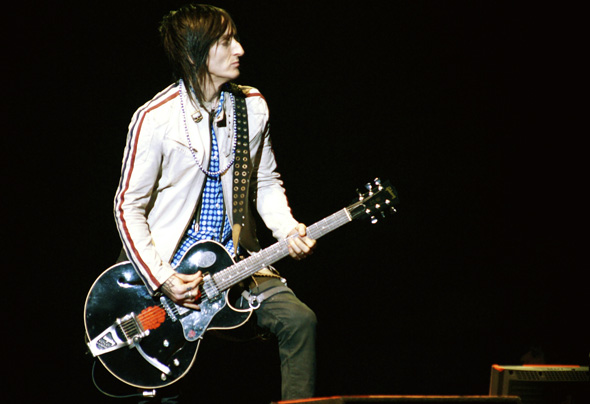 There were several guitar solos throughout the night. Not that it made up for the absence of Slash. It was generous of Rose to allow his band members a chance to shine in the spotlight, while he changed out of at least four sweaty shirts. 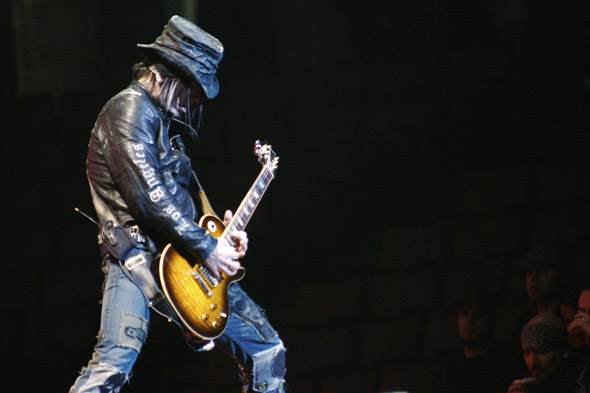 At one point, well into the show, Rose dedicated a song, Catcher in the Rye, to JD Salinger, who died the day before. Perhaps a kindred spirit. 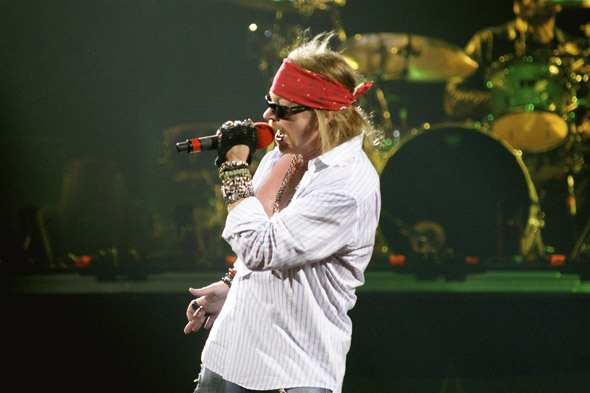 I wasn't the only one annoyed that my patience wasn't rewarded by the song Patience off G N' R's 1988 Lies album. For those who stuck around until 2 a.m. on a weeknight, they'd have heard Paradise City, which closed the blazing two-and-a-half hour set.