A Feverish Farewell to Oh No Forest Fires!

A passionate and interactive crowd of friends gathered at the Horseshoe on Saturday night for the last ever show from Toronto's Oh No Forest Fires, who announced their break-up via myspace just a few weeks ago. Drummer Adam Nimmo described the night perfectly: it wasn't a funeral; it was a prom where a bunch of old friends got together to dance with their best clothes on.

I arrived at the Horseshoe just in time for Arietta, having missed out on earlier sets from Songs From a Room and The Darcys. I was particularly bitter about missing the Darcys, whose recent video session with Southern Souls offers a glimpse at what they're capable of.

Arietta hit the stage around 11:30 as the primary support act for their long time friends and former tour mates in ONFF. Frontman Tyler Johnston darted back and forth across the stage with a microphone in hand, leaning forward as he screamed into the faces of the front row. Shehzaad Jiwani had an incredible show, driving Arietta's aggressive songs with tightly executed punk rock drumming. 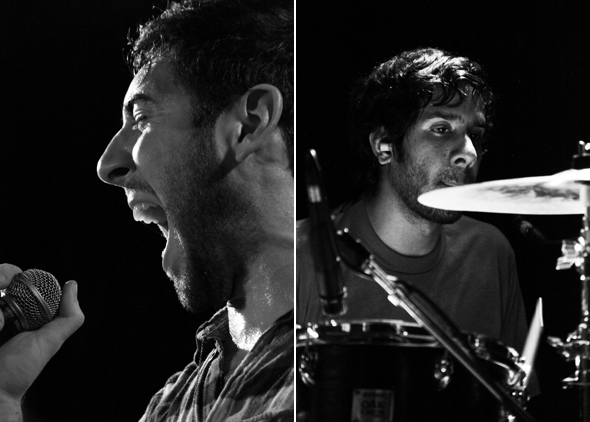 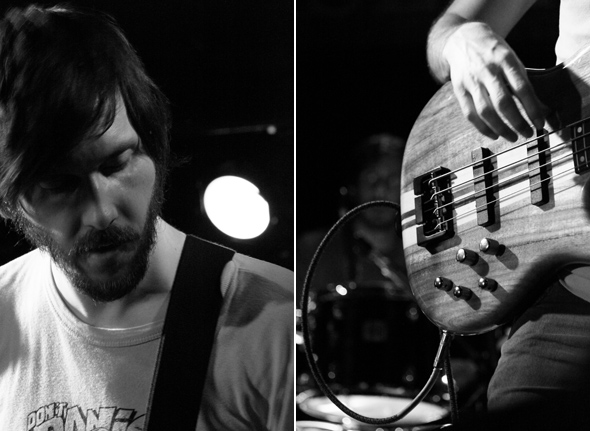 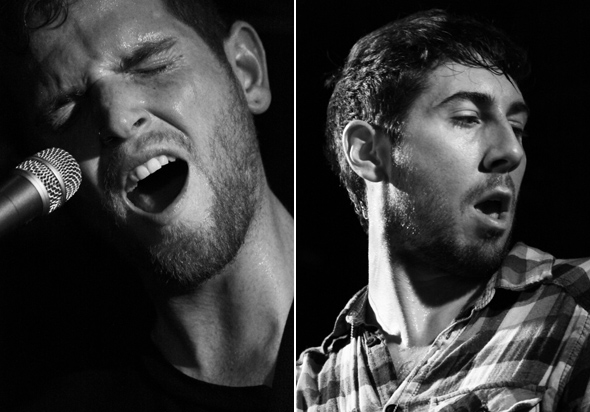 Arietta's high energy performance was undeniably entertaining, and their angst-ridden sound set the tempo perfectly for the last set from Oh No Forest Fires. Known for their intense and sweaty live shows, ONFF took to the stage one final time to deliver a chaotic conclusion to the tale of yet another band to call it quits too soon. 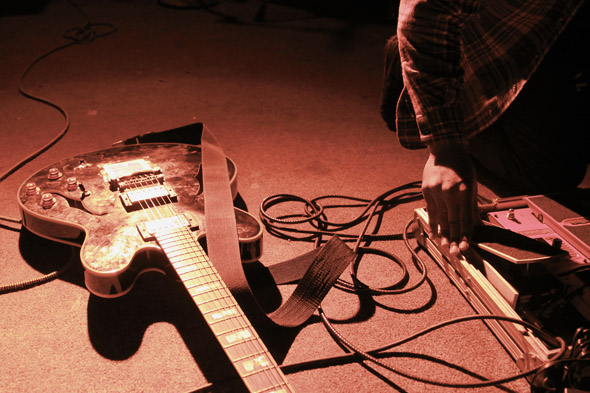 The Horseshoe was buzzing with anticipation despite the rising temperatures and the stench of spilt beer and sweat. Photographers were scattered across the front of the stage hoping for a good shot of frontman Rajiv Thavanathan, who was in a perpetual state of motion from start to finish. His long shaggy hair and thick beard were soaked with sweat within a few songs, sticking to his fogged up glasses as he jumped around. 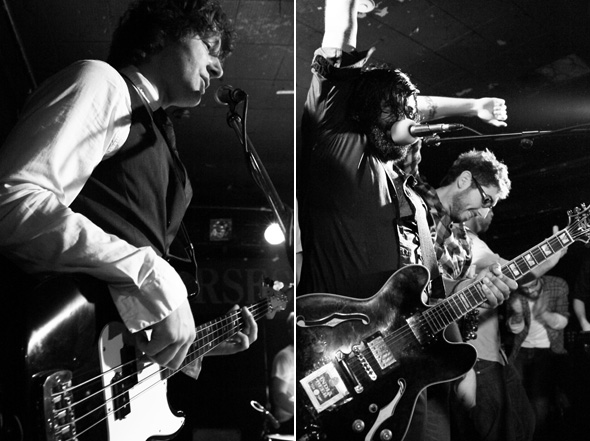 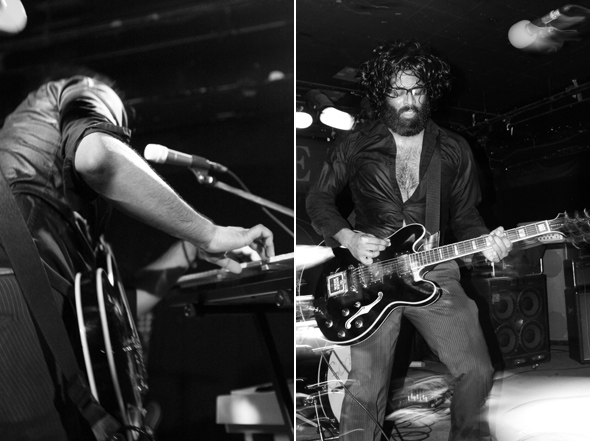 Each of the four members of ONFF took turns lamenting the demise of their band while praising the experiences and relationships that came with the journey. Drummer Adam Nimmo hadn't even finished their farewell set before he began announcing his hopes for future reunion shows in between dropping NBC jokes and making Conan comparisons. 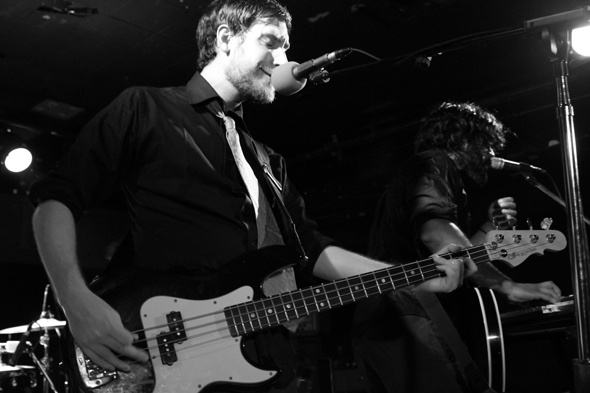 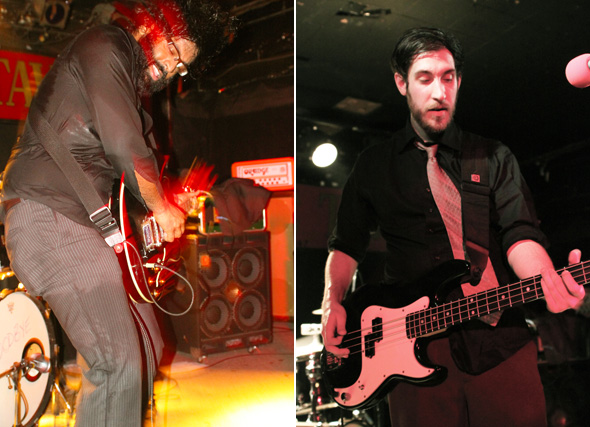 Oh No Forest Fires generously donated all door proceeds to Partners in Health to raise funds for earthquake relief in Haiti. Not only were fans treated to a cheap show in support of a vital cause, but ONFF sweetened the deal with by announcing that they will be releasing a collection of six newly recorded songs for free download in the immediate future.

The songs were recorded earlier this month and are currently being mastered for release as the Wants To Try Something EP. Grab the first track 'Spontaneous Changes In Isolated Systems (Song for Bobby)' - (MP3). 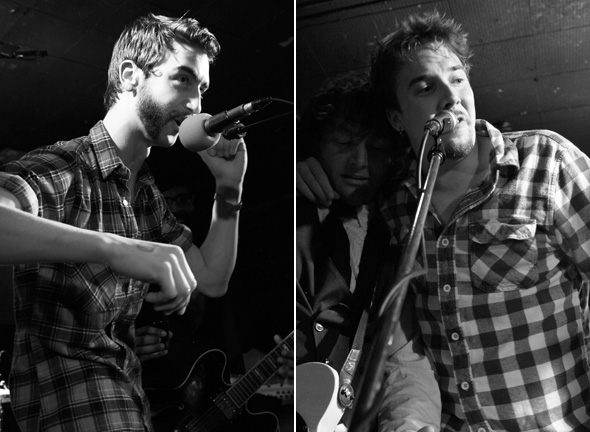 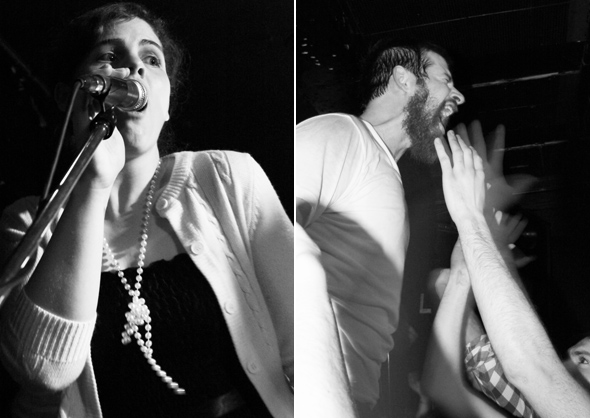 For their last encore song, ONFF invited fans, friends and fellow musicians up on stage for the final jam. Within seconds of the invitation the stage was full and the band disappeared into a mess of flailing limbs and shared instruments.

It's a shame to see such an unabashedly hyperactive and creative group split, but the goodbye party made for one hell of a night. Maybe I'm just in denial, but the evening ended on a high note of camaraderie and optimism that failed to extinguish the blaze of ONFF.