Well, what can I say? The boys from Telephone Explosion, arguably one of the city's best indie music labels, really know how to throw a birthday party. The label just turned two years old in a music scene where breaking even is a pretty profound feat. To help them celebrate, they had Peterborough's Sun Ra Ra (who I unfortunately missed due to being at the Garrison for the Whale Tooth and Anagram show), Toronto's own Actual Water, Ottawa's Holy Cobra's and Montreal's finest, Demon's Claws.

Looking back, I almost can't believe what I just witnessed. It's about 4 a.m., and I'm trying to get this all down now, despite the realization that when I arrive to work later this morning, I will be both severely tired and probably still a little drunk. If my boss is reading this, I am sorry. 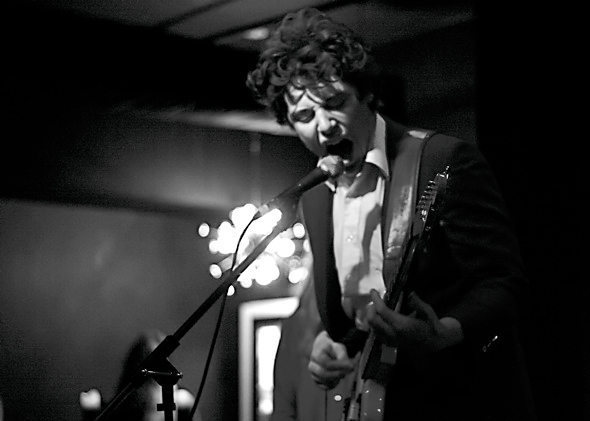 was filled with debauchery-seeking music lovers dancing and drinking their way to something near salvation. This was hands down the best show of the month, and maybe even a contender for best show of the year... in my opinion anyways. It was a showcase of some of the label's best artists (too bad the San Francisco bands couldn't make it!), and the show really reinforced why local indie labels are so necessary. Without the hard work and insane dedication of people like Jon Schouten and Steve Sidoli (who are also half of 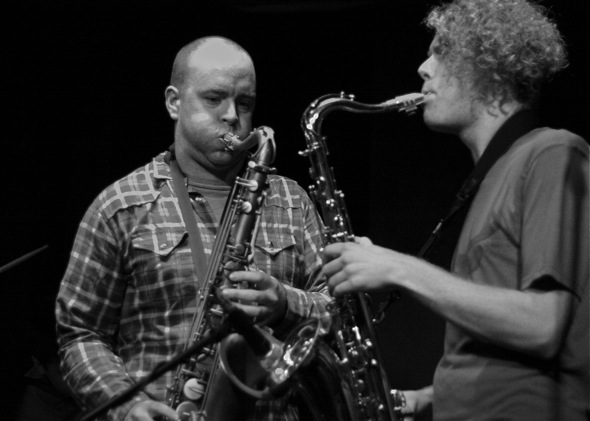 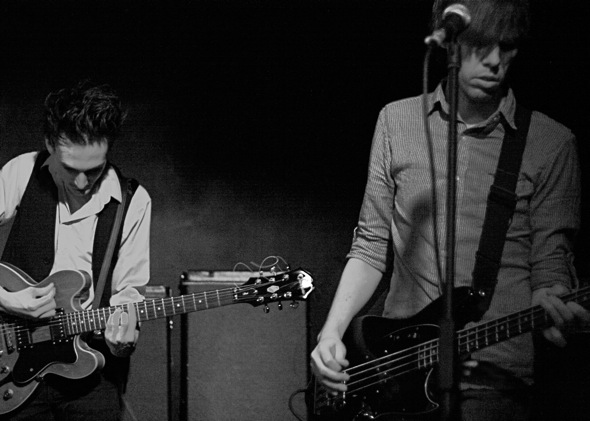 ), Toronto would be missing a vital link to this generation's culture. They provide anyone who wants it a sampling of some of the most impressive bands around today. 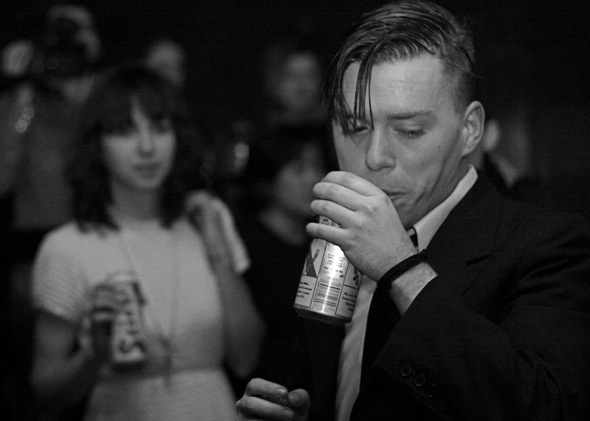 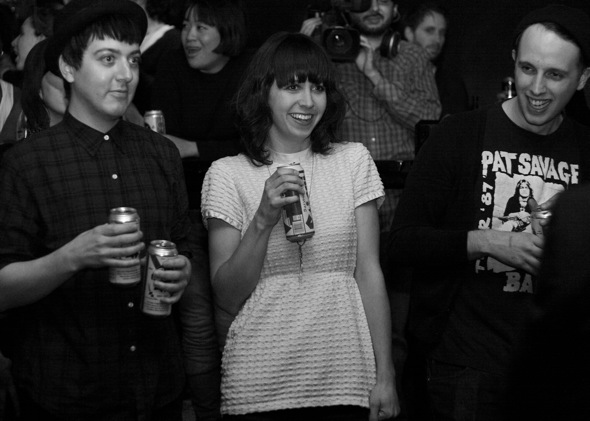 Actual Water are near the top of my list of favorite Toronto bands. They're very loose and jam-based, but Matt McDonough's bass playing is consistent enough to carry the squealing saxophones and jagged guitars. They do sound a far bit different live than recorded, though. Every time I've seen them they've blown me away. They seem like a collective more than a band; everyone just goes for it and doesn't hold back. 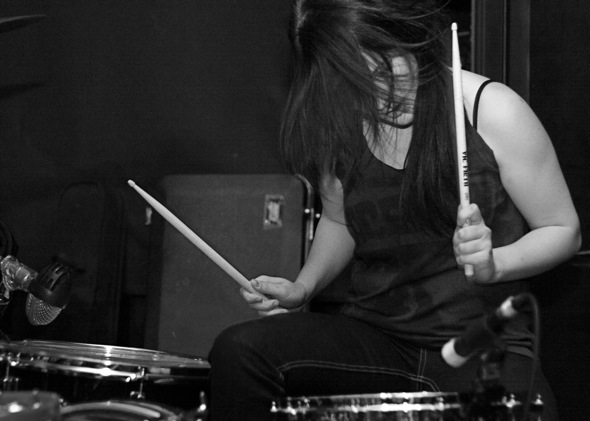 Holy Cobra's are incredible. The only category I can think up to describe them is "doom soul." They sound as if Ike and Tina Turner were a bunch of white kinds playing in a punk band. And this was easily the best show I've seen them play. 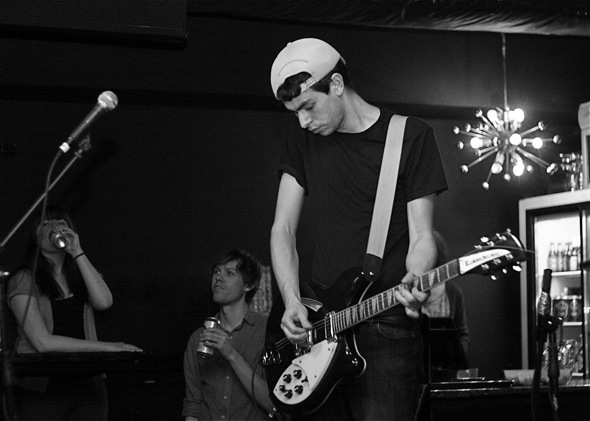 The kickass chick drummer alternated between the demonic and the reserved throughout the set. I absolutely love the way she drums -- partially because she looks like a super young Peg O'Neill (of the historic garage band The Gories). They've got the right amount of reverb (which has a special place in my heart) and effects pedals, and it creates this interesting blend of music that nevertheless remains stripped down and raw.And then there were Demon's Claws. Good God, I don't even know where to start. I'm surprised I was able to get photos of them at all because I spent most of the time dancing my ass off like a crazy person. There's absolutely no way you can get around the fact that they're a seriously fun group.

A straight up garage punk band -- something that Montreal is great at producing -- they just reek of overly available vices. I'm in love with the song "Trip To the Clinic." It reminds me of a Johnny Cash tune played through a crystal ball. 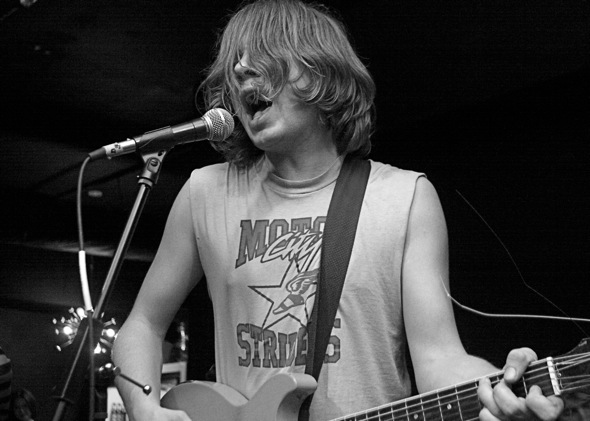 They're catchy as hell, and actually pretty talented musicians too, despite what their raw style might have you believe.

If I could see them play every day for a month, I'd still be wishing I could see them more. They're what I love most bands from this generation. They use all the best parts of classic sounds, but they sound like they don't give a shit about classic music. They're hard and heavy and if the band somehow morphed into an actual person, I'd probably try to take him home. 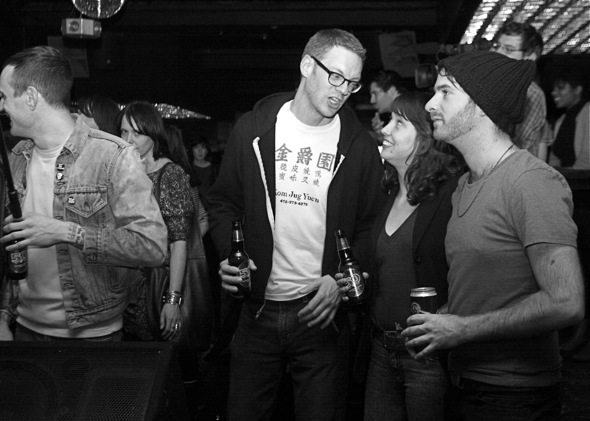 Telephone Explosion is two years old, and I can't wait to see what this year has in store for them. Expect great things because they won't disappoint. And grab a cassette from them before they're out of print! 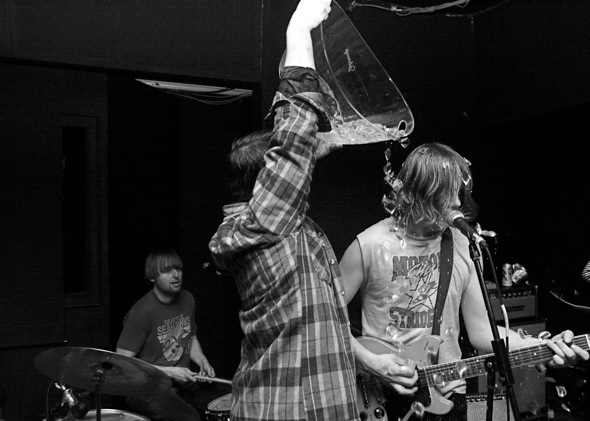 To see more of my photos from the show check out ivyleah.blogspot.com